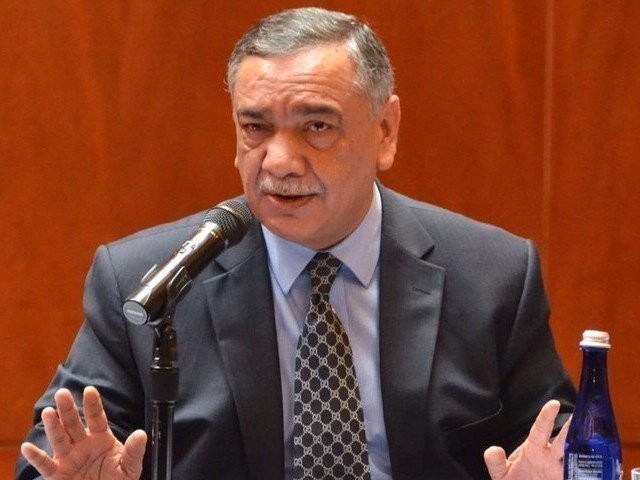 Women have to be empowered in all walks of life says CJP Khosa. PHOTO: EXPRESS.

LAHORE: Chief Justice of Pakistan (CJP) Justice Asif Saeed Khosa on Sunday hinted at the inclusion of two women judges in the Supreme Court in the near future.

Addressing the concluding session of the Women Judges Conference in Lahore, the CJP praised the performance of women judges deputed at district and high courts.

“Our women judges have proven their abilities through their verdicts and by the way they have handled complex cases,” said Justice Khosa.

“We have as many as 300 women judges in district courts and we hope to soon have at least one or two in the Supreme Court. I had the opportunity to propose two names and they are being actively considered.”

The CJP spoke about how the working environment affected women judges in Pakistan as he urged them to remain confident in their abilities and relaxed in their demeanour.

He said some of them were passing harsher judgments trying to prove a point to their male counterparts.

“Women judges have to take certain steps to survive in the male-dominated environment,” said Justice Khosa, “But all judgments should be passed according to the law. Be firm but also be fair.”

The CJP said Pakistan’s courts have been working for the protection of women’s rights for the past 50 years, adding that for the country’s prosperity it was essential to ensure that women are empowered in all walks of life.

He said the constitution ensures equal rights and treatment of all citizens including minority groups.

“The Holy Quran also time and again stresses the need to ensure justice for all. Allah loves those who are just.”

Justice Khosa also spoke on the need for coordination among the bar and the bench. “These are two wheels of the judiciary and effective coordination between them is essential for the delivery of justice to the masses.”

He stressed that it is the judiciary’s responsibility to provide justice to the people as they had placed their faith in the courts.

He said that it was absolutely vital to enforce the law and maintain order for the development of Pakistan.