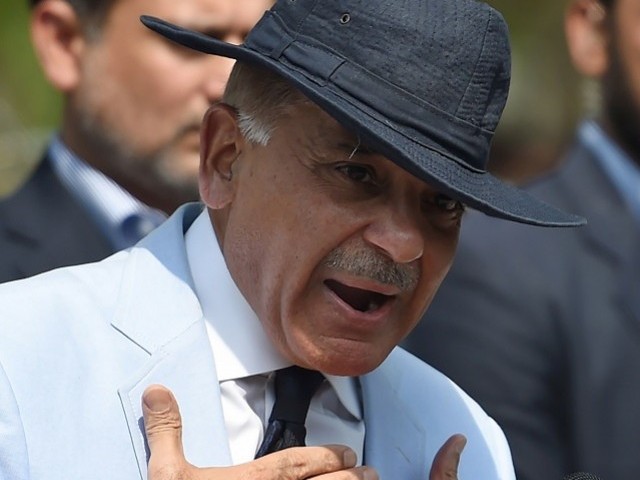 LAHORE: As the government continues deliberations for the appointment of a new chief election commissioner (CEC), PML-N President Shehbaz Sharif has proposed three names for the post in a letter to Prime Minister Imran Khan.

In the letter, dated November 25, the opposition leader in the National Assembly, who is currently in London for the treatment of his brother and former prime minister Nawaz Sharif, has proposed the names of Nasir Mehmood Khosa, Jalil Abbas Jillani and Akhlaq Ahmed Tarar for the post of CEC.

“Article 213 (2A) of the Constitution required that ‘the prime minister shall in consultation with the leader of the opposition in the National Assembly forward three names for appointment of a commission to a parliamentary committee for hearing and confirmation of anyone…’, Shehbaz explained the due process in his letter which should be followed in this regard.

He complained and added, “In my opinion, the consultative process required under the above provision should have been initiated by you [PM Imran] much earlier.”

“However, in an attempt to avoid possible discontinuity in the functioning of the ECP which is a constitutional body, I am taking the initiative after a long wait with a hope to hear from you.”

He stressed on the need to carry out consensus-oriented consultation in accordance with the binding judgements of the Supreme Court of Pakistan.

“Unfortunately, my cogent arguments were not accepted [in my letters to you regarding the appointment of ECP members for Balochistan and Sindh] and no such consensus-oriented consultation took place in the case of the appointment of the two members, resulting in [a] deadlock in the parliamentary committee,” Shehbaz told PM Imran in the letter.

He urged this time, the government and the opposition must endeavour to avoid any such impasse by making, “serious, sincere and genuine effort to evolve a consensus by [a] mutual discussion of the merits and demerits of the concerned candidate”.

Justice (retd) Raza has already warned the government that the Election Commission of Pakistan (ECP) would become ineffective from December 7 if his replacement was not appointed before his retirement on December 6.

Sources had revealed the CEC had written a letter to the parliamentary affairs secretary in which he had pointed out that two members of the commission, one each from Sindh and Balochistan, were yet to be appointed.

The CEC also had clarified with the absence of the CEC and two members, the ECP would not be able to make any decisions.