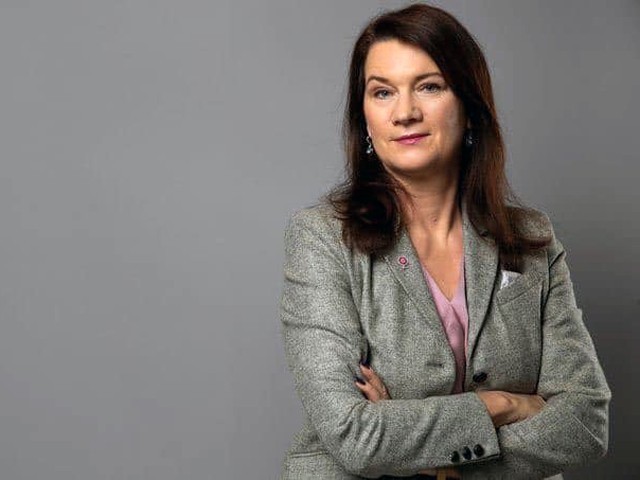 Joining the list of European countries that have expressed concern about the security lockdown and communications blackout in Indian Occupied Jammu and Kashmir, Sweden has urged New Delhi to lift the restrictions in the territory at the earliest.

India has thus far looked the other way at such criticism of the situation in IOK, saying revoking special status of the disputed territory and clampdown are a purely ‘internal matter’. Except for a controversial visit by a group of far-right members of the European Parliament, diplomats have so far not been allowed to travel to Kashmir.

Sweden’s Foreign Minister Ann Linde, who will be part of a delegation accompanying King Carl XVI Gustaf and Queen Silvia on a state visit to India in December, told the Swedish parliament that the country did not want the situation to escalate in IOK and that any long-term political solution must involve Kashmiris, Hindustan Times reported.

Earlier this month, German Chancellor Angela Merkel and Finland’s Foreign Minister Pekka Haavisto said during their visits to New Delhi that the situation in Kashmir is “not sustainable”. They too called for lifting of restrictions imposed after the Indian government revoked IOK’s special status on August 5.

There was no response to Linde’s remarks from Indian officials.

Answering a question in the parliament, Linde described the situation in Kashmir as “worrying” and said Sweden and the European Union (EU) supported a “bilateral political solution through contacts between India and Pakistan”.

“We emphasise the importance of respect for human rights, that an escalation of the situation in Kashmir is avoided and that a long-term political solution to the situation must involve Kashmir’s inhabitants. Dialogue between India and Pakistan is crucial,” she said.

Swedish Ambassador in New Delhi Klas Molin, in a recent interview, also said that his country and the EU have a “principled” view on Kashmir. “We know it’s longstanding, it goes back decades and I think we also have said consistently that because it is historically bilateral in nature, it can only be solved reasonably through negotiations and discussions between the two concerned parties, India and Pakistan.”

Molin also said diplomats should be allowed to visit Kashmir to assess the situation for themselves. “I think it’s in the nature of the beast that is the curious diplomat to travel in the country of assignment. So I would personally love to visit Kashmir for all kinds of reasons and engage as we do in other parts of India with the population, with politicians and civil society,” he said.