In pictures: Student Solidarity March calls for restoration of unions

In pictures: Student Solidarity March calls for restoration of unions

Studen­t unions have been banned since 1984
By News Desk
Published: November 29, 2019
Tweet Email 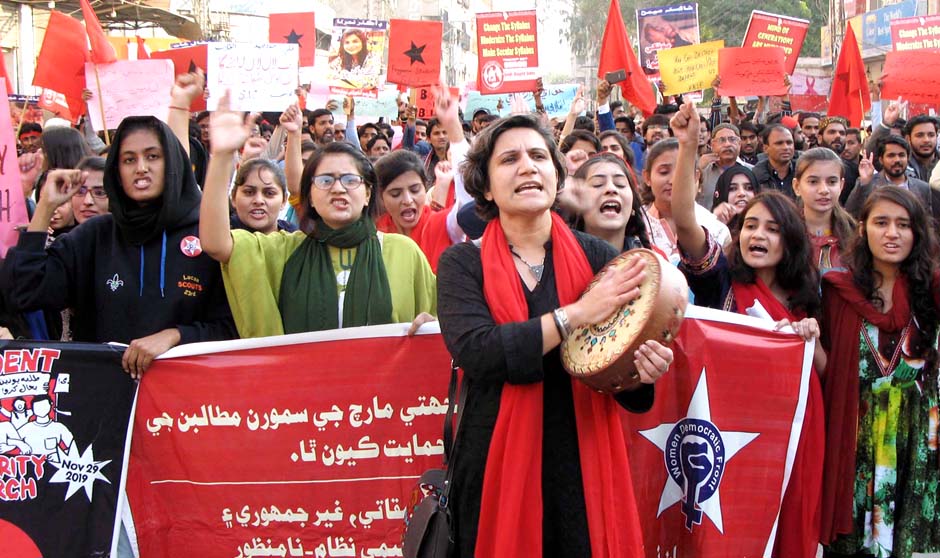 People from various walks of life – including students, rights activists and supporters – on Friday took to streets across the country to join the Student Solidarity March for the restoration of student unions – that have been banned since 1984.

The march in dozens of cities received messages of support from several political leaders.

He added that his mother’s [late Benazir Bhutto] efforts to lift the ban were thwarted in order to “depoliticise society”. In 1989, Benazir reversed the ban, but her decision was challenged in court.

end to privatization of public universities, implementation of sexual harassment legislation, right to student housing & the demilitarization of campuses. The spirit of activism and yearning for peaceful democratic process from a new generation of students is truly inspiring. 2/2

Minister for Science and Technology Fawad Chaudhry also took to the microblogging site tweeting in favour of the march.

Students in Islamabad said they welcomed his tweet but wished his government would follow it up with legislation to help them.

Students who want admission in colleges and universities have to sign an affidavit, along with their parents that says the student cannot participate in any mobilisation or political activity on campus.

Demonstrators gathered at Regal Chowk, opposite the electronic market in Saddar, a little before 3pm. They are mostly students, dressed in black with red dupattas around their necks.

They marched for their demands – the provision of merit-based, quality education in all institutions, an end to racial, religious, and gender-based profiling of students, withdrawal of the recent fee hikes and restoration of the HEC’s budget, constitution of legal committees for sexual harassment cases with students’ representation, uniform curfew timings irrespective of gender, and the lifting of the ban on student unions as per Sindh Assembly’s resolution and for the rest of the country to follow suit. 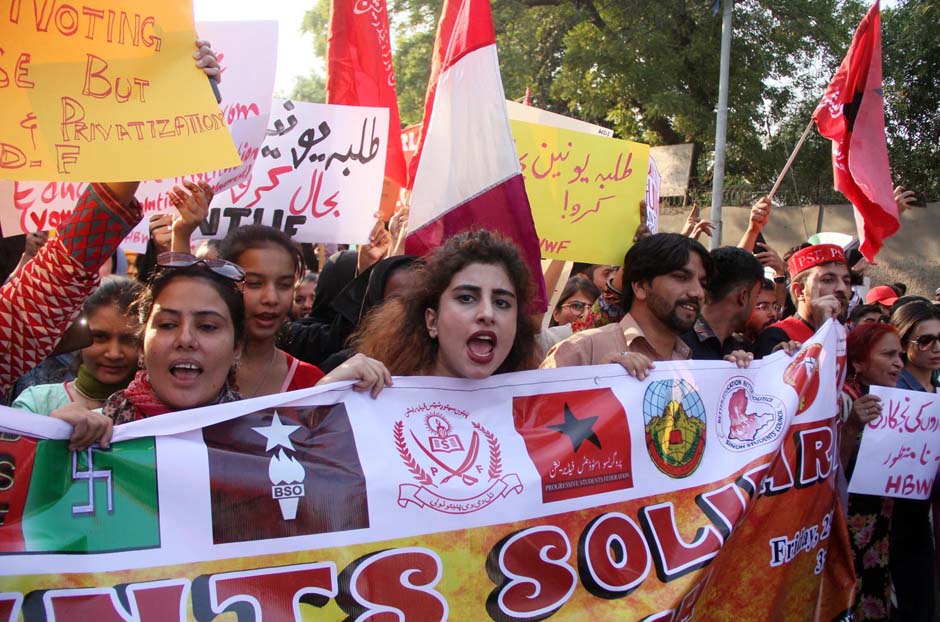 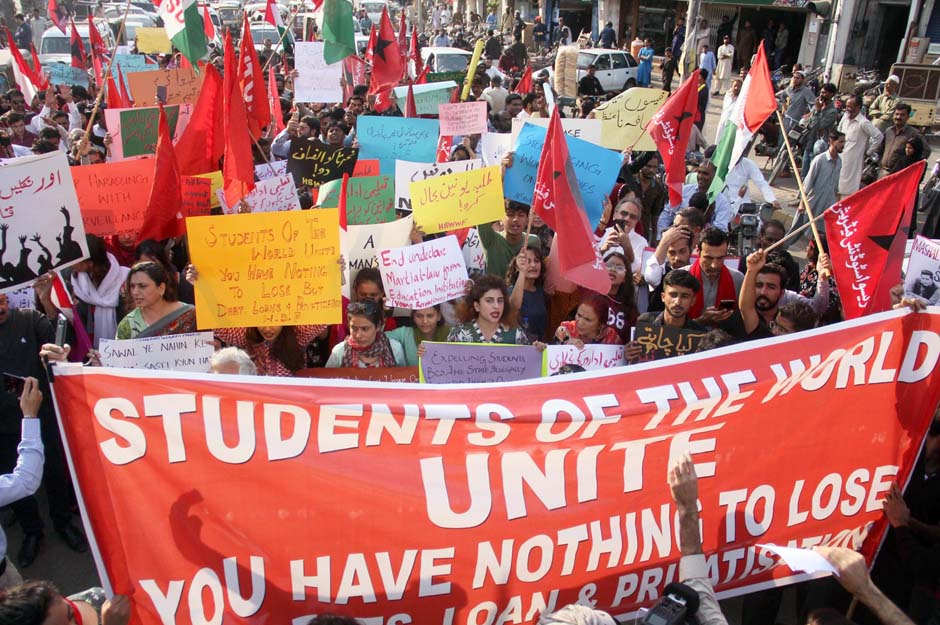 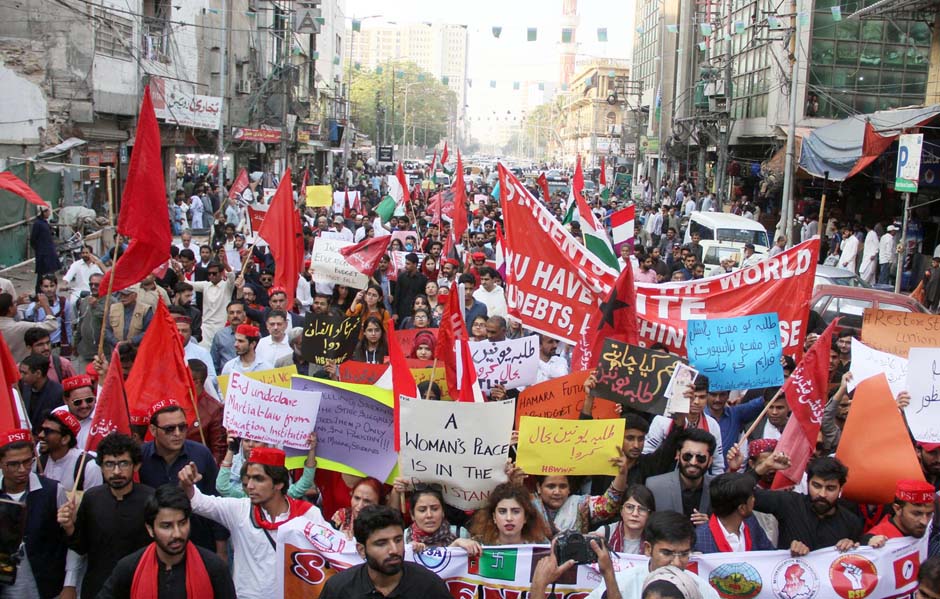 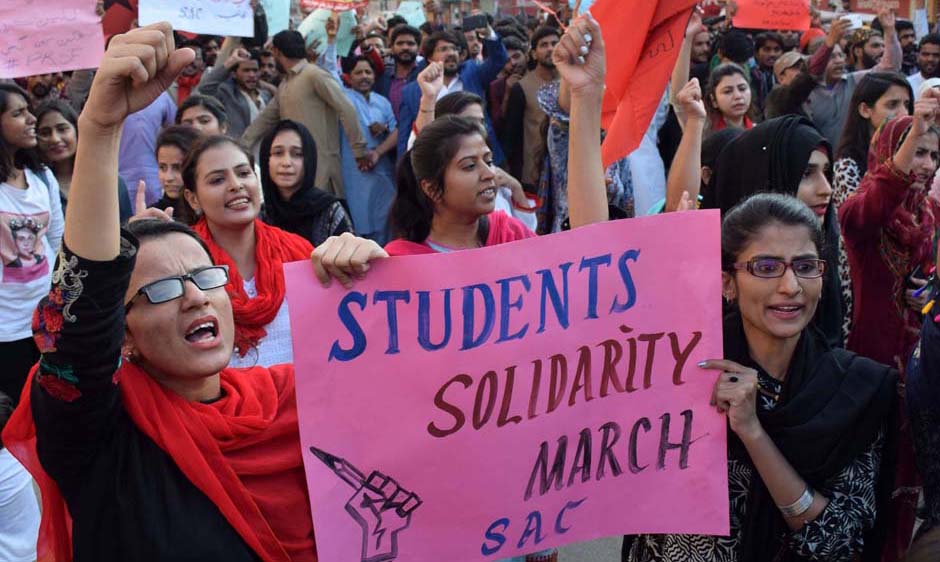 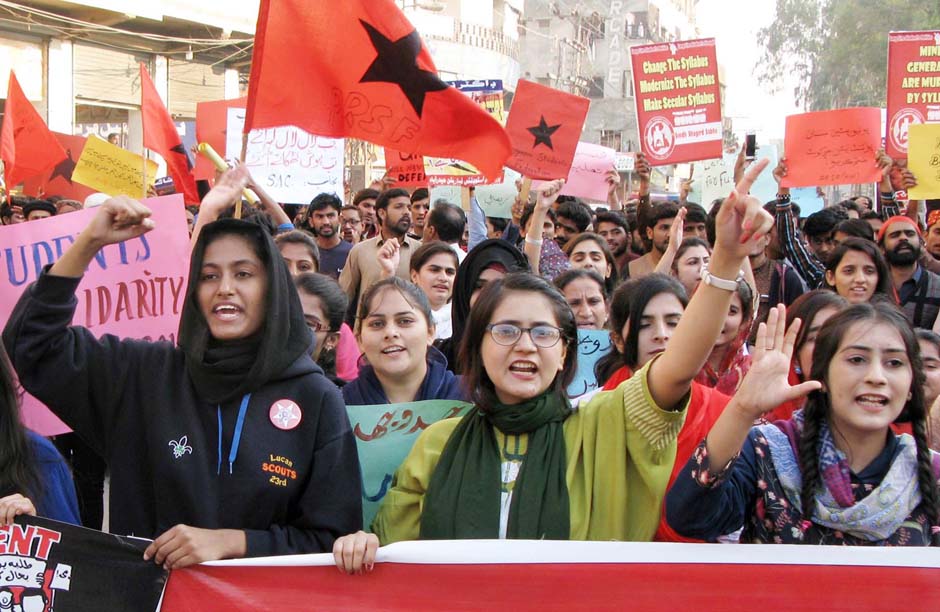 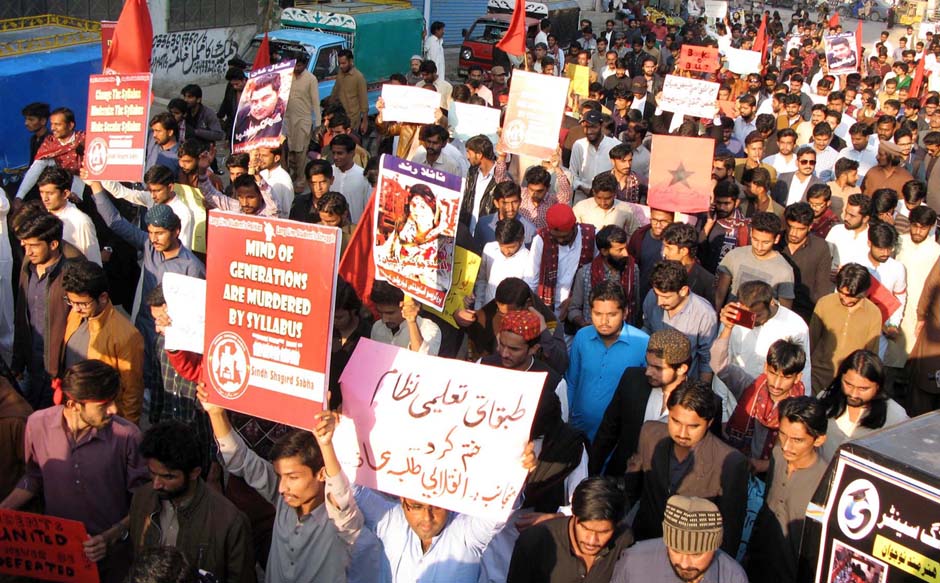 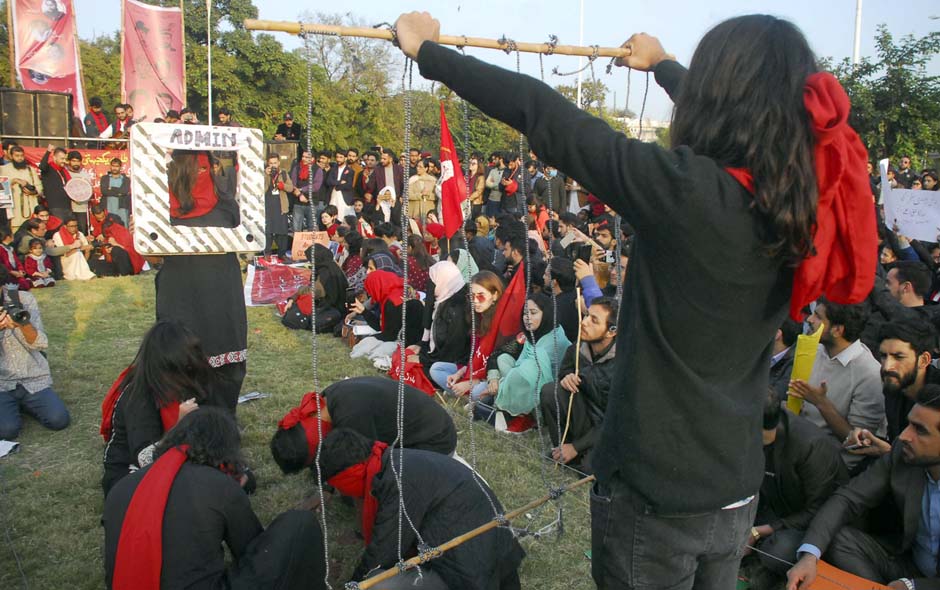 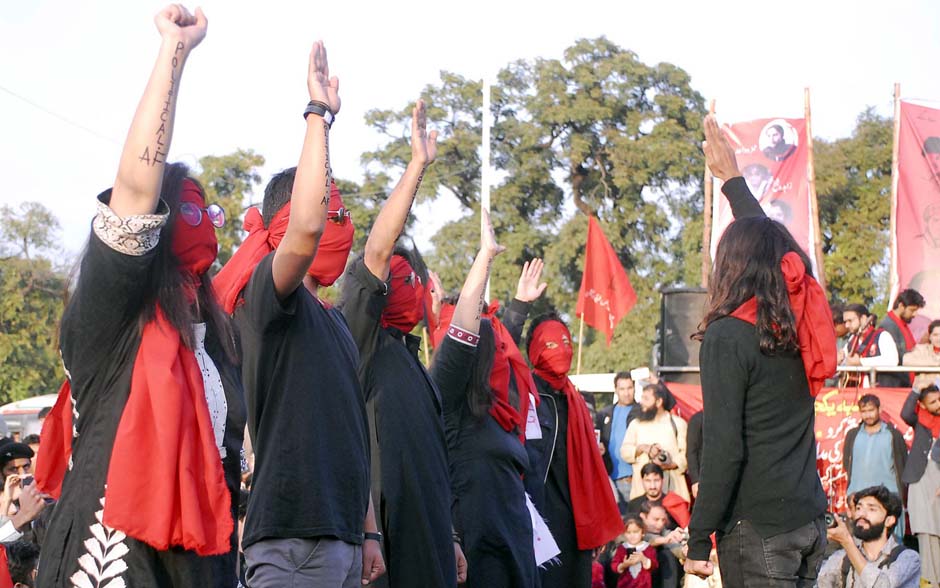 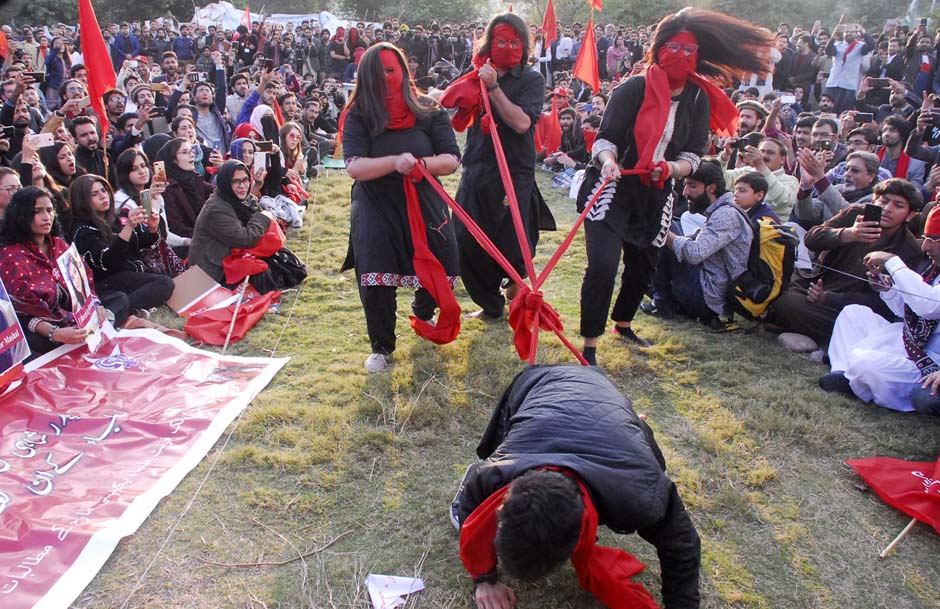 Activists of Progressive Student Federation presenting a drama skit during their protest outside NPC. PHOTO: ONLINE 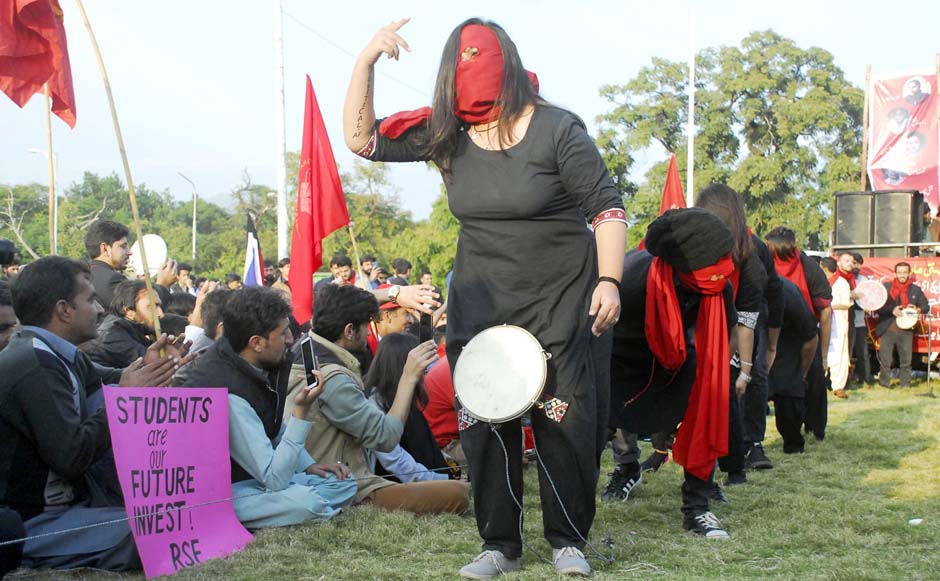 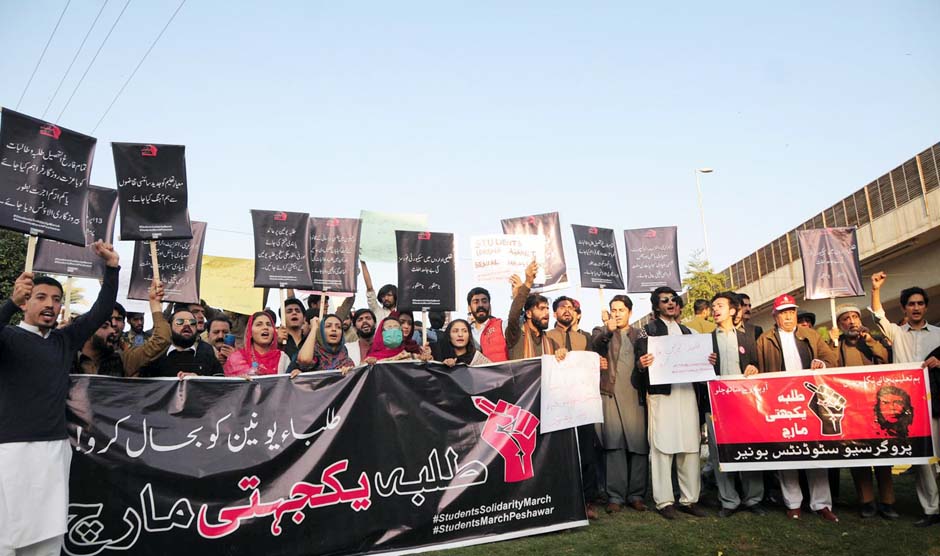 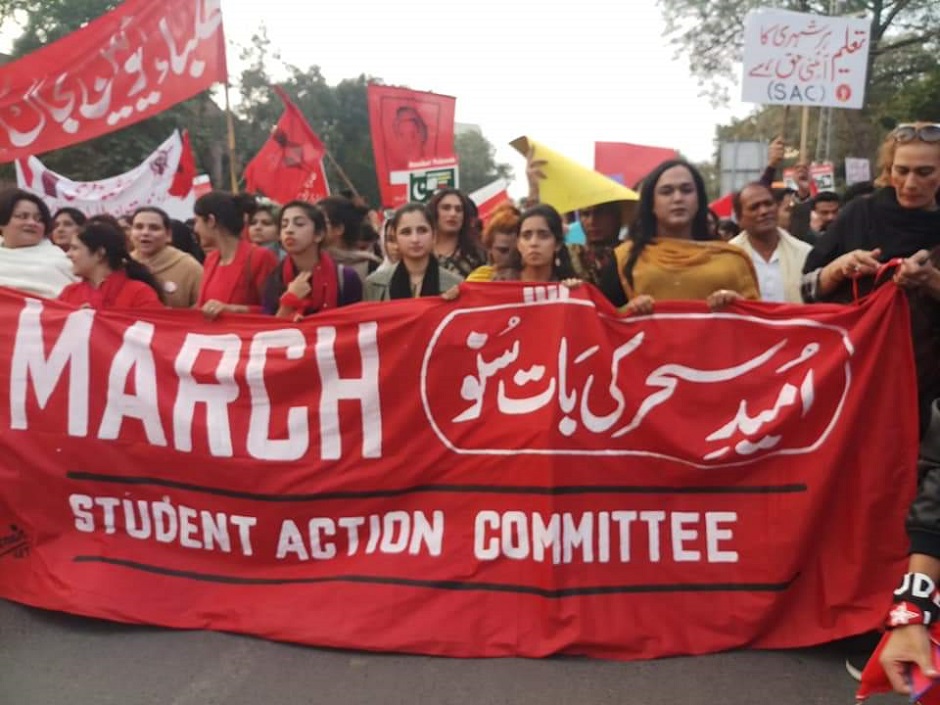 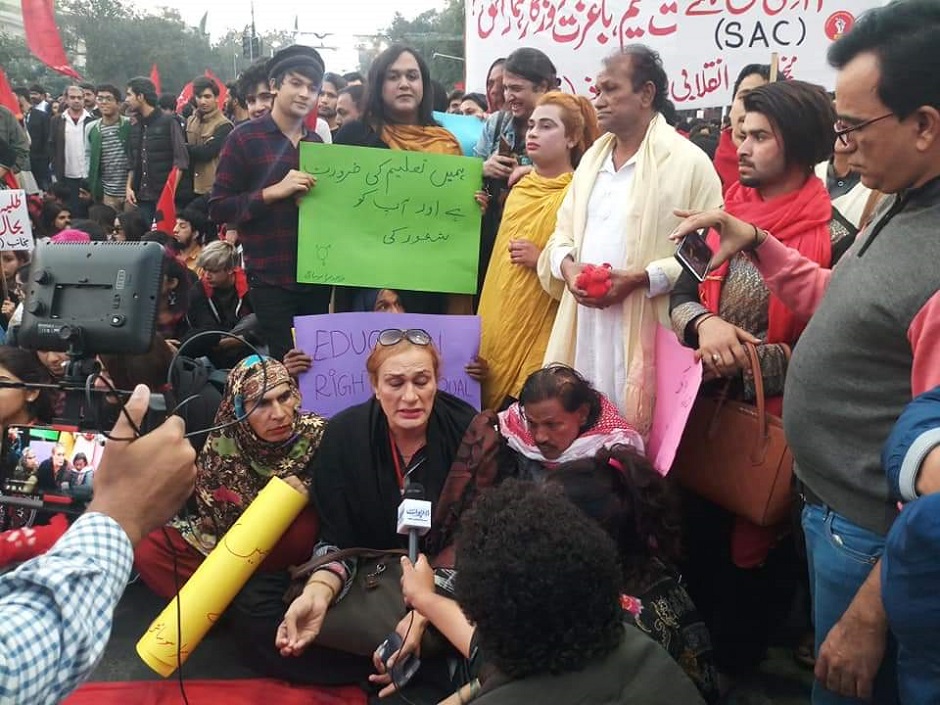 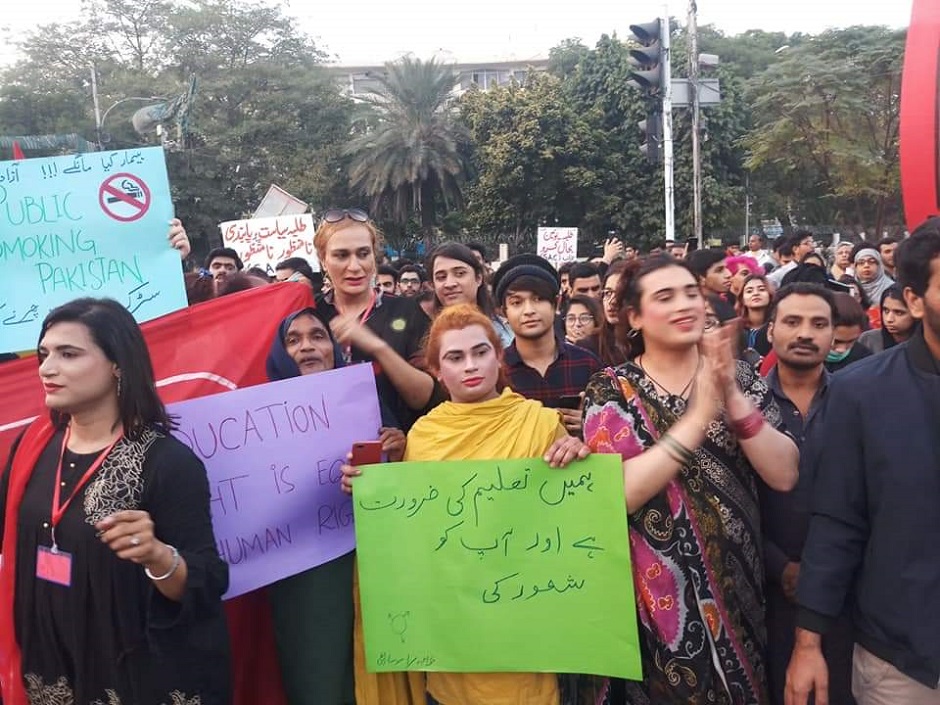