CPEC as a game changer?

CPEC as a game changer? 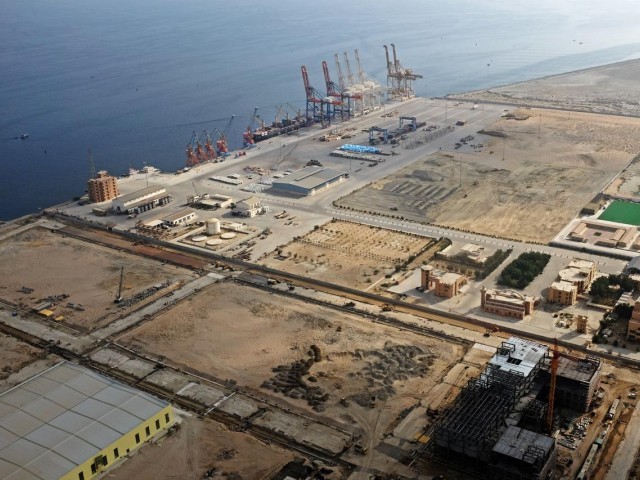 It was like a bombshell when the US Assistant Secretary of State for Central and South Asia, Alice Wells, in her talk at the Woodrow Wilson Center for Scholars in Washington, DC on November 22, lambasted the China-Pakistan Economic Corridor (CPEC) as a dangerous ploy for Pakistan because the net beneficiary of that multi-billion dollar flagship project will not be Islamabad but Beijing.

Immediate rebuttal of Wells’ assertion against CPEC came from the Chinese Ambassador in Islamabad, Yao Jing, who termed her allegations devoid of facts and based on ignorance and described CPEC as a model of “win-win cooperation”. Pakistan’s Foreign Minister Shah Mahmood Qureshi and Federal Minister for Planning and Development Asad Umar, along with the leader of opposition in the National Assembly, Shehbaz Sharif, also denied Wells’ concerns and termed CPEC a “game changer”, mutually beneficial for both Pakistan and China.

The US, as well as India and Japan, are critical of the trillion-dollar Chinese initiative, “One Belt One Road” (OBOR or BRI) and consider it a clever strategy by the Chinese government to deceive countries as part of that grand project, with a “debt trap”. But the American outburst against CPEC is a reflection of its frustration with Pakistan and China progressing with this gigantic task to seek “win-win cooperation”. If the US, since early 1950s till 2014, provided Pakistan around $50 billion of economic and military aid, does it mean that it has the right to target CPEC and discredit the $56 billion project? Wells’ outburst against CPEC needs to be analysed in the context of the Sino-American tug of war over trade and Washington’s insecurity vis-à-vis growing Chinese influence in Pakistan. Criticising the rising cost of upgrading railways from Karachi to Peshawar (ML-1) from $6.2 to $9 billion, Wells warned Pakistan of the looming debt trap when the repayment of loans to China would start in five years’ time.

Why and how is CPEC a “win-win situation” for China and Pakistan and to what extent will the two countries mutually benefit from this flagship project despite the concerns expressed by the US? And it is not only Washington which has openly talked about the losses which Pakistan may face in the event CPEC is taken to its logical conclusion, but some voices in Pakistan are also critical of the manner in which CPEC will have adverse environmental, cultural and economic ramifications.

Launched in May 2015, CPEC was initially a $45 billion investment project under China’s BRI plan connecting the Chinese city of Kashgar with the Pakistani port of Gwadar. Later on the investment amount was raised to $56 billion with a timeline of 15 years from 2015-30, with a focus on modernising Pakistan’s infrastructure including roads, highways, railways and energy production. For Pakistan, CPEC appeared to be a window of opportunity to provide employment, and augment its economy by launching Exclusive Economic Zones. Yet, with the passage of time, questions were raised about CPEC’s financial impact, when by 2022, Pakistan will be required to repay loans sought from the Chinese government and banks for completing energy, road, railway, orange line and motorway projects.

The Chinese Ambassador, at the fifth CPEC media forum, organised jointly by the Chinese Embassy in Islamabad and Pakistan-China Institute, clarified that neither was there any corruption in the CPEC projects nor would his country make Pakistan repay loans if it was not in a position to do so. It will be quite damaging for both Pakistan and China if CPEC is made controversial with allegations depicting Pakistan as a loser and China as a net beneficiary.

One needs to critically analyse the pros and cons of CPEC particularly in the context of issues which may jeopardise the Sino-Pak “win-win cooperation”. There are three major realities which exist in CPEC and must not be overlooked. First, foreign-funded development is not the solution to Pakistan’s economic predicament. China is a vivid example of promoting development through indigenous means. From 1949, when the Communist Revolution took place, till 1979, when China opened up for the outside world, the Chinese leadership focused on social and human development with indigenous resources and didn’t rely on foreign funding.

The Soviet support for China — in its formative phase (1949-59) — was withdrawn once differences between the two communist countries deepened. Therefore, development in China was the outcome of a policy of self-reliance, hard work, motivation and leadership. Unfortunately, Pakistan, since 1947 till today, has remained dependent on foreign sources for its budgetary support, financing imports and developmental projects. Despite the Chinese commitment to help Pakistan modernise its infrastructure and economy, CPEC cannot render positive results unless the latter adheres to strong work ethics and a professional approach with such projects. Even if China renovates the Karachi-Peshawar railway, builds the Gwadar port and completes other projects, CPEC will not have a smooth sailing unless Pakistan is serious about maintaining these projects.

Second, the saying that “there is no such thing as a free lunch” is a reality and fully applicable in the case of CPEC. It will be delusional to believe that billions of dollars of Chinese loans to Pakistan will be waived, if not deferred. According to the Center for Global Development, so far around nine countries are highly vulnerable to debt accumulated as a result of China’s BRI. These countries are: Djibouti, Kyrgyzstan, Laos, Maldives, Mongolia, Montenegro, Pakistan, Sri Lanka and Tajikistan. Djibouti and Sri Lanka had to hand over the control of their ports to China because both had defaulted on the payment of billions of dollars of loans which were sought from Beijing for infrastructural development. Alarmists fear that in case Pakistan defaults on its payments to Chinese loans which it got under CPEC, it will have to hand over control of the Gwadar port and other installations to Chinese authorities.

Third, the environmental implications of CPEC on Pakistan shall be enormous when the corridor from Kashgar to Gwadar will be operational by 2023. When thousands of trawlers and trucks will use the roads and highways built under CPEC, the environmental and ecological implications will be disastrous. Particularly Balochistan, which is vulnerable to violence on account of activities by Baloch nationalists, will face double the trouble because of the environmental hazards caused by the heavy traffic transporting commodities from China to Gwadar port and onwards. The Pakistani government has raised a division of its military force to provide security to CPEC-related activities, particularly in the volatile province of Balochistan.

CPEC will not be a game-changer because qualitative change in Pakistan’s socio, economic and political landscape will not occur with foreign-funded projects but through leadership which is clean, honest, wise and visionary, and through indigenous efforts for human development. CPEC can be a catalyst in accelerating the process of development in Pakistan but will certainly not be a game-changer.