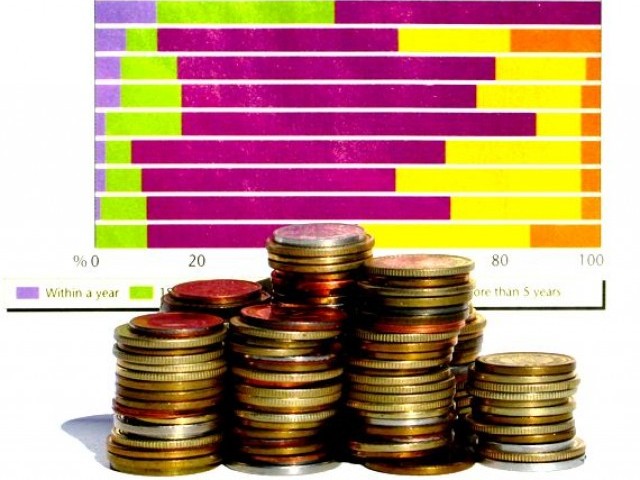 ISLAMABAD: The power distribution companies cannot be privatised for two years and the circular debt would soar to Rs1.7 trillion by the time the government is able to arrest its growth, said a top prime ministerial aide on Wednesday.

Nadeem Babar, Special Assistant to the Prime Minister on Petroleum and Chairman of the Energy Task Force, gave a briefing on the government’s power sector privatisation policy at a meeting of the National Assembly’s Standing Committee on Privatisation chaired by PPP’s Syed Mustafa Mahmud.

The circular debt that had amounted to Rs1.28 trillion in August 2018 will increase to Rs1.7 trillion by December next year at which point, Babar said, it would stop rising.

His statement suggests that the circular debt would grow 41% during the first nearly two and a half years of PTI’s rule.

Babar once again claimed that compared to the previous monthly addition in the circular debt of Rs38 billion, the increase had slowed to under Rs10 billion a month, a claim disputed by the World Bank and the IMF during recent talks.

Babar further said that the projected Rs1.7 trillion circular debt was then planned to be retired by booking part of it as public debt, settling a part of it against privatisation proceeds and by improving systemic efficiency.

He said the circular debt growth would be cut to zero by December 2020 and, if the distribution companies were to be privatised before that, the government would have to give heavy discounts to buyers.

Circular debt to be eliminated by end 2020, PM told

Before August 2018, the unpaid power subsidies stood at Rs825 billion, Babar said, adding that the previous government had announced the subsidies, including the Industrial Support Package, but had never budgeted the amount.

Giving a timeline for the privatisation of the loss-incurring power sector, Babar said the entities could not be privatised for another two years, the key reasons being the weak writ of the government, large territorial jurisdictions of some power distribution companies and uniformed tariff systems under which good and bad discos were treated equally.

He said the actual privatisation of power distribution could only begin by December 2021, adding that the Economic Coordination Committee (ECC) wanted only a few distribution companies to be offered for sale before December 2021 and, for that reason, the Lahore Electric Supply Company (LESCO) and the Islamabad Electric Supply Company (IESCO) had been put on the privatisation list.

“Probably by mid-2021, the Privatization Commission can call for expressions of interest from prospective investors to privatize the first disco,” said Babar.

To a question, Babar said K-Electric’s performance had deteriorated during the past three years and, if the federal government were to withdraw its support, there would be 12 hours of load-shedding a day in two years’ time, adding that the utility would receive 1,000MW of additional electricity from the federal government due to the closure of some old plants by then.

The Sarmaya Pakistan Limited Company (SPL), Babar, could not become effective due to differences of opinion on the objectives of the company, explaining that listed companies could not be placed under the SPL.

Privatisation Secretary Rizwan Malik also gave a briefing to the Standing Committee on the privatisation status of LNG-fired power plants and the Pakistan Steel Mills (PSM) as well as Pakistan International Airlines’ (PIA) plans to sell its New York hotel.

Rizwan Malik further said that a task force had been set up to finalize modalities for the running of the Roosevelt Hotel on a JV model.

He added that power plants were expected to be privatised by February of next year but that the price may go down if the sale is delayed further. In this connection, Privatisation Minister Mohammad Mian Soomro has said the government has projected Rs300 billion in revenue as a result of the privatization of both the power plants.

The secretary continued that, for PSM’s privatisation, the process to hire a financial advisor was almost complete, adding that, in the next few days, the financial advisory services agreement would be signed with a short-listed consortium. The commission was currently negotiating with the consortium for a cut in its final bid price, he added.

Instead of selling its 100 stakes, the government will enter into a strategic partnership to run PSM by March next year, said the privatisation secretary.

He said some players were opposed to the PSM’s revival as that could hurt their business interests.