Cleric, his sons and friend beaten with iron rods by uniden­tified assail­ants
By Our Correspondent
Published: November 27, 2019
Tweet Email 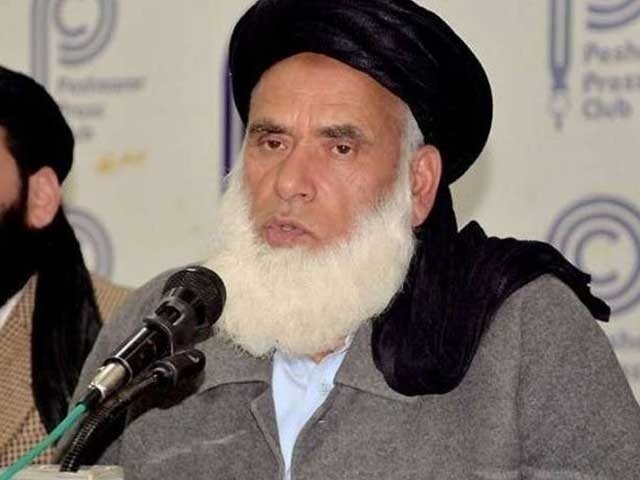 The cleric was travelling to Mansehra from Islamabad along with his two sons and a friend when unidentified men rammed their vehicle into his car on Baidra Road forcing it to a halt, pulled them out of the vehicle and attacked them with irons rods.

Police said the JUI-F leader was rushed to King Abdullah Teaching Hospital in Mansehra. He suffered injuries to his arms and back. His sons, Hussain Mufti and Shabbir Mufti, and friend, Jan Mohammad, were also injured.

The police have filed a case on the complaint of Kifayatullah’s son and started an investigation.

The cleric’s family said he was attacked for publicly voicing his opinion and the certain elements wanted to teach him a lesson and send across a message.

In October, the firebrand cleric was arrested in Mansehra hours before his party was about to launch its anti-government ‘Azadi March.

According to deputy commissioner Mansehra district Aurangzeb Haider Khan, the cleric was arrested for 30 days as he “posed constant threats to law and order which may disturb the peaceful atmosphere of the district”.

An order issued by the deputy commissioner read that JUI-F leader was found involved in “chanda [donation] collection, holding corner meetings and inciting the public for taking part in the Azadi March arranged by the JUI-F”.

“The activities of Mufti Kifayatullah are posing grave threat to public safety which may create disturbance of public tranquility, danger to human life, health and safety. Due to this act, serious sectarian disharmony is prevailing in the district. The situation is snowballing into serious law and order situation […],” stated the order issued under Section 3(1) of the West Pakistan MPO.

It further said the DPO Mansehra had requested that warrants be issued for Kifayatullah’s arrest under Section 3(1) of the MPO.

“The said person may be detained and confined in Central Jail, Haripur for a period of 30 days from the date of arrest,” it read.

‘Media under threat from both right- and left-wingers’