Says feelin­g of compas­sion and caring have been core ingred­ients of Ehsas progra­mme
By Our Correspondent ​
Published: November 27, 2019
Tweet Email 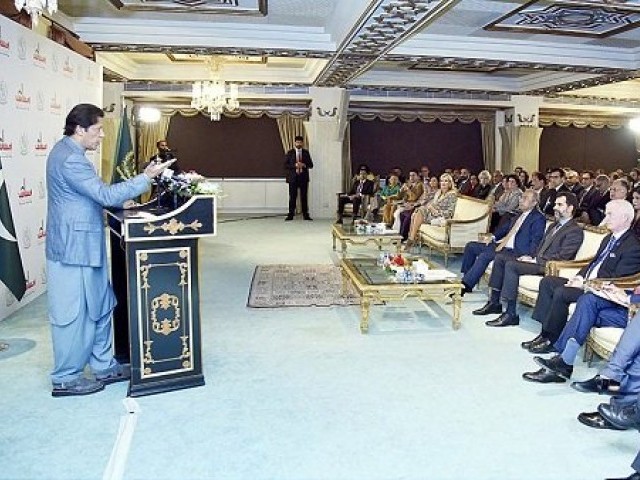 ISLAMABAD: During the launching ceremony of Financial Inclusion Strategy initiative under the government’s flagship Ehsaas programme, Prime Minister Imran Khan on Tuesday once again stressed on alleviating poverty and mitigating the gap between the rich and poor in the country.

Speaking on the occasion, the prime minister said that his government was pursuing policies to lift the poor segment of the society through different poverty alleviation programmes including the Financial Inclusion Strategy.

The premier said that system in the past created divisions within the society where medical and educational facilities were separate for the rich and poor.

The prime minister said prior to his political career, he had devoted himself to social work and after coming to power, he was committed to building a social welfare state on the pattern of state of Madina.
He said the feeling of compassion and caring had been the core ingredients of the Ehsas programme.

Terming the elite system to be a curse for the nations in the world, the premier said that the rich were getting richer and the poor, poorer.
He referred to the latest report of one of the UN bodies which said that due to such wide discrimination, 26 odd richest billionaires owned as many assets as the 3.8 billion people who made up the poorest half of the planet’s population.

“On the other hand, you have poverty. I feel that there is greed in the world where the rich wants to avoid taxes. They have these offshore accounts,” he said.

The prime minister lauded China for taking 700 million people out of the poverty in the last three decades.

“This has never happened in the human history,” he added.
He also linked the major universal challenges like global warming and environmental degradation with the greed for amassing wealth.