The plight of child brides

The plight of child brides

A tragic featur­e of the viciou­s cycle of povert­y of child brides is the transm­ission of misery to the next genera­tion
By Dr Mazhar Mughal / Dr Rashid Javed
Published: November 27, 2019
Tweet Email 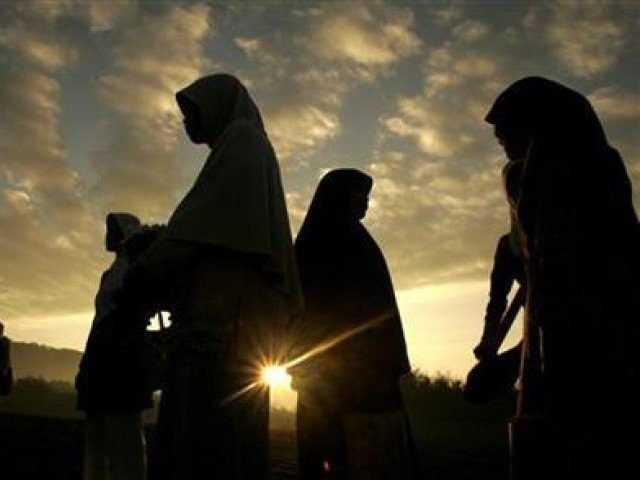 Child marriage is a relic of the past from pre-industrial times. Though the strength of girl child marriage in Pakistan has over time waned, the practice is still widespread in the country’s less-developed rural areas. In 1990-91, every two out of three Pakistani women between the ages of 18-25 (67%) were married before their 18th birthday. According to the 2017-18 Pakistan Demographic and Health Survey (PDHS), a nationwide survey of Pakistani households, this incidence has dropped to 18%.

Today, child marriage is associated with poverty. More than one in every four girls (28%) who get married before 18 belong to the poorest quintile of the population. In contrast, only one in eight (12%) of the girls who marry later come from the poorest families. In concordance with this profile, child marriage is more frequent in villages than in cities and the three less-populous provinces than in Punjab. As against its share in the national population of 52%, Punjab’s share of underage married young women is only 38%.

A greater prevalence of child marriage among the poor results in an early transition to motherhood among impoverished households. Most women married before 18 give birth to two or more children by the time they reach 25. They are also more likely to give birth at home. Not unsurprisingly, child brides lag behind other girls in their health and education attainment indicators as early marriage and motherhood hinders their human capital development. For instance, child brides are more likely to be underweight. Their school-enrolment and completion rates are worse as an overwhelming 80% could not acquire any education beyond the primary. In comparison, about half (47%) of girls who marry later receive either secondary or post-secondary education. The difference in education is most clearly visible in terms of university or college education. Hardly any child brides get the opportunity to pursue higher education after marriage, compared to 16% women who marry after the age of 18.

Besides education, the general awareness levels of child brides are also poor. The access to media that these underage brides enjoy be it television, radio or newspaper readership, remains much lower than their later-marrying counterparts. Owing to their low skill development, job prospects in the formal economy are generally low.

Even at home, their young age, and that they are considerably younger than their husbands, makes them more vulnerable to exploitation and abuse. A manifestation of their unfortunate plight is the physical and sexual violence they face at the hands of their husbands or in-laws. Child brides are three times more likely to report sexual violence than late-marrying women.

A tragic feature of the vicious cycle of poverty and underdevelopment of child brides is the transmission of misery to the next generation. Relative to women who marry later, their children are more likely to be underweight at the time of birth. Their new-borns and infants are less likely to receive post-natal medical check-ups or complete the full vaccination course. The rates of stunting and low weight among their children are also substantially higher. Even worse, the infant and child-mortality rates for children of child brides are about twice as much as those for the children of women marrying later. Possibly the only healthcare indicator of the children of child brides that is better is the duration for which they are breast-fed. This latter fact points to a falling general trend of breast-feeding among Pakistani women.

This analysis of child marriage’s strong association with poverty, low levels of human capital and inter-generational transmission of underdevelopment indicates the way forward. While designing initiatives under the government’s poverty-alleviation programmes such as the Ehsaas Programme, special focus is needed on the education and skill development of girls, their employment and entrepreneurship opportunities, and a safe environment in which they can achieve their potential.

Assessing the merits of US and Chinese assistance