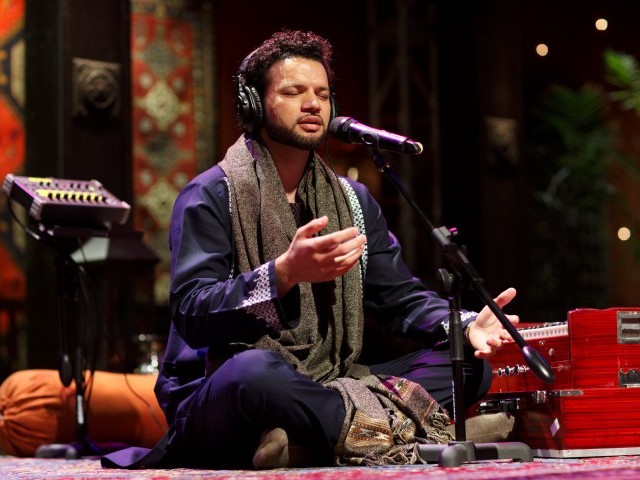 KARACHI: I first heard Shamali Afghan when a video of him singing Persian and Urdu ghazals in front of Nashenas went viral. Nashenas wasn’t alone. He was joined by Shamali’s father and singer Shah Wali Afghan.

Wali crossed the Durand line into Pakistan during the Soviet invasion, that’s where his affinity for classical singing got emboldened under the tutelage of Ustad Nawab Ali Khan, and impression of giants such as Mehdi Hasan.

Wali toured extensively around Pukhtoon diaspora strongholds across the oceans before settling in Canada. This video was also probably filmed somewhere in Canada and the ease with which his son serenades Nashenas by singing thumri lands more like a footnote on Wali’s journey that started in Tagab, Afghanistan.

For Shamali, who was raised in the presence of instruments and under the wings of musicians, this performance was more of an endorsement exercise and less of a dream.

Back in the day, Nashenas made even the stiffest necks in North India and Pakistan turn with his unique style, accent, and delivery of ghazal, so the stamp of approval doesn’t get bigger than that.

Particularly if you’re an Afghan by birth and have suffered the region’s appropriation of bottoming your music to Rabas and folk tunes.

A year after that video was released, Shamali found himself in the middle of a dream. A dream that was drenched in hues of red and black as he walked into the ‘unbelievable’ set of Coke Studio.

“I’ll be devastated if it just turns out to be a dream,” says the Afghan-Canadian singer in the BTS of his Coke Studio song ‘Mrram Mrram’ (I am dying, I am dying).

With a familiar Iran-Afghan flavour, the tune became popular in the Pukhtoon dominated areas of Pakistan during the 1960s.

But everything about Coke Studio and Shamali’s take on the song sounds progressive and modern – even if, musicologically speaking, it may give the vibe of a rather retro take on a folk song, it is indeed a lot more.

His alaap is conventionally complicated and embedded with microtones, yet doesn’t seem dense or long enough to feel like a weight on your head.

Puritans might call it the dumbing down of the craft but it is the brilliance of the Pukhtoon accent; a unique softness of delivery that our ‘Hindustani classical’ ears are not used to listening.

“It’s that and the fact it is very groovy,” says Aziz Kazi, the percussionist of Coke Studio. “I mean, the beats in Pushto music are usually very complicated and I’ve experienced that in Dil Ruba Na Raazi. But the beat pattern just keeps on changing in this one; that’s how the song sucks you in.”

The melody is indeed very groovy and the chorus ‘Mrhm Mrhm Mrhm‘ almost operates like the hook of a reggae song.

However, Shamali’s inclusion in Coke Studio has not been welcomed by the new breed of Pukhtoon musicians.

Farhan Bogra, the rabab player of Khumariyaan feels Coke Studio should focus more on nurturing local Pukhtoon talent rather than investing in singers that are brought in from elsewhere by paying heavy costs.

“There is a plethora of folk and classical artists rotting away on the streets of Khyber Pakthunkhwa,” Bogra tells The Express Tribune. “Our musicians have been isolated to such a limit that no corporation is even interested in coming to Peshawar. The musicians are barely making ends meet and a venture like CS is flying in artists from Canada to perform in Pakistan. This just doesn’t make sense. Coke Studio is a huge platform and we know it because we have featured on it and that is why I feel they can do so much more.”

Bogra’s concern is understandable and stems from our larger ignorance of artists as craftsmen and women but that doesn’t change the fact that music lives only because it manages to transcend physical borders.

Experts on the Pukhtoon belt’s culture and folk traditions feel that welcoming an Afghan singer in a Pakistani show was a natural progression for the show. 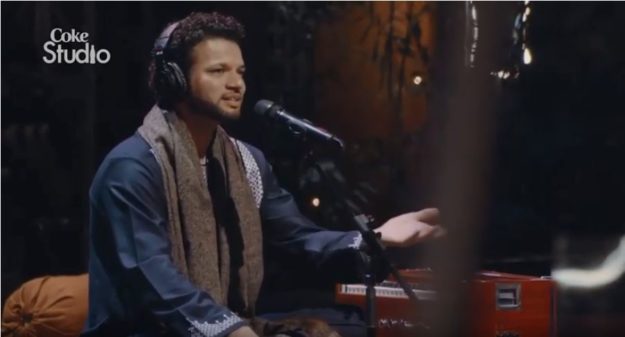 “I am glad that an Afghan singer was chosen to sing it, highlighting that there are certain bridges that are over and above the political divides,” says Usman Qazi, an old habitant of Quetta with past associations with radio, TV, political and cultural activities. “I also like the fact that a catchy tune from the 1970s has been brought back to the attention of the present generation.”

On the other hand, bringing a classically trained ghazal singer from Afghanistan to be the main act of the region’s biggest show is in itself a statement and a half.

Generally, it is the gharanas in Northern India, Bengal and parts of Pakistan that are considered to be the breeding spaces for Hindustani classical or raga music.

Afghanistan, despite being a hotbed of similar talents was, if not sidelined from the mainstream narrative around Khayal and ghazal, then stereotyped by every other culture into being the hub of ‘ethnic’ Pukhtoon music.

Coke Studio 12 has just thrown a stone in an ocean, the ripples of which might have far-reaching effects. 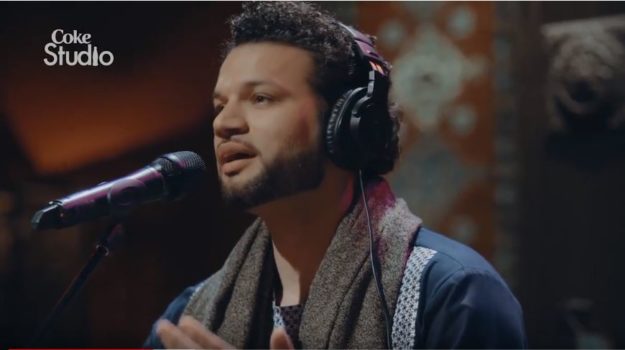 “It’s worth remembering that Afghanistan was a huge promoter of this style of music up until the Mujahideen takeover,” recalls Qazi. “We knew of Nashenas but there is a long string of illustrious gems like Ustaad Sarahang, Rahim Bakhsh, Naynawaz, Mahwash, Ahmad Wali, etc., who sang in this tradition. It’s worth looking up the Afghan Star show on YouTube to see what is happening in Kabul in terms of rediscovery and modernisation of that tradition.”

World over the new generation of storytellers is using digital platforms to redefine their notions of modernity.

Be it Afghan Star or Coke Studio, the internet does give the audience the chance to not only engage with content that physical boundaries may hinder but also participate in its creation.

If Nashenas and Haroon Bacha crossed the boundaries through Radio Kabul and Radio Pakistan, ventures such as Coke Studio will carry on the process with Shamali Afghan – for good, or for bad.

Have something to add to this story? Share it in the comments bel