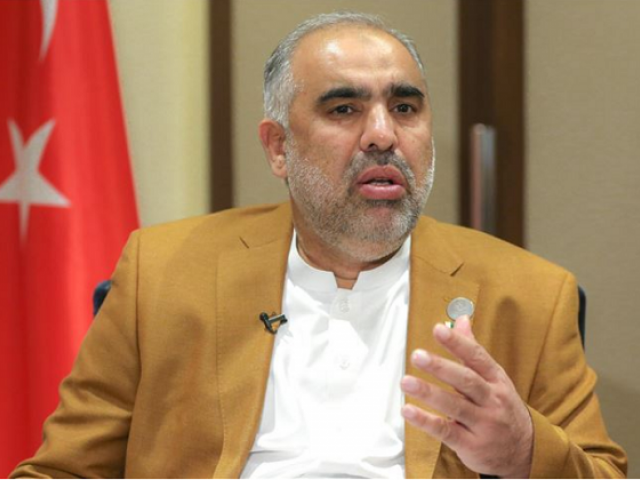 ISLAMABAD: Kyrgyzstan on Friday expressed that it will always stand by Pakistan on all issues at the regional and international forums.

This was stated by the Kyrgyz Ambassador Erik Beishembiev who called on National Assembly (NA) Speaker Asad Qaiser on Friday.

Qaiser said that Pakistan attaches immense importance to its relations with Kyrgyzstan, which were intertwined in eternal bonds of religion, history and culture.

He added that Kyrgyzstan, due to its strategic geographical location, can play an important role in linking Pakistan to Euroasian economic zones apart from connecting Europe to the multi-billion dollar China-Pakistan Economic Corridor (CPEC).

CPEC, he said, was the key to the economic future of Pakistan and the region. Most road infrastructure and energy projects — the backbone of any economic activity —initiated in Pakistan under CPEC is now close to completion, he added.

The speaker invited Kyrgyz investors to come to Pakistan and take advantage of the immense economic opportunities here.

The speaker also informed that the National Assembly was arranging a seminar on CPEC in December to showcase the major economic potential generated to its subsequence.

He proposed that the ambassador arrange interaction between the Kyrgyz business community and the investment and trade officials in Pakistan.

The speaker also requested to enhance people-to-people contacts to further strengthen relations between the two countries.

He appreciated Kyrgyz support to Pakistan on international and regional forums on all issues especially the issue of Kashmir and its resolution per the United Nations resolutions.

The Kyrgyz ambassador reciprocated the sentiments by stating that his country also attaches immense importance to its ties with Islamabad.

He said that his country will always stand by Pakistan on all issues at regional and international forums.

Moreover, the envoy said that Kyrgyz investors will like to take advance of economic activity in Pakistan for which direct air links between Islamabad and Bishkek could play a key role.

He also recommended joint ventures between manufacturing sector for consumption in Euroasian Economic Zone and Europe.

Beishembiev said that Kyrgyzstan was a partner in the Euroasian Economic Union and could play its role in that regard. He also recommended interaction at a parliamentary level.