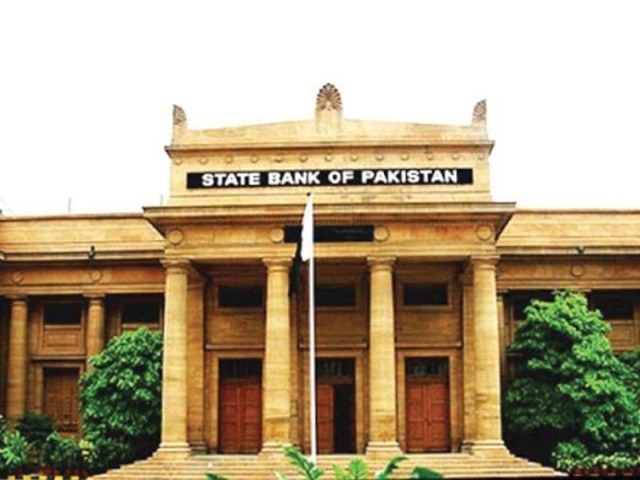 KARACHI: The State Bank of Pakistan (SBP) left the benchmark interest rate unchanged at the eight-year high of 13.25% for the next two months as controlling high inflation may remain a big challenge in the short run.

The decision taken by the SBP Monetary Policy Committee (MPC) was largely in line with market expectations. The policy is an effective tool available with the central bank to tame inflation.

“The MPC noted that recent month-on-month inflation had been higher than in previous months and, if sustained, could affect inflation expectations (meaning contraction),” the SBP said in the bi-monthly monetary policy statement unveiled on Friday.

Inflation rose 11% on a year-on-year basis and 1.8% on a month-on-month basis in October 2019. “These outturns, especially the recent month-on-month outturns, were somewhat higher than expectations but largely reflected upward adjustments in administered prices and rise in prices of food items, primarily due to temporary supply disruptions,” it said.

To recall, the price of flour has increased notably in recent months after a gap of a couple of years. Apart from that, prices of two major commodities – tomato and onion – which are a must for preparing food – have shot up.

More importantly, the government is considering a further hike in energy (power and gas) tariffs these days. Such hikes, if approved, will spark a fresh wave of inflation in the country, it has been learnt.

The central bank, however, believes that inflation, especially food inflation, is a temporary phenomenon.

In light of the temporary nature of price hikes, persistent weak domestic demand and recent appreciation of the rupee against the US dollar due to improvement in market sentiment, the MPC was of the view that inflationary pressures were expected to recede in the second half of current fiscal year.

The central bank has, however, kept its inflation projection unchanged at 11-12% for the full fiscal year 2019-20. The central bank hinted at no further hike in the interest rate going forward.

“The MPC noted that the current stance of monetary policy and real interest rates on a forward-looking basis were appropriate to curb inflation to the target range of 5-7% over the next 24 months,” it said.

This was the second consecutive monetary policy in which the State Bank left the benchmark interest rate unchanged.

The central bank also kept its economic growth projection unchanged at around 3.5% for FY20, considering the agriculture sector would manage to perform better while some of the large industries had started exhibiting growth.

The projection is close to the nine-year low growth rate of 3.3% hit in the preceding fiscal year.

Recent economic data suggested that economic activity was strengthening in export-oriented and import-competing sectors while inward-oriented sectors continued to experience a slowdown in activity. Specifically, the large-scale manufacturing (LSM) shows gains in electronics, engineering goods and fertiliser sectors and a decline in auto, food and construction-allied industries of steel and cement.

The latest production estimates of major Kharif crops suggest that the agriculture sector is likely to grow in line with projections although cotton production is likely to remain below target, it said.

The external sector continued to show a steady improvement, reflecting the benefits of recent policy adjustments and other factors. In first four months of the current fiscal year, the current account deficit contracted 73.5% to $1.5 billion.

This improvement reflected a notable reduction in imports, a modest growth in exports and steady workers’ remittances.

On account of favourable balance of payments, the rupee has appreciated 5.6% since hitting the low in June 2019. Accordingly, the gross foreign currency reserves have risen by $1.16 billion by November 15 and the SBP has reduced its foreign currency swap/forward liabilities by $1.95 billion by the end of October.

“The combined increase in net reserves from these two sources is well in excess of $863 million…since the beginning of the fiscal year.”

Fiscal consolidation gained traction during the year to date on account of broad-based taxation reforms and strict control over non-development expenditures. The Federal Board of Revenue’s (FBR) tax collection grew 16.2% on a yearly basis in July-October FY20 compared to 6.4% during the same period of last year.

On the expenditure side, the federal releases for the Public Sector Development Programme (PSDP) more than doubled to Rs257 billion during July-October FY20 compared to Rs105.5 billion in the same period of last year.

“The increased infrastructure spending is expected to stimulate business activity in construction-allied industries.”

“However, fixed investment loans increased, supported by the SBP’s long-term financing facility under which loans grew Rs11.3 billion during this period.