Police say Yousuf Thelay­wala killed at least 30 people and assist­ed in the killin­gs of at least 66 others­
By ​ Our Correspondent
Published: November 21, 2019
Tweet Email 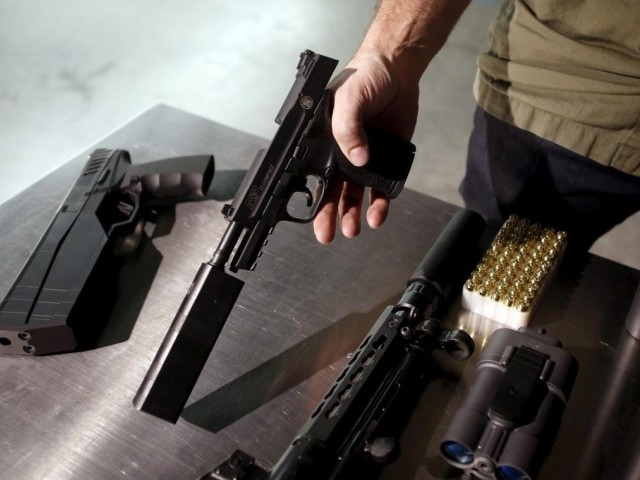 KARACHI: An administrative judge of the anti-terrorism court (ATC) approved the physical remand on Wednesday of Yousuf alias Thelaywala associated with Muttahida Qaumi Movement-London (MQM-L) till November 23.  Yousuf is accused of killing 96 people.

At a press conference on Wednesday, held to announce the arrest, SSP Ghulam Azfar Mahesar said that Yousuf was given the alias Thelaywala because he would dispose of the bodies of his victims using a pushcart to carry them to nullahs, garbage dumps, and other remote areas. According to Mahesar, Yousuf was arrested by the anti-street crime squad and Soldier Bazaar Police in a joint operation. Yousuf’s accomplice managed to evade arrest and fled the scene.

The accused was produced before the administrative judge of the ATC at Sindh High Court. The investigation officer (IO) requested the court to grant physical remand of the accused for interrogation. The court accepted his request and granted physical remand till November 23.

According to police, the accused is a close accomplice of target killers, Abdul Salam and Musafir, and his murder victims include an officer of Pakistan Air Force, a government employee and political workers. The accused has allegedly been involved in targeted killings since 1995.

Earlier, MQM-L had issued a statement demanding an investigation into the alleged extra-judicial killing of Yousuf, however, the Rangers had presented him alive at a press conference in July 2017.

The tale of a wanted man

Addressing the press conference at his office, Mahaser said that the police seized a hand grenade, weapons, and a motorcycle from Yousuf. The SSP said that Yousuf had confessed to murdering 30 persons and facilitating the targeted killings of 66 people.

According to the SSP, Yousuf joined the MQM in 1995. He was introduced to notorious target killer Nadeem alias Marble by MQM unit in-charge Khalid Siddiqui. Nadeem taught him how to use weapons and in 1996, Yousuf was involved in the targeted killing of a man suspected to be a spy. The SSP said that Yousuf was first arrested in 1996 and was released when he acquired bail in 1997. He was arrested again in 1998 by Mominabad Police on the charges of committing two murders and possessing illegal weapons but was released on parole in 2003 after which he went into hiding. The SSP said that Yousuf is at number two on the list of people released on parole.

The SSP told that MQM’s Khalid Siddiqui and Nihal used to pass on orders of the higher ups of the party to him while he was in hiding. Yousuf’s name was synonymous with fear in the East district, said Mahesar, adding that the accused was part of the target killing team of Nadeem Marble and Khalid Siddiqui while the bodies of the team’s victims were disposed of by Yousuf and his accomplice, Riaz Chacha. Recounting an incident confessed by the accused, the SSP said that Yousuf went to dispose of the pieces of a victim that Irfan Abdul Salam had butchered into parts.

The SSP narrated that Yousuf told the police that he could not determine the exact number of murders committed by him as they took place so long ago.

Yousuf further revealed to the police about his meetings with the Organisation Restoration Committee head Farooq Sattar at the MQM head office, Nine-Zero. The accused told the police that he has not been in contact with anyone from the MQM since 2013 but earlier Khalid Siddiqui, Nihal, Nadeem Marble and Abdul Salam Massa of the MQM were in contact with him from London. He also said that when he went into hiding in 2013 he took up residence at Nine-Zero after Khalid Siddiqui and Nihal arranged a meeting between him and Farooq Sattar and Sattar ordered that he be given a room at the party headquarters.

Yousuf also told the police that he was not paid for the targeted killings he was involved in but Nadeem Marble would give Yousuf money when he needed it.

In 2004, the accused joined a security company and in 2005 he was deployed as a security guard a private warehouse.

According to the police, Yousuf confessed to killing an officer of the Pakistan Air Force, an uncle and nephew duo serving in law enforcement agencies, a government employee, five workers of MQM Haqiqi, 12 persons who did not pay extortion money and several others. He told the police that he kidnapped and killed two brothers in Hanifabad, Asif and Kashif, who were suspected of being spies.

The police said that many of Yousuf’s accomplices were killed in encounters with law enforcement agencies, some of them are imprisoned while yet others are still on the run. The number of his accomplices, as told by the police, is 43.