US consular staff in Turkey grilled over video 'mocking Zamzam'

US consular staff in Turkey grilled over video 'mocking Zamzam' 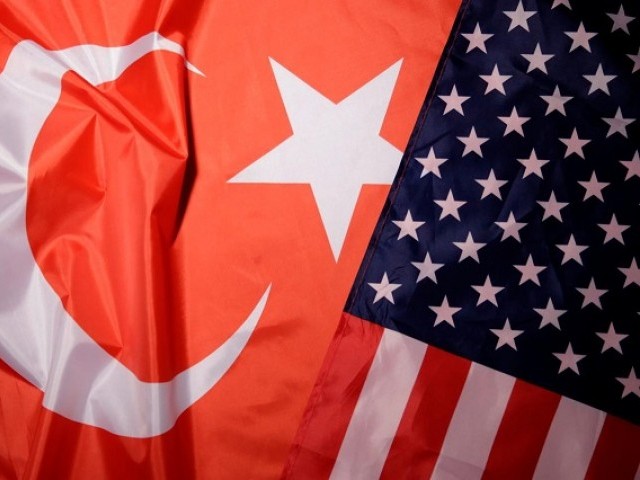 Video shows a woman mocking 'Zamzam' water, which is considered holy because it is drawn from a well in Makkah. PHOTO: REUTERS

The pair, who work at the consulate in the southern city of Adana, were taken in for questioning and later released, the local prosecutor said.

It followed a video, which spread online, showing a woman mocking “Zamzam” water, which is considered holy because it is drawn from a well in Makkah.

A man, dressed as a pious Muslim, advises her to drink a cocktail.
The prosecutor said those detained were two employees from the consulate aged 30 and 38.

A number of issues have strained relations between Ankara and Washington, including Turkey’s offensive last month against Kurdish militants in Syria, who were a close ally of the US against the Islamic State group.

There was also a row over the arrest of several Turks working for US diplomatic outposts following the attempted coup of 2016. One employee, Metin Topuz from the Istanbul consulate, is still in jail pending his trial on espionage charges.

In January, a staffer at the Adana consulate, Hamza Ulucay, was freed after nearly two years in pre-trial detention over alleged links to the Gulenist movement that Turkey blames for the attempted coup.