Taylor Swift to become Billboard's first ever Woman of the Decade

Taylor Swift to become Billboard's first ever Woman of the Decade

The singer is also being honore­d for her commit­ment to protec­t creati­ve rights­
By Entertainment Desk
Published: November 20, 2019
Tweet Email 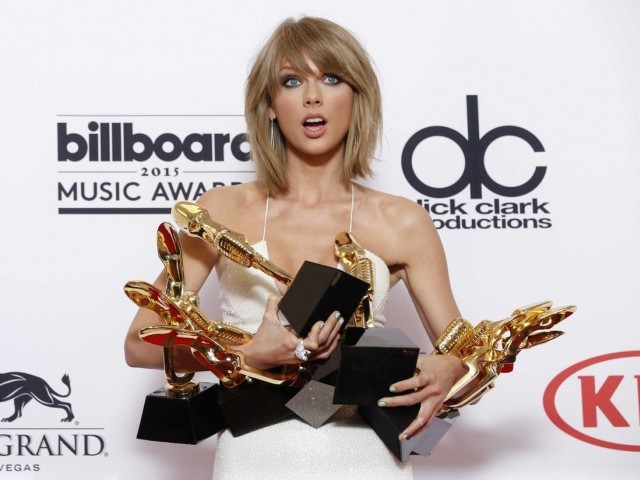 After making it to Billboard’s top ten artists of all time, Taylor Swift has now bagged another achievement by becoming the first woman to ever receive Billboard‘s Woman of the Decade Award. She will be honored at the 2019 Women in Music Event on December 12, 2019 at the Hollywood Palladium in Los Angeles.

Taylor Swift among Billboard’s top 10 artists of all time, right after Michael Jackson

According to Billboard’s official website, the Lover star, is deemed “one of the most accomplished musical artists of all time over the course of the 2010s.” Swift has landed countless professional achievements, including five albums that crowned the number one spot on Billboard 200 this decade, five number one singles on the Billboard Hot 100 chart, three worldwide stadium tours and two Billboard Woman of the Year Awards.

The singer-songwriter is also being honored for her commitment to protecting creative rights, music education, literacy programs, cancer research, disaster relief and the Time’s Up initiative.

Taylor Swift is taking a stand against tyrannical record labels

The 14th annual event will also honor a number of other high-profile female artists, such as Alanis Morissette, Brandi Carlile, Nicki Minaj and Roc Nation CEO Desiree Perez, with others to be announced soon.

Minaj will take home the Game Changer award after becoming the first woman to notch 100 appearances on the Billboard Hot 100 chart. Following a year of high-profile festival appearances and multiple Grammy wins, as well as her longstanding advocacy for humanitarian efforts and LGBTQ visibility, Carlile will receive the Trailblazer award. For leading Roc Nation in a successful 2019 with accomplishments in the world of music, sports, tech, and gaming, Perez is Billboard‘s Executive of the Year.