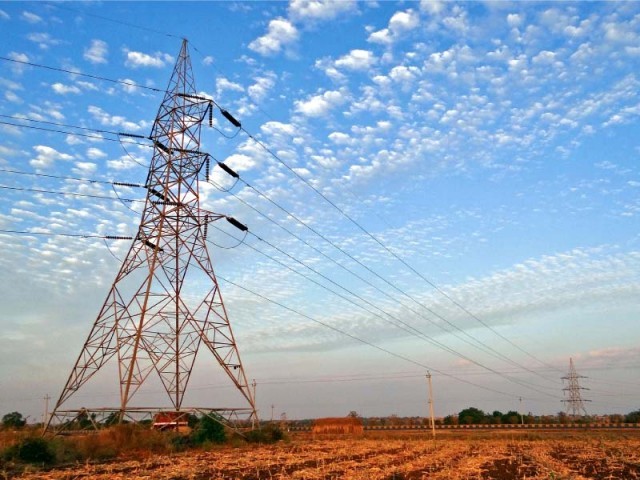 The regulator said a number of units/machines of different power stations of Genco-I, II and III availed higher outage hours than the permitted limit. PHOTO: FILE

ISLAMABAD: Losses of the National Transmission and Despatch Company (NTDC) have jumped up by around 500% because of a sub-par transmission system, according to the Performance Evaluation Report 2017-18 released by the National Electric Power Regulatory Authority (Nepra).

Despite the presence of excess electricity in the national grid, NTDC’s losses surged to Rs2.486 billion in 2017-18 from Rs415.2 million a year ago. At the same time, according to the report, transmission losses of K-Electric came down about 9% from Rs36.5 million in FY17 to Rs33.1 million in FY18.

The report, which compared the performance of NTDC and K-Electric while keeping in view a set of standards, said both companies managed to reduce the average frequency as well as the duration of power outages for the period under review. The average number of outages reported by the NTDC dropped 17% to 0.29 per circuit. K-Electric reported a bigger drop in the average number of outages per circuit, which fell 20% to 0.24.

The performance report, which is released every year by Nepra to gauge the performance of the country’s power sector, also assessed the system security using ENS (Energy not Served) estimates and the number of loss-of-supply incidents reported by the transmission companies.

NTDC’s performance was disappointing in this regard. While it reported a 14% fall in the number of loss-of-supply incidents, it revealed a power shortfall of 469 million kWh in its system, which showed a huge jump of 525% and was reflective of a sub-par transmission system.

The quality of supply is also gauged by Nepra where one of the parameters is the limit set for frequency variations within the system.

Sindh govt to set up grid company to improve supply

According to the report, there were 25 instances when the NTDC system frequency remained outside the prescribed limits, which came in at 0.47% of the reported period.

K-Electric, in comparison, was outside the prescribed frequency limits only five times, which stood at 0.0078% of the reported period. The acceptable variation limit under performance standards is 49.5Hz-50.5Hz.

Furthermore, according to the standards laid down by Nepra, K-Electric never violated the lower frequency limit during the reported period.

In another report titled “Performance Evaluation Report on Public Sector Generation Companies”, the power-sector regulator revealed that the data submitted by generation companies (Gencos) for FY17 and FY18 suggested that a number of units/machines of different power stations of Gencos failed to ensure the net capacity approved by Nepra in their respective tariff determinations upon which they were receiving capacity payments.

That resulted in a cumulative energy loss of about 479.573 million kWh, translating into the financial impact of Rs4.025 billion.

The regulator said a number of units/machines of different power stations of Genco-I, II and III availed higher outage hours than the permitted limit as specified in their respective power purchase agreements, resulting in a reduction in their availability factor.

Had these units not availed higher outage hours, a huge amount of energy – around 9.373 billion kWh – could have been contributed by them to the national grid, amounting to Rs64.629 billion.