No brick kiln will be allowe­d to use substa­ndard fuel
By Imran Adnan
Published: November 20, 2019
Tweet Email 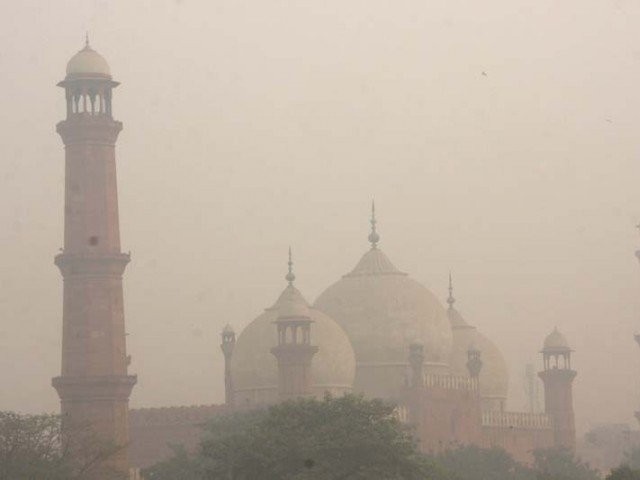 LAHORE: Even though air quality of provincial capital and adjoining district touched alarming level during the current season for the past two years, neither the previous government of the Pakistan Muslim League-Nawaz (PML-N) nor the Pakistan Tahreek-e-Insaf (PTI) regime could rein in contributors of air and environment pollution.

A non-governmental organisation (NGO) working in the environment sector, WBM Foundation, highlighted that owing to the negligence of environmental protection agencies in Pakistan, as many as 2,000 traditional brick kilns are operational in South Punjab till September.

It pointed out that like other South Asian countries, winter conditions are causing severe environmental issues in Pakistan, especially in South and Central Punjab, which are not only affecting routine life but also intensifying respiratory diseases among masses.

It indicated that even though in several areas of the country deep swamp conditions were being witnessed during October to December since past two years, but neither the provincial nor federal government took any serious step to deal with this situation.

It pointed out that a delegation of Nepalese environment experts visited areas in South Punjab in September and highlighted the fact that over 2,000 traditional brick kilns are working in the area.

It states that these obsolete brick kilns are causing extreme toxic smoke in the deeper air and cause severe environmental pollution. Citing estimates of Nepalese experts, WBM Foundation, highlights that cooking around 1,000 bricks in coal-fired kiln pollute two kilometres of the areas with toxic smoke, which causes deep flames combined with fog in the winter. However, with new zigzag technology, this pollution could be reduced up to 40%.

Though citizens of Pakistan, especially Punjab, are facing severe smog for the past three years the government has only five air quality stations which clearly states the seriousness of the government.

The WBM Foundation warns that in the absence of detailed quality data the government would not be able to formulate a comprehensive strategy to deal with this environmental hazard.

Speakers at a recent seminar organised to raise awareness on smog highlighted that besides the environment, smog has also an economic aspect. The seminar indicated that in the 90s used to harvest and plough fields manually.

After crop harvesting, the usual practice was to leave crop residues for 4-6 weeks to enhance nutrients for the next crop. However, with the rise of population, farmers have to leave manual practices and adopted mechanised harvesting to meet food demands. Though this practice benefited a lot but compromised air quality with burning crop residue in fields to cut their costs.

In cold season when prices of conventional fuel, including firewood, coal and gas skyrocket, the poor segment of the society are left with no other option to find the cheapest source of fuel. To curb environmental pollution the government has imposed a ban on obsolete technology brick kilns. A similar ban was also imposed last year but almost two years have been passed the government has failed to announce any sort of relief for brick kiln workers for this period.

It was also decided in a recent meeting to close 84 new brick kilns that were made on obsolete technology. These brick kilns will be demolished on failure to transfer on new technology within two months. An agreement will be signed with the brick kiln association for ensuring implementation on decisions.

He said it was the topmost priority of the government to provide a clean environment to the people. He said steps would be taken to control the smog but no one would be made jobless by closing the brick kilns.