It is most likely to be Rajapa­ksa's first offici­al visit abroad after a landsl­ide win in Saturd­ay's polls
By AFP
Published: November 19, 2019
Tweet Email 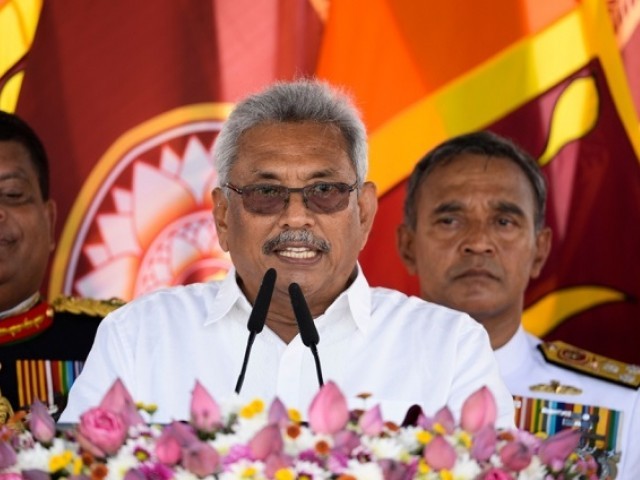 Subrahmanyam Jaishankar said he held talks with Rajapaksa in Colombo on his first full day in office after being sworn in Monday.

It is most likely to be Rajapaksa’s first official visit abroad after winning a landslide in Saturday’s polls.

The Indian minister said he conveyed Modi’s message “of a partnership for shared peace, progress, prosperity and security” to Rajapaksa in Colombo.

India’s foreign minister became the first foreign dignitary to call on Rajapaksa who on Monday vowed to steer a “neutral” course in international politics as analysts warned the new president’s election could re-boot the country’s controversial ties with China.

Rajapaksa is following in the footsteps of his older brother, former president Mahinda Rajapaksa, whose decade in power up to 2015 was known for the government’s close ties to China and caused concern in New Delhi.

Gotabaya Rajapaksa’s victory also caught international attention as he was a defence chief when his brother ordered the campaign that brutally ended a Tamil separatist war 10 years ago.

US Secretary of State Mike Pompeo reminded Sri Lanka about the need to ensure accountability for alleged war crimes during the conflict.

“We call on President Rajapaksa to uphold Sri Lanka’s commitments to security sector reform, accountability, respect for human rights and non-recurrence of violence,” Pompeo said in a statement released late on Monday.

During the election campaign, Rajapaksa reiterated his position that he will not allow an international probe into charges Sri Lankan troops killed at least 40,000 Tamil fighters in the closing stages of the 37-year separatist war.

In his first address to the nation late on Monday, the new leader said he will not take sides in international conflicts.

“We want to remain neutral in our foreign relations and stay out of any conflict amongst the world powers,” Rajapaksa said. “We ask all nations to respect our sovereignty and integrity.”