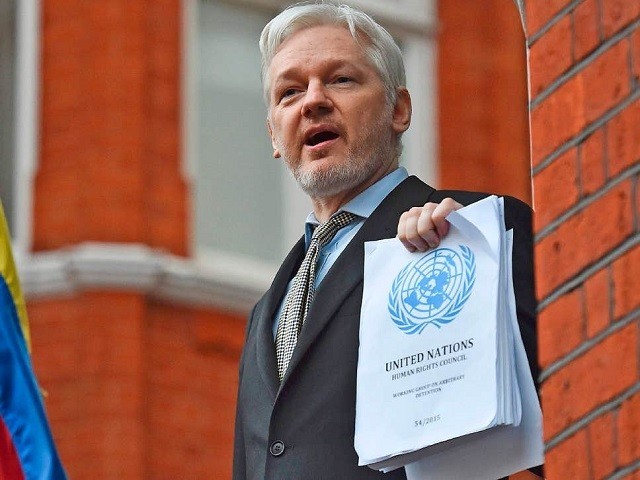 Assange, Wiki Leaks founder has repeatedly denied the allegation made against him in 2010.PHOTO: AFP/FILE

STOCKHOLM: A Swedish prosecutor said on Tuesday that she would not proceed with an investigation into an allegation of rape against WikiLeaks founder Julian Assange after a review of the evidence, even though prosecutors found the plaintiff’s claim “credible”.

The 48 year-old Australian citizen has repeatedly denied the allegation against him, made in 2010.

Jemima hilariously hits back at JUI-F cleric over WikiLeaks claim

“My assessment is that all investigative measures that can be taken have been taken. But… the evidence is not strong enough to file an indictment,” deputy director of public prosecutions Eva-Marie Persson told reporters.

The accused has been held at a top-security British prison since April after police dragged him out of the Ecuadoran embassy in London, where he had been holed up since 2012 to avoid an extradition order to Sweden.

Assange was subsequently sentenced to 50 weeks in prison for breaching bail conditions when he took refuge in the embassy.

Following his arrest, Swedish authorities reopened their 2010 rape investigation, which had been closed in 2017 on the argument it was not possible to proceed with the probe as Assange could not be reached.

In September, prosecutors said they had interviewed seven witnesses over the summer and that Assange was suspected of rape.