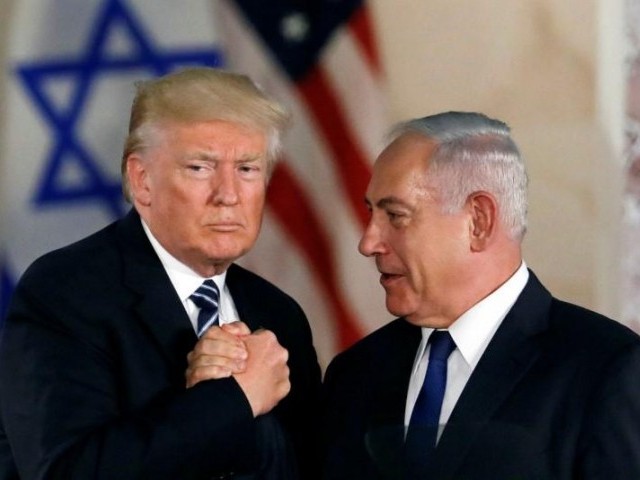 WASHINGTON: The United States on Monday effectively backed Israel’s right to build illegal Jewish settlements in the occupied West Bank by abandoning its four-decade-old position that they were “inconsistent with international law,” a stance that may make Israeli-Palestinian peace even more elusive.

The announcement by Secretary of State Mike Pompeo was a victory for Israeli Prime Minister Benjamin Netanyahu, who is struggling to remain in power after two inconclusive Israeli elections this year, and a defeat for the Palestinians. 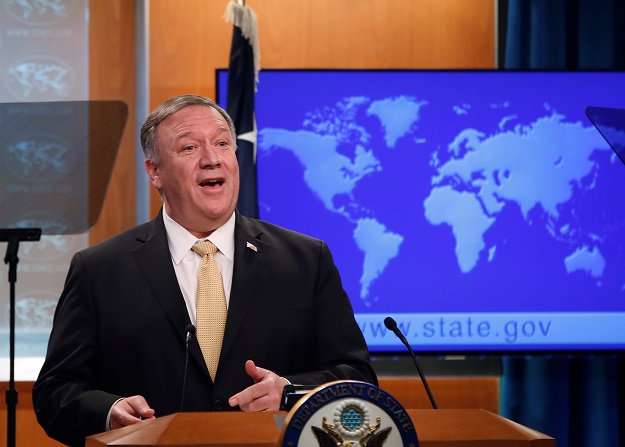 US Secretary of State Mike Pompeo delivers a statement on the Trump administration’s position on illegal Israeli settlements in the occupied West Bank during a news briefing at the State Department. PHOTO: REUTERS

It appeared to deliver a new blow to Trump’s efforts to resolve the Israeli-Palestinian conflict through a peace plan that has been in the works for more than two years but has drawn widespread skepticism even before its release.

Pompeo said US statements about the illegal settlements on the West Bank, which Israel captured in 1967, had been inconsistent, saying Democratic President Jimmy Carter found they were not consistent with international law and Republican President Ronald Reagan said he did not view them as inherently illegal.

“The establishment of Israeli civilian settlements is not, per se, inconsistent with international law,” Pompeo told reporters at the State Department, reversing a formal legal position taken by the United States under Carter in 1978.

His announcement drew praise from Netanyahu, who said it “rights a historical wrong,” and condemnation from Palestinian negotiator Saeb Erekat, who said Washington was threatening “to replace international law with the ‘law of the jungle.'”

Palestinians argued the US stance flouted international law. The international community views the transfer of any country’s civilians to occupied land as illegal under the Fourth Geneva Convention of 1949 and UN Security Council resolutions. 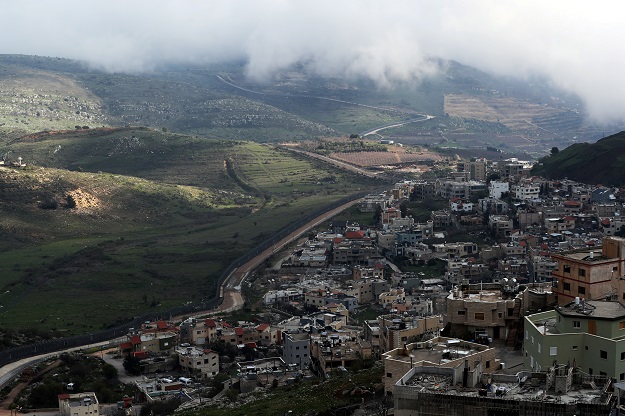 “The United States is neither qualified nor is it authorised to negate international legitimacy resolutions and it has no right to give any legitimacy to Israeli settlements,” said Nabil Abu Rudeineh, a spokesman for Palestinian President Mahmoud Abbas.

The United States said its stance could prompt violence, warning Americans in the region to exercise greater vigilance because those opposing the move “may target” US government facilities, private interests and citizens.

Jordan’s foreign minister, Ayman Safadi, said the policy change would have “dangerous consequences” for the prospects of reviving peace talks and called settlements “a blatant violation of international law.”

Pompeo said the move was not meant to prejudge the status of the West Bank, which the Palestinians hope will become part of an eventual Palestinian state as part of a wider resolution of the conflict.

“This is for the Israelis and the Palestinians to negotiate,” he said, saying the US decision was not meant “to compel a particular outcome nor create any legal obstacle to a negotiated resolution.”

Like many of the Trump administration’s pro-Israeli moves, the settlement announcement is likely to appeal to evangelical Christians, an important part of Trump’s political base that he is counting on to help him win re-election in 2020.

The timing suggested the White House may believe it could help Netanyahu withstand a challenge from his leading domestic rival Benny Gantz two days before Gantz faces a deadline to form a government after an inconclusive election.

Analysts criticized the move, saying it would make it even harder to resolve the more than 70-year-old conflict.

“He can declare that night is day, but it will not change the fact that Israeli settlements are not only illegal under international law, but are also a huge obstacle to peace and to the stability of our region,” said Hagit Ofran of the Israeli anti-settlements group Peace Now.

The announcement marked the third major instance in which the Trump administration has sided with Israel and against Palestinians and Arab positions. 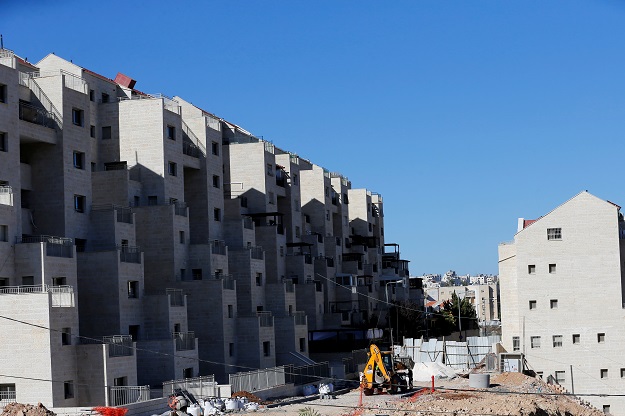 A general view shows the illegal Jewish settlement of Kiryat Arba in Hebron, in the Israeli-occupied West Bank. PHOTO: REUTERS

In 2017, Trump recognised Jerusalem as the capital of Israel and, in 2018, the United States formally opened an embassy there. US policy had previously been that Jerusalem’s status was to be decided by the parties to the conflict.

And in March, Trump recognised Israel’s 1981 annexation of the Golan Heights from Syria in a boost for Netanyahu that prompted a sharp response from Damascus.

As of late Monday, no other nations appeared to have followed the United States by declaring they had ceased to view the settlements as inconsistent with international law.

Trump’s move may aim to help Netanyahu as he tries to stay in power. After two inconclusive elections this year, Netanyahu and rival Gantz have both struggled to forge a ruling coalition.

Martin Indyk, a former US peace negotiator, described the decision on Twitter as “a totally gratuitous move.” “Why slap the Palestinians in the face again? Why boost the settlement/annexation movement at the very moment that Gantz is trying to form a government?” he asked.