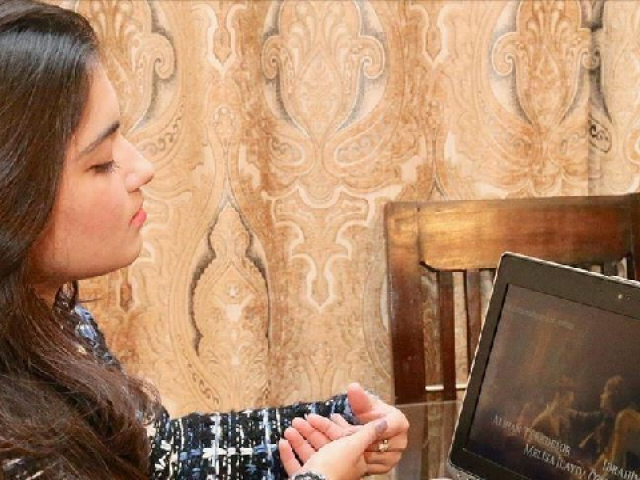 ISLAMABAD: Turkish television drama series being aired in Pakistan has led to an increased interest among Pakistanis to visit Turkey and learn Turkish.

“Viewers are impressed with Turkish-made serials, and that increases their interest in Turkey. Many Pakistanis come here to our travel agency to visit Turkey after watching them,” Engin Tokul, manager of Sefer Turk travel agency, told Anadolu Agency.

Tokul said that since 2013, there has been a significant increase in the number of trips to Turkey from Pakistan.

Tokul thinks the number will increase to over 120,000 by the end of this year.

Ulas Ertas, director of the Lahore Turkish Cultural Center at the Yunus Emre Institute (YEE), said almost 80% of those who want to learn Turkish at the institute are those who are interested in Turkish TV series and films.

The National University of Modern Languages in the capital, Islamabad, has also taught the Turkish language since 1972, said Ertas.

“There is a cooperation protocol between [state-run] Pakistan Television (PTV) and the Turkish Radio and Television Corporation (TRT) and an initiative with the Turkish embassy and Yunus Emre Institute. We would like to add Turkish cartoons to PTV’s children’s channel.”

Since Turkish serials became popular in the country, some Pakistanis have also been trying to learn Turkish on their own.

Sena Nur, a student at the International Islamic University in Islamabad, told Anadolu Agency she has been learning Turkish for four years after watching the Turkish serial Dirilis Ertugrul on TRT1.

“I first heard about Dirilis Ertugrul from a tweet by Turkish President Recep Tayyip Erdogan. I have been interested in Turkish history since my childhood and started learning Turkish because I couldn’t understand what I was watching. I started to learn through the internet with basic educational videos,” said Nur.

Nur knows four languages, including Turkish and Arabic, and practices with English-speaking Turks who follow Erdogan.

So far, she has watched the Dirilis Ertugrul, Payitaht Abdulhamid and Calikusu serials.