Accord­ing to the provin­cial vaccin­e progra­mme, 13,500 childr­en have been affect­ed by Typhoi­d fever
By ​ Our Correspondent
Published: November 19, 2019
Tweet Email 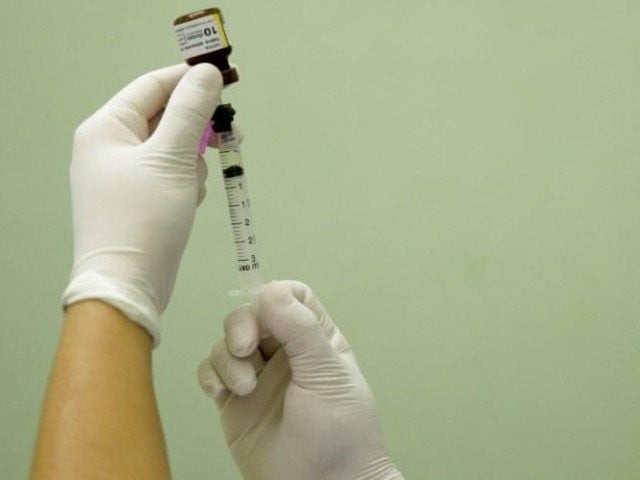 KARACHI: The Typhoid Conjugate Vaccine (TCV) campaign started from Monday in Sindh and will continue till November 30, 2019 in the province. The campaign, which will cover all parts of Karachi, most areas of Hyderabad and urban union councils of other districts of Sindh, aims to vaccinate 10.1 million children, aged between 9 months and 15 years. The anti-typhoid campaign has been started in 462 union councils, where a total of 8,128 teams are participating.

According to the provincial vaccine programme, 13,500 children, aged between 2 and 5 years, had been affected by the XDR (Extensively drug-resistant) Typhoid fever, which is resistant to antibiotics. The largest number of cases was reported in Karachi.

Experts say that XDR Typhoid is a new type of infection, which cannot be treated by ordinary antibiotic medications. It can, however, be treated by just two medicines, which are expensive and are known to be lifesaving antibiotics. If these two medicines fail to produce results, then no other drug will cure the patient. Experts have urged parents to vaccinate their children so that they can be protected from this fever.

National Institute of Child Health (NICH) Director Dr Jamal Raza said that “during the current year, 887 typhoid cases have come to the fore so far, out of which 830 cases were of XDR Typhoid while the number of common typhoid fever was only 57.”