Bilate­ral engage­ments focus on broker­ing some kind of a deal betwee­n Tehran and Riyadh­
By ​ Our Correspondent
Published: November 18, 2019
Tweet Email 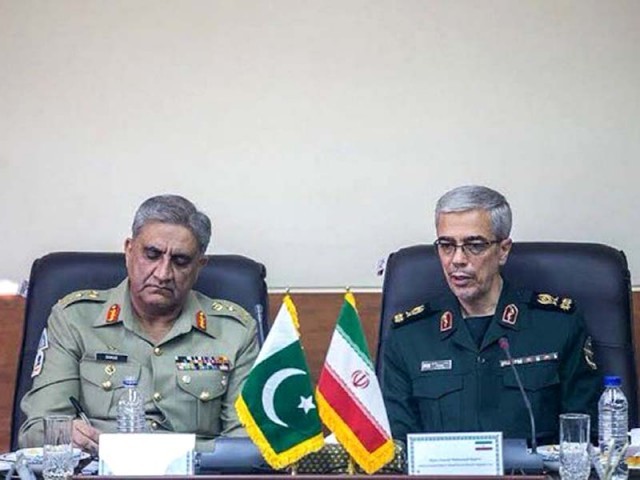 There have been a flurry of high-level exchanges between the two countries in recent months, with focus on brokering some kind of a deal between Tehran and Riyadh.

The two countries were heading for confrontation after Saudi oil facilities came under missile attacks in September. Saudi Arabia and the US blamed Iran but Tehran rejected claims.

However, tensions have eased a bit in recent weeks and Foreign Minister Shah Mehmood Qureshi said Pakistan had played a role in preventing further escalation in tensions.

Against this backdrop, the visit of the army chief is seen as significant. According to the military’s media wing, General Bajwa held talks with Chief of Staff of the Iranian Armed Forces Major General Mohammed Hossein Baqeri. Both the leaders discussed regional security situation as well as border security.

The Pakistani army chief and the Iranian commander reviewed the avenues regarding strengthening bilateral relations in the military as well as security affairs.

Both the sides discussed maintaining security of borders, preventing the activities of terrorist groups, promoting border trade exchange and convergence among Islamic countries.

The reference to convergence among Islamic countries suggests that the two military commanders must have discussed the on-going situation in the Persian Gulf region particularly when it comes to tensions between Iran and Saudi Arabia.

Pakistan has been seeking a dialogue between the Middle East rivals as it fears that any conflict between the two key Muslim countries will have serious implications for the region.