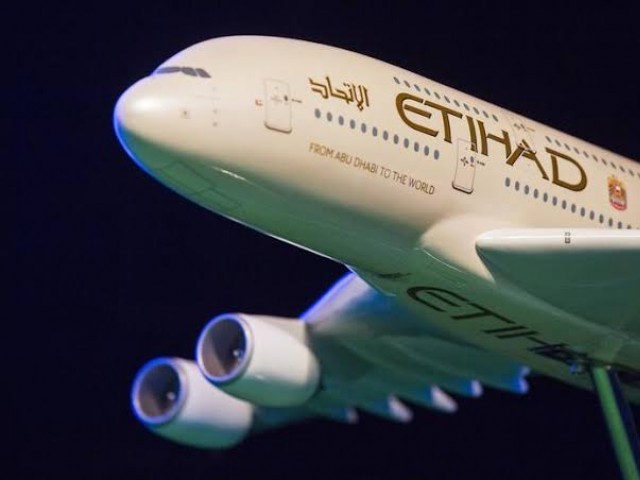 “We are slightly ahead of where we plan to be. And if we stay focused will see a very strong Etihad,” Douglas told reporters.

Etihad suffered its third consecutive annual loss in 2018 despite cost savings of nearly half a billion dollars as it cut its workforce and fleet.

Etihad, which has trimmed its ambitions to be a major intercontinental airline, has made losses of $4.75 billion since 2016.

Douglas said a series of announcements are expected over the next two to three weeks about the new low-cost carrier it is setting up with Air Arabia.

“A whole schedule of announcements by the end of first quarter, second quarter,” he said.

He declined to be more specific or say which destinations the low-cost carrier will serve.

The new carrier, Air Arabia Abu Dhabi, will be the UAE’s fifth airline. Others include Emirates and Dubai discount carrier flydubai.

Etihad has been pursuing a turnaround strategy since 2017 that has seen it downsize its operations, including cancelling dozens of Airbus and Boeing orders.

Under Douglas, who joined in 2018, Etihad has refocused on becoming a mid-sized carrier, while stepping away from its investments in some of the airlines it holds stakes in.

Etihad, which has lost nearly $5 billion in the past three years, spent billions of dollars buying minority stakes in other airlines including insolvent Air Berlin, and Jet Airways.

Earlier last month, the airline projects to return to profitability in 2023, at the end of its five-year turnaround plan.

Etihad Chief Commercial Officer Robin Kamark told reporters on the sidelines of an aviation conference in Abu Dhabi that Etihad has taken delivery of two Airbus A-350-1000 aircraft.