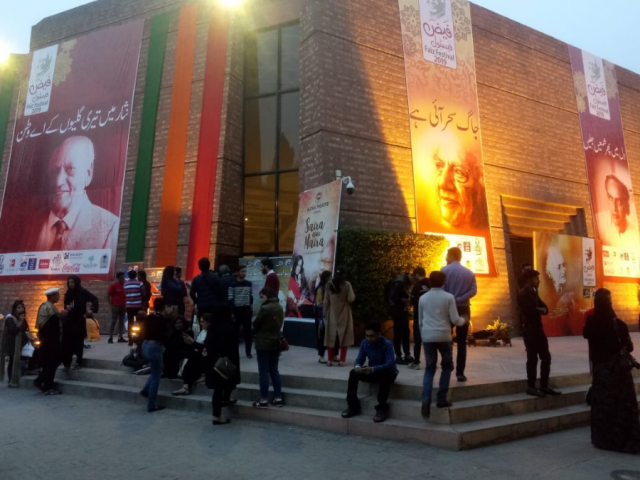 LAHORE: Faiz International Festival kicked off on over the weekend, with a lot of hustle and bustle at Alhamra Hall, Mall Road. It comprised of lectures and seminars on topics varying from art, literature, poetry, politics, media and environment and famous scholars sharing their points of view on the topics.

A similar session, ‘Kuliyat-e-Faiz’, in conversation with the Editor Dr Nomanul Haq, was held at Hall number three on day two. Other speakers and moderators included Salman Akram Raja and Anjum Altaf.

Dr Haq started with reading out excerpts from the book. The speaker Salman Akram Raja said that he had never heard of Faiz and his work until he went to study abroad in 1985, because it was missing from the syllabus in Pakistan. He also pointed out instances that showed the uniqueness of Dr Haq’s work, especially in footnotes, terming it “Sarkashi” (rebellious). 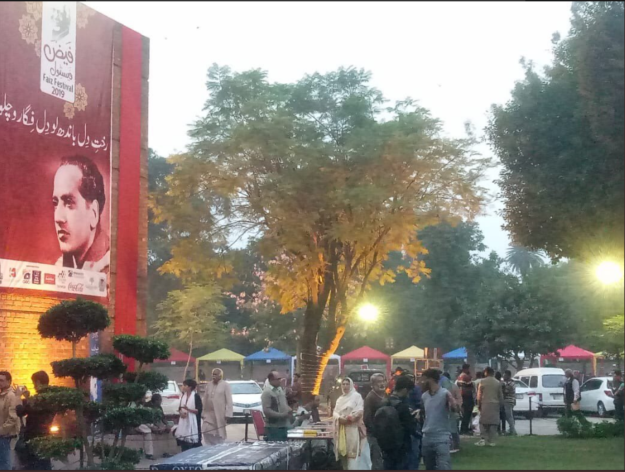 Dr Haq said that in a critical appreciation, scholars don’t interfere with the content, adding that it is beneficial that it brings forth those elements of the artist/writer that had been edited or missed.

Raja then read out Faiz’s Heart-attack and also pointed out a unique intervention by Dr Haq, who said that he did not do anything that is in contravention of basic principles. There are many examples to it. ‘Imla’ can be corrected and he had also done so in the work.

Raja, in his talk, stressed that he wanted to make the audience aware of how important footnotes are. The session ended after Salman read out the famous Faiz poem Hum Jo Tareek Rahon Main Maray Gai.

The day concluded with a kathak dance performance by Farah Yasmeen Shaikh and Tarz Group in the evening.

Marsiya, a genre of Urdu poetry, can trace its origins to the subcontinent, said Urdu language expert and poet Dr Arfa Zehra on day three. She expressed these views during a session titled ‘Rahnai sai jo main karta kaghaz pe qalam – Shairi ki Asnaf’ on the final day of the festival. The session was moderated by Qasim Jafri.

Dissecting the origin, form and history of the different genres of poetry, Zehra explained that Marsiya is our own genre. She explained how the subcontinent witnessed an amalgamation of different civilisations and different Muslim cultures. They brought with themselves expressions of sorrow and joy which eventually led towards the birth of Marsiya. “It was not only to grieve the death of the people; it was written to mourn the death of principles.”

According to Jafri, Marsiya is influential because it described the pain of the most tragic incident in history. He maintained that the genre of Mussadas has also been introduced by Urdu. 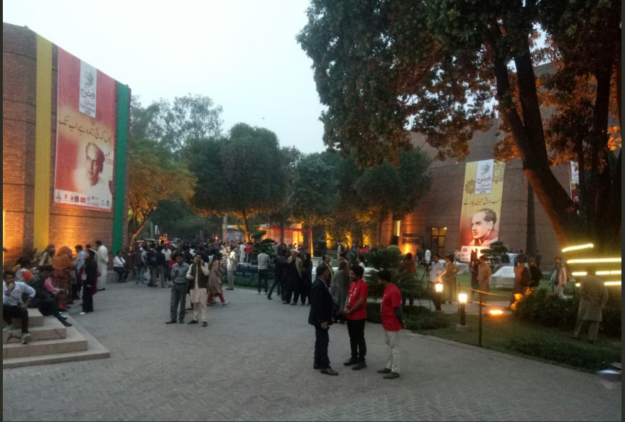 Zehra said that poetry is inherently connected to the understanding of and expression of grief. She quoted an example in which Ghalib had used ‘aesay’ and ‘jesay’, words which imply frankness. She recited a verse from Naat, written by Ghalib, in which they denoted love and veneration. She said that every one of us has an imagination. However, poetry can transform it into feelings. “Poetry narrates what is deep down inside our hearts and we become familiar with it,” she added.

Jafri shared that according to a survey, there have been over 35,000 Urdu poets and at least 1,000 of them had dewans. According to Zehra, the three greatest ones include Mir Taqi Mir, Mirza Ghalib and Allama Iqbal.

She also explained how the genre of ghazal has different meanings. Some say that it is talking to girls. Another meaning refers to the scream of a deer after it is hunted. “In ghazal, the poet has to pick and choose the placing of words and weave it using their imagination. It is a delicate process,” she added.

At the end, Zehra recited a few verses. She ended the session saying it so difficult to sum up and talk about poetry in 45 minutes. “Poetry is said to be food for the soul. Through it, the use of the simplest words takes us to new heights of imagination,” she said.