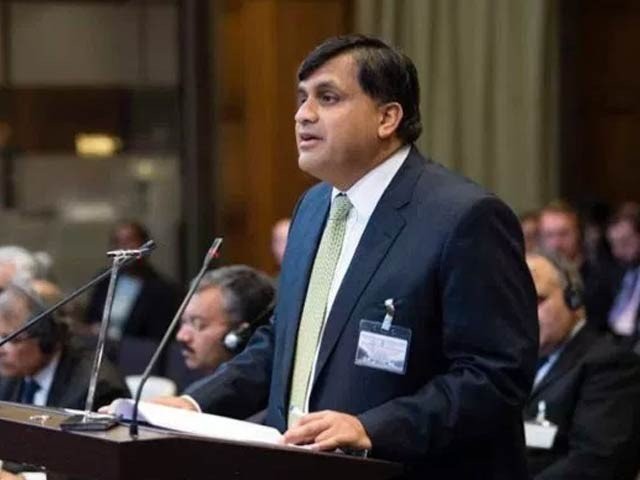 ISLAMABAD: Pakistan on Sunday firmly rejected the unfounded remarks reportedly made by the Indian External Affairs Minister (EAM) in an interview with a French newspaper and in interaction with certain other media outlets.

“This outburst is yet another reflection of India’s characteristic hubris and the BJP government’s well-known smear campaign against Pakistan,” the foreign office spokesperson said in a press release.

“It is deplorable that to further the RSS-BJP extremist ideological and nationalistic agenda, and to divert global attention from the gory reality in IoJ&K, senior Indian officials continue to manufacture “facts” both with regard to the issue of terrorism and the situation in IoJ&K. If anything, Commander Kulbhushan Jadhav is the face of India’s “export” of terrorism to Pakistan,” it added.

The spokesperson said India’s frustration was evident from the fact that despite its relentless state-terrorism in Indian Occupied Jammu and Kashmir (IOJ&K) for decades, it had failed to muzzle the peaceful voices of the Kashmiri people and their demand for self-determination promised to them in the United Nations Security Council resolutions.

India also continued to be the safe haven for those preaching hate and carrying out hate crimes, including against its own minorities, with impunity and indeed under state patronage.

“With regards to the Minister’s farcical claim that the “situation is back to normal” in IoJ&K, the question is why this ‘normalcy’ not visible to the outside world? For India, there is no escape from the reality that its state-sponsored repression cannot break the will and indomitable spirit of the Kashmiri people,” the press release added.

India would be well-advised to move away from its obsession with Pakistan and also from its continued denial of reality. Pakistan, for its part, would continue to highlight the plight of the people of IoJ&K and reiterate its call for the peaceful resolution of the international dispute of Jammu & Kashmir.

“As a country that has suffered the most from cross-border terrorism, Pakistan would continue to contribute constructively to regional and global efforts to promote peace and prosperity in the region and beyond,” it added.