Another youth falls victim to killer kite string in Lahore

Another youth falls victim to killer kite string in Lahore 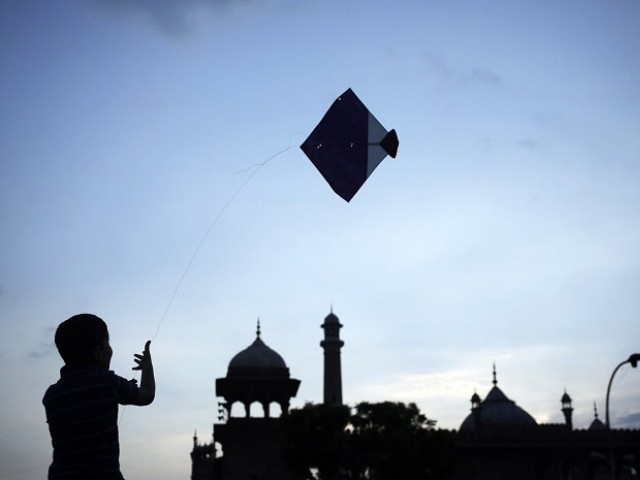 LAHORE: Another death of a youth due to a kite string was reported in the provincial metropolis on Sunday.

The victim, identified as Amir Ali, was travelling on a motorcycle when a kite string slit his throat near Mughalpura flyover. The victim fell down from the motorcycle and sustained critical injuries. He was shifted to a nearby hospital for treatment. However, the victim could not survive and breathed his last.

DIG Operations Ashfaq Khan issued a strong warning to all SHOs that incidents of death due to kite strings could not be tolerated. He also warned of strict action against the SHO concerned.

Commenting on the details of an ongoing crackdown against kite flying, Khan said Lahore police have registered 1,746 more cases this year against violations of the Kite Flying Act. In comparison, 2,249 cases were registered last year. So far, a total of 3,995 cases have been registered over violating the Kite flying Act.

Chief Minister Usman Buzdar also took notice of the incident and ordered the quarters concerned to take action and submit a report in this regard.

The Punjab government has adopted a zero tolerance policy against kite flying for over a decade. In most instances when such a case has been reported, the SHO or DSP concerned, and in some cases an SP, have been suspended.

However, the cases keep increasing every day. Last month, a 20-year-old man died due to kite string in Sanda. In July, a 25-year-old man was injured.

In April, 28-year-old Farhan was injured in Youanabad. Two such incidents were reported in the first week of February in Factory Area. In January this year, a man was killed due to a kite string in Harbancepura. Another victim, identified as Noor Muhammad, 40, was injured.