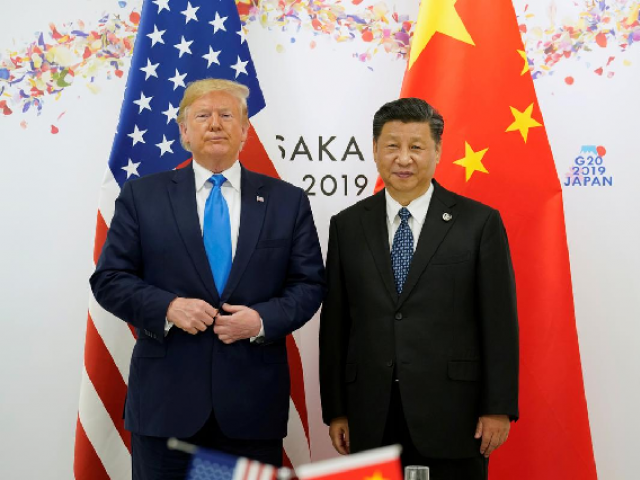 ISLAMABAD: When it comes to trade wars, China’s strategy of slapping tariffs and exploiting monopolies in rare-earth metals has been its geostrategic weapon of choice but this market power and political leverage is often short-lived.

In Sept 2010, after a brief spat with Japan over the detention of Chinese fishermen, China halted shipments of rare earths to Japan and introduced export quotas citing environmental costs. Prices rose but markets responded with investment flowing into new rare-earth projects.

Molycorp Inc in California re-opened the Mountain Pass mine in the same year. In the meantime, when the World Trade Organisation (WTO) pushed China to lift embargo on rare earths, China flooded the market with cheap rare earths – driving operations of mining companies like Molycorp totally infeasible.

What we learnt from the 2010 episode was that Japan and China were not the only ones affected in the trade war raging between the two countries. We also saw that despite producing over 90% of the world’s supply, China still has limited leverage in the rare-earth market and global supply chains.

In early 2019, China expressed its willingness to limit rare-earth supply in the US trade row and supplied only 40,000 tonnes of rare earths in the first nine months of 2019. Later, Beijing suddenly jacked up quotas to a record high of 132,000 tonnes and rare-earth exports increased by 17% in October 2019 from a year earlier.

This is again a strategic response to Pentagon’s potential partnership with Australia for the supply of rare earths for its military acquisitions. Pentagon needs tonnes of rare-earth elements for its production of F-35 aircraft alone.

After an initial round of successful talks, Northern Minerals plans to upgrade its demonstration plant in western Australia while Japanese-backed Australia’s Lynas Corp is looking to set up a new plant in Texas.

Japan discovered huge reserves of rare-earth elements off the coast of its islands in 2018. In this context, apparently Beijing boosted its quotas suddenly in order to make these joint ventures economically unviable.

However, this time Trump wants to keep the WTO out of the trade dispute and has tried to render the organisation less effective by blocking new appointments on its appellate body.

The United States recently lost a six-year-old case of anti-dumping duties imposed on Chinese goods such as tyres and solar panels, but the Trump administration has refused to change practices that the WTO objected to.

Washington, however, welcomed a ruling in its favour related to EU subsidies for Airbus. With the WTO and its dispute resolution body on the verge of breaking down, Trump has started to take matters in its own hands.

With an exception to recent imports of meat and soybean from the US due to a shortfall in meat production, Chinese imports declined significantly over the last year. This pushed China’s trade surplus to a record $400 billion over the past four quarters and its trade surplus in October alone exceeded $40 billion.

The current account surplus was around $200 billion in the last four quarters and this fact that China is not running a deficit despite trade wars is due to its very high savings rate.

People’s Bank of China has cut its interest rate and renminbi has been devalued to make exports more competitive and though domestic demand remains weak, Beijing has been way more pragmatic about the ongoing trade war than Washington is.

From leveraging world’s supply of rare-earth minerals to an informal boycott of American goods to taking 180-degree policy shifts regarding soya imports when needed, Beijing seems to know what it is doing.