The price of onions has soared since India banned export­s in Septem­ber after heavy monsoo­n reduce­d the crop
By AFP
Published: November 17, 2019
Tweet Email 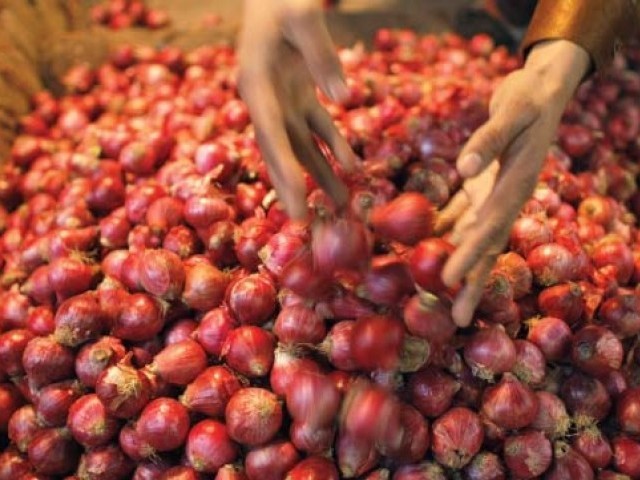 The price of onions has soared since India banned exports in September after heavy monsoon reduced the crop. PHOTO: AFP/FILE

DHAKA: Bangladesh is urgently importing onions by air as the price of the essential ingredient in local dishes soared to record highs, an official said on Sunday, with even the prime minister chopping the bulb from her menu.

The price of onions — a sensitive subject in South Asia where shortages can trigger widespread discontent with political ramifications  has climbed to eye-watering levels in Bangladesh since neighbouring India banned exports in late September after heavy monsoon rains reduced the crop.

One kilogramme of the staple vegetable usually costs 30 taka (36 US cents) but has soared to up to 260 taka after the ban was imposed.
Hasina’s deputy press secretary Hasan Jahid Tusher said that onions were being imported by air freight, and that “Prime Minister (Sheikh Hasina) said she has stopped using onion in dishes”.

None of the dishes at the PM’s residence in Dhaka on Saturday contained onions, he added.

Local media reported several onion consignments arrived at a major port in Chittagong city on Sunday after Dhaka — facing a public outcry — imported the bulb from Myanmar, Turkey, China and Egypt.
The state-run Trading Corporation of Bangladesh (TCB) is also selling onions at a discounted 45 taka per kilogramme in the capital Dhaka.

At the city’s busy Farm gate neighbourhood, hundreds of people queued for hours — some getting into scuffles — to buy the subsidised vegetable.

“Even if I have to stand another two hours, I will do that. I can save some 250 taka by buying one kilogramme of TCB onion. I am standing here because I have to save money,” said Ratan, an English teacher who goes by one name.
“I am 41 years old. I have never seen onion prices ever crossing beyond 120 taka.”

Sharmin, a housewife who also goes by one name, said she had stopped using onions in her cooking in the past week.

“My husband sells piazu (pakora), which needs huge quantity of onion. But after the recent price hike, he stopped selling piazu,” she added.

Restaurants have cut onions from their menus and there has been a fall in the sale of deep-fried snacks normally cooked with onions.

Bangladesh’s largest opposition party has called for nationwide protests on Monday over the record prices, which they blame on the government.