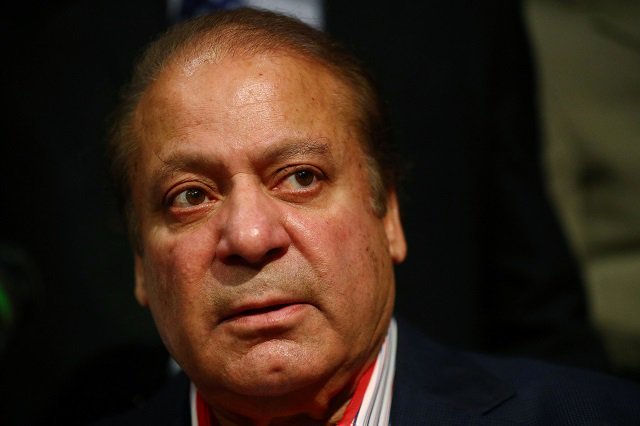 LAHORE: Former prime minister Nawaz Sharif is expected to leave for London in early hours of Tuesday subject to go-ahead by his doctors, a Pakistan Muslim League-Nawaz (PML-N) leader has revealed.

“An air ambulance has been booked by Hussain [Nawaz’s son] that will arrive here in Lahore on Tuesday and subject to permission of his doctors, Nawaz will leave for London on the same day,” the leader told The Express Tribune on condition of anonymity.

“His brother Shehbaz Sharif and [personal physician] Dr Adnan Khan are accompanying him as per the existing understanding. It will be decided on Sunday [today] as to who else could also fly with Mian Sahib [Nawaz],” the leader added.

PML-N Punjab spokesperson Azma Bukhari said, “Doctors are currently treating the former premier for multiple conditions, including blood pressure, diabetes and the most critical of all Immune thrombocytopenic purpura (ITP), due to which he is not fit to fly.”

Given the high dose of steroids, she said, there was swelling on his body. “His platelets count again dropped to 15,000 on Friday.”

Bukhari said she was not aware of new test results that had arrived on Saturday.

“Doctors would be transfusing him with mega kits to artificially increase his platelets to at least 30,000 to 35,000 – the lowest level required to fly,” she said.

She said air ambulance was likely to be booked from Qatar, after consultation with his doctors.  The PML-N leader said Nawaz Sharif would not fly directly to London. “He would first make a stopover in Dubai or Qatar. The doctors have advised him not to fly for more than five hours at a stretch.”

PML-N Secretary Information Marriyum Aurangzeb, in a statement, said the party “thanks God for paving the way for Nawaz Sharif’s treatment abroad” and “prays for his speedy recovery”.

She said preparations to send the PML-N supreme leader for treatment were under way on emergency basis, adding that to make him medically fit for travel, the doctors required 48 hours. These, she said, included boosting his platelet count and taking measures to prevent cardiovascular complications.

“Mian Sahib’s [Nawaz’s] medical condition is so critical that doctors are trying their best to do everything they can to prevent an emergency complication during the flight,” she added.