Spectre of antimicrobial resistance and its implications

Spectre of antimicrobial resistance and its implications 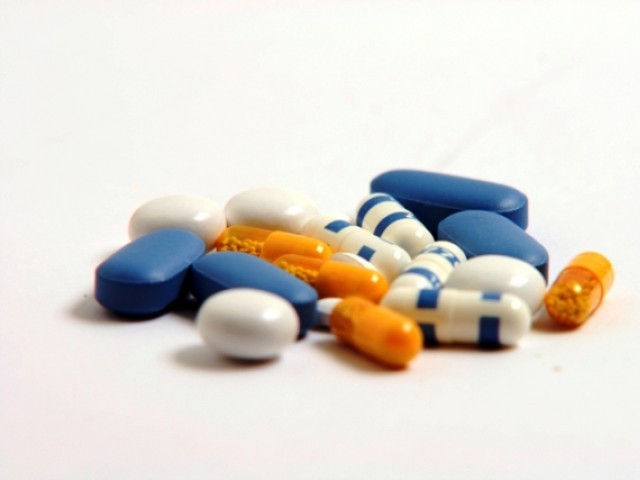 KARACHI: The 21st century has seen greater reliance on antibiotics to fight diseases worldwide but there have been increasing cases where bacteria or microbes in question tend to survive, minimising the effects of the medicines partially or completely, thus becoming ‘resistant’. Likewise, in Pakistan, antimicrobial resistance (AMR) is becoming a major health issue resulting in a startling rise and spread of various infections due to multidrug resistant viruses. Despite the availability of antimicrobial medicines or antibiotics so to speak, these superbugs are susceptible to growing and can eventually become problematic. According to researchers, the developing resistance to drugs in microbes is a consequence of routine use of antibiotics.

Experts at Aga Khan University’s symposium discussed on Saturday the challenges related to AMR, particularly in context of issues faced by Pakistan, while referring to various case studies in this regard.

Talking about AMR health strategy, policy analyst Johanna Hanefeld from London School of Hygiene and Tropical Medicine presented the conclusions of her research, which focused on motivation, social construction, contextual drivers and power relations of the policy actors in Pakistan that play a part in decision making.

“We chose to use a one health approach to examine the policy process, the actors, networks and power across human and animal health and wanted to identify who is influential when it comes to antibiotics,” Hanefeld explained.

“One of the things that made Pakistan so interesting for research was the presence of local and global pharmaceutical producers here,” she said. Further elaborating on her research, Hanefeld said that the first subject her team researched on pertained to the perception of AMR in Pakistan.

“We performed a framing analysis to look at how the issue of AMR is presented [in Pakistan and]…we found that economic cost and human security narratives are the most dominant frames,” Hanefeld revealed as she endorsed that AMR is complex with no single, logical pathway through which policy prescriptions and governance mechanisms can be created. It’s all about planning ‘realistically’, she stressed.

The session also shed a light on the impact of substandard and counterfeit medicines, with  particular focus on how these drive resistance. As per estimates, poor quality medicines make up 10% to30% of drug sales worldwide, causing over 100,000 preventable deaths annually.

“The issue of poor quality medicines is not unique to Pakistan, it is a problem that is significant all over the world,” said Professor  Hamid Zaman of Department of Biomedical Engineering, Boston University as he shared evidence of drugs that fed “reservoirs of resistance” in microbes. Poor quality medicines not only cause numerous deaths every year, these also lead to AMR and result in losses in the national investment, he added.

“We have been working on developing technologies for testing the quality of medicines, over the period of past seven years,” said Zaman, insinuating that it has become imperative to come up with solutions in this regard as there’s limited check on the drug quality in Pakistan.

Associate Professor Mishal Khan, a member of AKUH’s visiting faculty, highlighted the misuse of antibiotics, calling it a global health problem. Focusing on National AMR Action Plan, she said, lack of political will can also be the beginning of research questions. “With regards to AMR, political and financial drivers that are working behind the scenes are really, really important.”

Khan stressed on a consolidated engagement and coordination from all sectors, including human and veterinary medicine, trade, agriculture, government and the private sector to deal with AMR.

“Even though, as public health people, we are really committed to reducing inappropriate use of antibiotics for a variety of reasons, we have to bear in mind that it’s not in everybody’s interest [ concerning how selling medicines generates money],” Khan affirmed as she mentioned various direct and indirect suppliers of antibiotics.