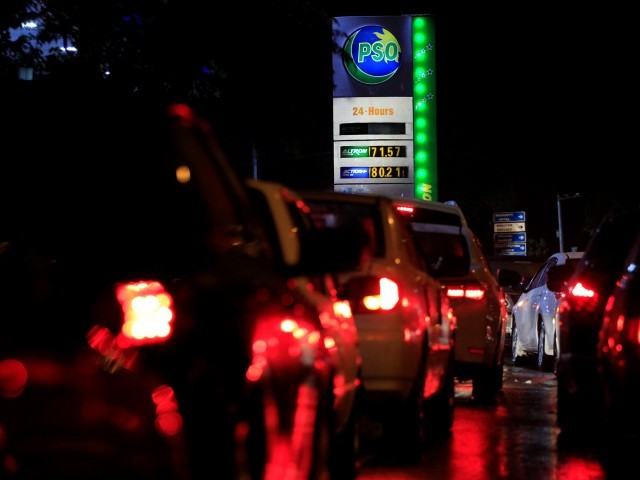 ISLAMABAD: State-owned oil marketing company Pakistan State Oil (PSO) has faced a loss of billions of rupees on foreign exchange borrowing in the wake of rupee’s sharp depreciation against the dollar in the past around two years.

In September this year, PSO was to receive Rs107 billion from the power sector compared to receivables of Rs199.9 billion in June last year. However, circular debt in the liquefied natural gas (LNG) sector jumped due to delay in clearance of dues by Sui Northern Gas Pipelines Limited (SNGPL) on LNG supply.

The continued increase in the circular debt in the LNG sector had been a major concern for PSO.

Earlier, PSO’s core business was oil supply but the previous Pakistan Muslim League-Nawaz (PML-N) government diversified the company’s business and assigned it the task of LNG import from Qatar under a long-term government-to-government deal. However, this venture led to the emergence of circular debt in the LNG sector as well.

PSO’s LNG business in the first quarter of FY20 recorded a loss of about Rs800 million because of increasing financial charges and taxes.

“PSO is a company with diverse business portfolio that offers a range of quality products to its customers. When looking at the company’s performance, PSO has earned after-tax profit of Rs3.5 billion, along with growth in its market share, in Q1 of FY20,” a PSO spokesperson told The Express Tribune.

“This came despite various challenges including the increase in borrowing cost due to the prevailing high interest rates, and circular debt receivables, among others.”

The spokesperson further said: “The profit of Rs3.5 billion is a net of Rs833-million loss on LNG business, which is incurred due to a very thin margin, high financial charges and heavy taxation levied on import price rather than profit.”

“The financial charges were incurred and paid to banks as SNGPL continued to default on payments to PSO against LNG supplies. We actively remain in touch with relevant stakeholders on this matter,” the spokesperson added.