It may just be the beginn­ing of the unrave­ling of the Indian State
By Shahzad Chaudhry
Published: November 17, 2019
Tweet Email 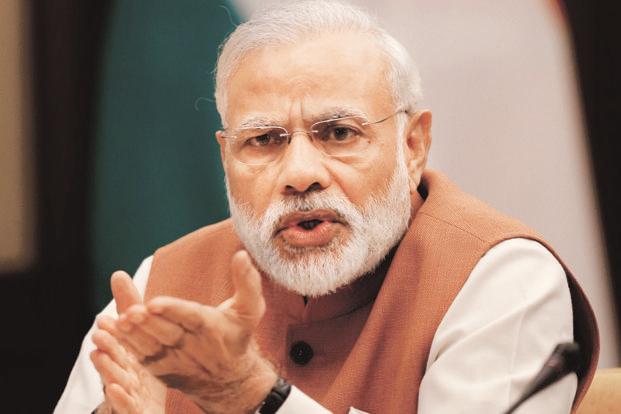 For more than 100 days now Kashmir and its residents, under Indian occupation, have been locked down in a curfew. The schools are closed and businesses shut. Daily supplies and critical medicines are in short supply. Life is at a standstill. There is limited respite for restricted hours in selected districts. Not all areas get to enjoy the restrained freedom of an hour or two when they can venture out without fear of being killed or kidnapped into oblivion. Thirteen thousand young children have been taken away since August 5, when the Modi government struck down Article 370 of the Constitution and incorporated Kashmir wholly and fully.

Kashmir’s own Legislative Assembly was dissolved in preparation of the usurpation of the state into India proper. It is now governed directly by Delhi through its appointed Governor. The Constitution of the State of Kashmir is held in abeyance — in the air somewhere — and has no role in governing the lives of the Kashmiris. The Constitution represented the common will of the people to be governed under agreed laws and statutes through their representatives in the Legislative Assembly. That right of representation and of being governed by its representatives is now denied to the Kashmiris by none but world’s largest democracy. Ironic.

Much more worryingly the region remains incommunicado within and with the outside world. The silence of the dead rules the once thriving and bustling people. Life in Kashmir is on hold. And is likely to remain so till someone can win the Kashmiris their right to ordinary life and routine freedoms due to every human being on earth. The world’s largest democracy is not listening and nine million Kashmiris remain incarcerated. They await their turn to human dignity.

India’s famed secularism took a backseat on November 9 with the announcement of the Babri Mosque verdict by its Supreme Court (SC). Under contention since the mosque was first built in 1528 on a site claimed between Hindus and Muslims for their exclusive religious use, the SC — the final arbiter of justice and ultimate custodian of both the letter and spirit of the Constitution which ensures inclusivity of all Indian people, including Muslims to their rights and freedoms — became anointed in colours of Saffron and baptised in the myth of “Hindutva exclusivity”, abandoning its pretensions to the spirit of justice by becoming a handmaiden of the RSS/BJP.

That the verdict planned to be announced later was hurried in on a Saturday — a court holiday — to coincide with Pakistan’s opening of borders to Indian Sikhs to freely visit their most sacred shrine five kilometres inside Pakistan, betrays the collusion between the State and the Indian judiciary forever blotting its image. Those who are there for a recourse on abrogation by the Modi government of the Article 370 need to know better. It helps to know who or what one is dealing with. With the state and its institutions pushing to Hindutv-ise the state and its society, the minorities remain dispensable and reduced to detestable affiliations. India’s SC is abetting this crime in violation of what it is meant to preserve and secure.

The decision is the Indian SC’s gift to the RSS as the latter prepares to celebrate its 100 years of formation in 2025. The SC could not verify any claims of probity of ownership before or after the mosque was built and demolished but still went ahead to judge on the need to appease public sentiment. It wasn’t jurisprudentially right or just but it was popular and safe in an environment of wandering mobs ready to lynch on a slight indication of defiance. This is creative jurisprudence. Till when can such order sustain?

The worry though is bigger. The Indian state and its military conducted an operation against the Sikhs in Punjab in 1984, called Operation Blue Star. In it they first eliminated the Jarnail Singh Bhindranwale’s group which had defied against Indian excesses towards Sikhs and sought a separation to protect their rights. Following their elimination from the Golden Temple — Sikhism’s most sacred religious site — began Operation Woodrose throughout Punjab to cleanse it of any kind of defiance around Sikh sensitivities. The backlash resulted in the assassination of the Indian Prime Minister, Indira Gandhi, by her Sikh guards. Reprisal killings of Sikhs as a consequence all over India resulted in some 3,000 more being killed after the earlier 2,000 eliminated or apprehended in Operation Blue Star. The Indian Sikh hasn’t been able to quite stand up again to claim his rightful place since. Around 140 million now live a life of quiet submission to the Hindu order.

Operation Blue Star is an unfortunate model of ethnic silencing and incremental enslaving of a people. Punjab, the land of the brave and stoic, seeped in fables of unparalleled valour, lies buried under the weight of an aggressive Hindu majority that now expresses itself through state power. Plucky Punjabis are turned into a submissive and compliant segment of the society. Muslims in India, around 200 million, similarly have been turned into virtual minions as they are lynched with abandon — and no check from the state — on contrived pretexts of eating or selling beef. The RSS/BJP agenda also includes a uniform civil code in disregard to the Muslim Personal Law; part one of which has been enforced by delegitimising “triple talaq”. This will dilute the separate identity of the Muslims reducing them to conform to a common law in contravention of their religious belief. This violates liberal political ethos which underwrites any democratic and inclusive political order. As India descends shallower in its ideological formulation it poses a threat to its own stability and that of the world at large.

Kashmir suffers from exactly the same mindset. The threat to the Kashmiri aspirations for “azadi” through self-determination stands vulnerable to the heinous ways of the Indian state which has successfully castrated its minorities to the point of enslavement. That’s the threat. The Indian model of suppression, oppression and submission is being repeated in Kashmir. The Kashmiris just may not have the able-bodied men to take their struggle forward. An entire generation of potential and present Kashmiri freedom-fighters is being eliminated. The Kashmiris may never be able to rise again for their rights. That’s the threat.

With the Dalits already oppressed, Sikhs silenced, Muslims too fearful to seek their rights under threats of Hindu mobs and Kashmir a virtual jail in chains, there isn’t a strain left of parallel thought in Indian society and politics which can challenge the tyranny of Hindu majority; further compromised by the unholy congruence of the state, legislature, military and the judiciary. It completes India’s decay into an overwhelming fascist order. Is this tenable and sustainable? For how long? It may just be the beginning of the unraveling of the Indian State.