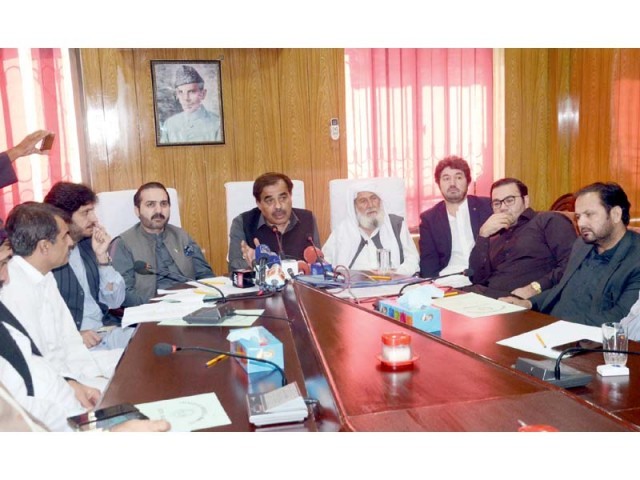 QUETTA: The Quetta Chamber of Commerce and Industry (QCCI) Senior Vice-President Badaruddin Kakar has said the provincial economy cannot be stabilised without taking into account the ground realities of Balochistan with regard to business.

He shared these views on Thursday while addressing EU-GSP Rules of Origin and Origin Certification under Rex System WEBOC seminar conducted by the Trade Development Authority of Pakistan (TDAP).

“V-BAC system was installed at Chaman and Taftan borders decades ago but now TDAP is installing new systems in order to ease trade activities in border areas,” said a TDAP official.

The QCCI’s Vice President Kakar lauded the initiative and awareness seminar and said the E-Taxation system would be helpful in encouraging legal trade in the province.

He added, however, that TDAP director general should have attended the seminar in order to hear issues of the businessmen.

“The presentation was very informative but the system would take months for installation and functionalisation,” Kakar said. He also expressed concerns over the central government’s move of assuming quarantine powers.

“The government has been collecting 2.5 export surcharge from Balochistan but the surcharge money should have been allocated for the provincial development. Balochistan has the potential to become a big exporter and this potential should be explored,” he said.

‘No need to hire outsiders to top government posts’