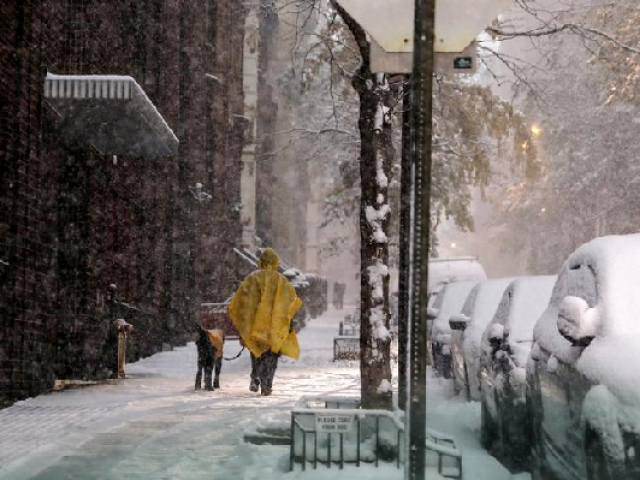 PARIS: Heavy snowfall across a large swath of southeast France has left one person dead and cut power to some 300,000 homes, with icy conditions snarling train and road traffic Friday.

A 63-year-old man was killed Thursday evening in the Isere department after a snow-laden tree fell on him while he was trying to clear away another downed tree, local officials said.

Grid operator Enedis said 300,000 homes were without electricity Friday, mainly in the Drome, Ardeche, Isere and Rhone departments, which include the cities of Lyon and Grenoble, a spokesperson told BFM television.

“It’s an exceptional situation because the snow is heavily concentrated in a single area, which is why we have significant damage to our power lines,” said the spokesperson, Robin Devogelaere.

“We’ve had trees knocked down, and branches weighed down with snow have frozen and caused short-circuits,” he said, adding that treacherous roads were making it hard for teams to reach and fix the cables.

Up to 30 centimetres (one foot) of snow had fallen at higher elevations near the Alps in less than 24 hours, and 15 centimetres was reported at the Lyon airport.

The Meteo France weather agency had lifted travel warnings for much of the area by Friday morning, though maintained alerts for snow and black ice in the Saone-et-Loire department.

Several trains had to be evacuated overnight, with passengers transferred to other lines or housed in hotels.

Authorities had halted truck traffic Thursday to avoid pileups on heavily used routes, though the restrictions were expected to be lifted later Friday.