In an old interv­iew that recent­ly went viral, the actor thanke­d the first wife for being accomm­odatin­g and welcom­ing
By Entertainment Desk
Published: November 15, 2019
Tweet Email 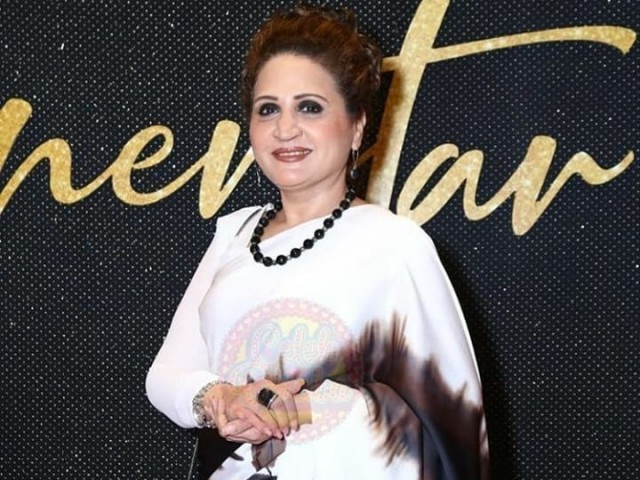 Asma Abbas is best known for her versatile acting career and a brilliant peace-rap with Bushra Ansari. Recently the video of an old interview with Abbas went viral in which she was seen discussing her married life.

She shared how she tied the knot with a man who has already been married to someone else for ten years. Her bold and some, rather confusing revelations raised quite a few eyebrows about the extent to which celebrities should share their private lives on public platforms.

“He had no kids,” Asma shared with the host of the show. “His family used to pressurise him to have kids since he belonged to a feudal background. You know how it works in such cases. The elders want a child to carry on the family name.

Asma clarified there was no lack of love or misunderstanding between her husband and his first wife.”He used to tell his wife, ‘Even if I do have to marry for the next ten lives, I would always choose you’,” she added. “Achanak mein nazar agai. (Then one day he saw me). That’s when he suddenly changed. Aadmi tou badal jatay hain (men change anyway). I mean it was all so sudden that four days before my husband ran into me, he was swearing to be with his first wife for the next ten lives.”

Asma had met her husband when she was a struggling artist performing at Al Hamra theatre.

“I was around 23-years-old,” she said. “He knows his way around words. He’s very handsome, had coloured eyes, an army officer. Everything a girl looks for in a man. I was fascinated by him. I was infatuated by him. When I saw the uniform, I agreed as well. He was caring. He gave me a car when mine wasn’t working.”

They got married within two months of their first meeting.

Need nothing more than this MashAllah!! @opmshoots This is a shoot done weeks ago. Saw this in my gallery today and realized how life is so short. So unpredictable. So please value eachother. Your family and friends. Live truly. Dont take anyone for granted. Because nothing is forever.

“His first wife wasn’t in the country at that time,” she revealed. “She came to know about our marriage when she saw a picture of me and my husband in a magazine. She was hurt. You know how it is. That’s what happens in the beginning.”

But her perspective changed when I had a chat with her the first time.

“I told her, ‘See, this (marriage) is done and it isn’t something that would end as well. It’s better we learn to live with harmony and peace,” she added. “I also shared that since none of us want to leave him, then it is better to come to terms with the situation at hand and live together.”

Asma, however, lauded her husband’s first wife for giving her the space and making it an easy ride for her.

“I knew that I am not here to take her place. So I never tried that. She was the elder one, she had control over the household, its expenses and how things went were. I never took that from her,” she added. “Mujhe pata tha mujhe chota ban jana hai foran.”