Music compos­er of 1947's Jugnu and many blockb­usters after that, is still widely rememb­ered and apprec­iated
By Adnan Lodhi
Published: November 15, 2019
Tweet Email 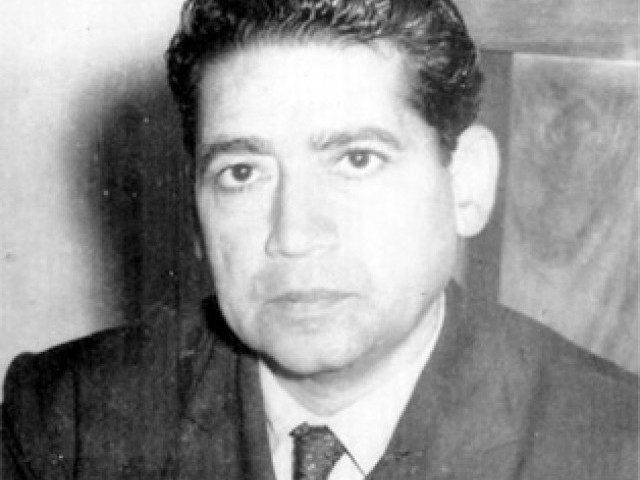 LAHORE: Today marks the 44th death anniversary of renowned Pakistani musician, director and composer of the 40s, Ferozuddin Ahmad, popularly known as Feroz Nizami. His family and friends continue to reminisce his achievements and the contributions he made for the industry before and after Partition.

Being among the first supervisors of music in the country, Nizami helped establish the ethos of composition in early Pakistani films and songs. He is also considered the person who introduced the legendary singer Muhammad Rafi to television.

While speaking to The Express Tribune his son, Javed remembered his father in vibrant words. “In his last years, my father started teaching music at the Lahore Arts Council and also started writing. His books, including Ramooz e Moseeqi and Israr e Moseeqi, are still a golden guide for musicians, whereas his book based on spiritualism named, Sarchashma e Hayat is based on his journey. His words still guide us through our everyday lives and the number of people gathered to pay homage to him even today are a sign that he was a great man.”

Aside from writing three books, Nizami’s life is filled with educational and professional accomplishments. He graduated from Government College Lahore after which he pursued music. He started with a job in All India Radio Lahore and later travelled to Delhi, Bombay and Lucknow in search for better opportunities.

Following this, Nizami ended up composing the music for Jugnu, a 1947 blockbuster directed by Noor Jahan’s husband, Shaukat Hussain Rizvi. He composed the music for several other films, but it was after this that his talent was recognised.

His work opened many doors for him post-Partition and he ended up producing surplus compositions for several Pakistani films as well. He was also the brother of former Pakistani cricketer, Nazar Muhammad and uncle of cricketer Muddasir Nazar.

Music composer and director Raza Shah added to the memories he had of the late legend. “Although there are many who entered the field of music and composition, Nizami’s talents surpassed them all. Everything people experiment with their newly-found technology today. He already did that during those days, in whatever raw and organic manner possible,” said Shah. “Nizami gave birth to fusion when he started mixing local music with western beats. Today’s artists need to explore his sound and be proud of the heritage we hold.”

Nizami’s wife also elaborated on the way he spent his life. “Before Partition, Bombay’s film industry was quite active and there were many big names that came forward during that period. But it was the talent of Feroze Nizami that led him to compose the music for Jugnu. After the success of Jugnu, he became known as one of the most reliable composers of music, but due to Partition, we decided to migrate to Pakistan.” concluded Ghulam Fatima.

Taylor Swift is taking a stand against tyrannical record labels