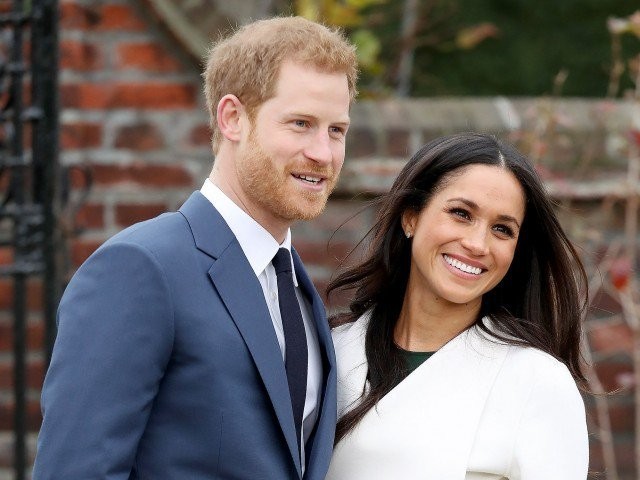 LONDON: Prince Harry and his wife Meghan, who recently complained about the pressures of life in the media spotlight, announced Thursday they will not spend Christmas with the rest of the royal family.

Instead of joining Queen Elizabeth II at her Sandringham estate in Norfolk, eastern England, the couple and baby Archie will spend the holiday with Meghan’s mother, who lives in the United States.

“The Duke and Duchess of Sussex are looking forward to extended family time towards the end of this month,” said a statement issued by the couple, who married last year.

‪This evening The Duke and Duchess of Sussex accompanied Her Majesty The Queen and members of @TheRoyalFamily to the annual @RoyalBritishLegion Festival of Remembrance. This special event, which has taken place every year since 1923 at the @RoyalAlbertHall, commemorates all those who have lost their lives in conflicts.‬ • ‪This year’s Festival marked the 75th anniversary of a number of crucial battles of 1944, with a particular emphasis on the collaboration and friendship of the British, Commonwealth and Allied armies who fought them. A unique tribute was given to acknowledge those involved both past and present, culminating in a special parade of some of the last surviving veterans who fought and served in 1944.‬ • ‪Their Royal Highnesses, who last year attended their first Festival of Remembrance together, were honoured to once again pay tribute to all casualties of war and remember those that have made the ultimate sacrifice for their country.‬ ‪#FestivalOfRemembrance ‪#WeWillRememberThem‬ Photo © PA / Royal British Legion

“Having spent the last two Christmases at Sandringham, their royal highnesses will spend the holiday this year, as a new family, with the duchess’s mother, Doria Ragland,” the statement further read. “This decision is in line with precedent set previously by other members of the royal family, and has the support of Her Majesty The Queen.”

It was not immediately clear if the couple would travel to visit Ragland, or invite her to Britain.

The announcement comes just weeks after Harry and his wife, a former US actress, gave a remarkably candid television interview about the pressure they felt from being the subject of global media interest.

Having attended the 10th Annual One Young World opening ceremony on Tuesday, The Duchess of Sussex was joined today by The Duke of Sussex for a round table discussion on gender equity with OYW and Queen’s Commonwealth Trust young leaders. Over the last few days, these young leaders became @OneYoungWorld ambassadors with the intention to return to their communities and further existing initiatives to help change the world for the better. This year OYW partnered with the @Queens_Commonwealth_Trust, of which The Duke and Duchess are President and Vice-President respectively, to provide scholarships to young leaders driving positive social impact in the Commonwealth. This was the most exciting collaboration between two groups The Duchess is passionate about and has been working with for some time. For more information and highlights from the week and how you can support these incredible leaders and their initiatives, visit @OneYoungWorld Photo © SussexRoyal / PA

The couple is suing a British tabloid for a story about Meghan and her father, and the prince is also suing two newspaper groups for phone hacking.

Speaking to ITV television last month, Harry referenced his mother Diana, who died in a car crash in Paris in 1997 while being pursued by photographers.

“I will not be bullied into playing a game that killed my mum,” he said.

He also confirmed reports of tensions with his brother Prince William, the second in line to the throne.

Meghan admitted that being a new mother while being in the spotlight was a “struggle”.