Former singer claims she's been grante­d a new life and wants to spend it in the way of God
By Entertainment Desk
Published: November 15, 2019
Tweet Email 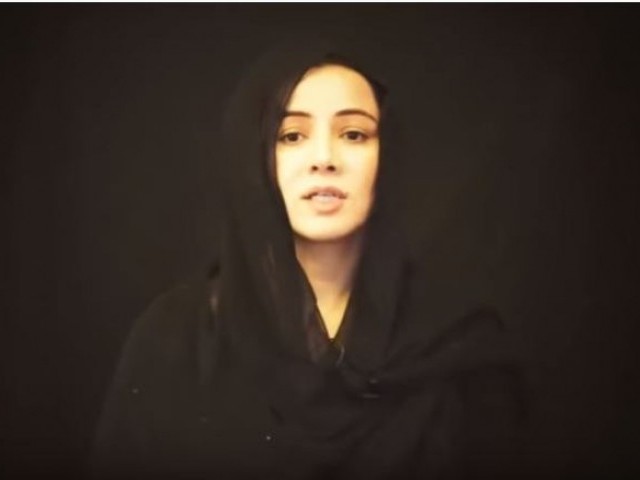 Rabi Pirzada has finally shed some light on the case of her leaked nude pictures, in a video interview released by a local news outlet on Thursday.

The former singer started by disclosing her conversations with God. She claimed she has been guided through a trial and that the controversy has brought her closer to Him than ever before. It has also made Rabi realise her shortcomings.

However, she maintained that her mistakes were private and should not have been disclosed. “Whatever I did, I did privately and my mistakes were between God and me. So I pray that whoever is spreading them and using them against me is punished,” Pirzada said.

The actor repeatedly quoted religious texts and went onto say that after the comprising data was leaked, she received many offers for ads, films, concerts and projects but declined them all because she had found her real path.

Pirzada broke into tears while explaining the discoveries she had made and talking about how she was treated after the controversy.  “Several women offered me their support, reassuring me and defending me. Most of them were affiliated with the #MeToo movement and associated my faults with #MeraJismMeriMarzi (My body my choice). But I know now that it should never have been my choice; it’s always God’s choice.” she elaborated.

She also said people made fun of her, calling what had happened ‘karma’ for her statements against PM Imran Khan and Modi. “Some even called it cheap publicity” claimed Pirzada. “I realise now that no matter how much I run from the world, I cannot run from my Lord.”

According to Pirzada, those who criticise people who turn to God after leading a life of mistakes are making the biggest mistake of them all. “You don’t realise that the comments you make about someone who wants to change are preventing them from a good cause. Hence, you will be responsible for that person’s future mistakes.”

Pirzada concluded by saying that she has left her previous passions behind and the next time she wants to sing, it will be a naat or praises for God. “I have been granted another life and I want to spend it practising my religion.”