Import-export gap stands at $7.77b which is in line with market expect­ations­
By Salman Siddiqui
Published: November 15, 2019
Tweet Email 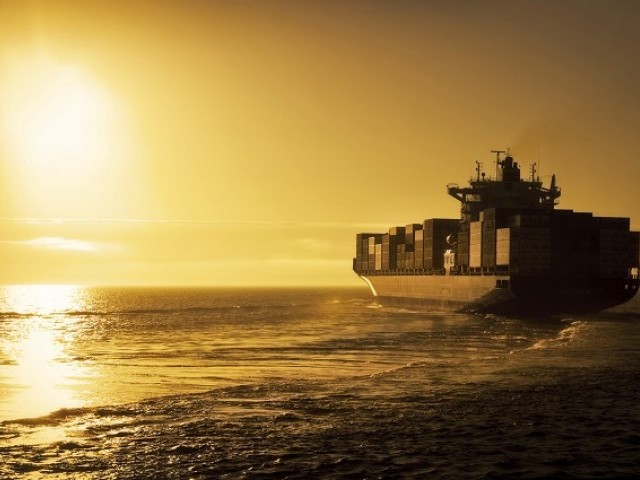 KARACHI: Pakistan’s trade deficit narrowed 33.52% to $7.77 billion in first four months (Jul-Oct) of the current fiscal year due to a notable contraction in imports.

Measures taken to address imbalances in the economy over the past two years such as rupee depreciation, hike in the benchmark interest rate and higher regulatory duty on imports helped improve the balance of trade but badly impacted industrial activities and slowed down economic growth.

The Pakistan Bureau of Statistics (PBS) reported that imports dropped 19.21% to $15.32 billion in first four months of fiscal year 2019-20 compared to $18.96 billion in the same period of previous fiscal year. Exports crawled up 3.81% to $7.54 billion in the four-month period against expectations of annualised growth of over 8%. Exports stood at $7.27 billion in the corresponding period of last year, according to the PBS.

“Had the government managed to slash imports considerably, the trade deficit would have also contracted considerably,” remarked JS Global Head of Research Hussain Haider while talking to The Express Tribune.

He argued that still supermarkets were full of imported goods. Anyone could name an imported product and he would find it in markets and malls, he said.

“The trade deficit figure is not surprising. It is largely in line with market expectations,” he pointed out. “The number would have surprised us had it been better than our expectations.”

The corrective measures have so far remained ineffective in helping achieve a meaningful growth in exports in dollar terms. Exports remained sluggish due to the prevailing low product prices in world markets amid a global economic slowdown, said central bank officials recently.

“However, exports of some of the sectors have surged up to 40% in volumetric terms,” State Bank of Pakistan (SBP) Governor Reza Baqir said this week. A drop in worker remittances over the past couple of months against expectations of a notable increase has brought a new challenge for the economic managers striving to restrict the current account deficit. The balance of trade also remains a key element in narrowing down the current account deficit.

Haider was of the view that the reduction in trade deficit in Jul-Oct 2019 was not an achievement to celebrate. “The economy has remained in a slowdown mode,” he argued.

The central bank has projected gross domestic product (GDP) growth of 3.5% for FY20, which is close to a nine-year low of 3.3% hit in the preceding fiscal year.

“The current account deficit and trade deficit have narrowed significantly but these improvements do not reflect in the country’s foreign currency reserves,” he said.

“They (reserves) are standing at $8.3 billion. This is the same level last seen in August,” he said and added that huge foreign debt repayments were consuming the reserves at a rapid pace.

According to him, the government needs to act and eliminate unwanted imports sooner rather than later.

“Pakistan is scheduled to make a big foreign debt repayment in December…the next tranche of IMF (International Monetary Fund) loan worth $450 million may help rebalance the reserves,” he pointed out.

He added that the data of first three months of FY20 suggested that imports had indeed dropped including those of machinery, petroleum, chemical, agricultural and metals groups due to the government’s corrective policy measures.

He cheered that textile remained the largest export industry of Pakistan, which was trying to perform better after the PTI government and the previous PML-N administration let the rupee depreciate massively. The IMF has projected that the trade deficit in the current fiscal year will narrow down to $24.8 billion. The projection is based on an 8.2% increase in exports and 4.7% contraction in imports.

The return of stability to the rupee-dollar parity and an extended rally at the Pakistan Stock Exchange were hinting at the return of good days soon, Haider said.