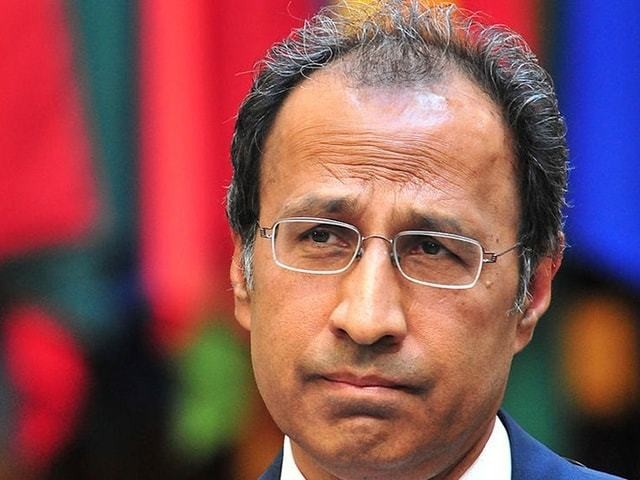 ISLAMABAD: The government is investing in human resources which will lead the country towards sustainable economic growth, said Adviser to Prime Minister on Finance Dr Abdul Hafeez Shaikh.

Addressing a conference titled “Margalla Dialogue ‘19 on Peace and Development in South Asia, Middle East, Central Asia (Sameca)” on Thursday, the adviser stressed that no country could achieve high development goals until it equipped its people with modern skills and technology to enhance their capability and help them contribute to the development of the country

The adviser was of the view that education, skills and tendency towards innovation and modern education played a vital role in the development of a society.

He stressed that the private sector had to play an important role in development and prosperity of the country while the government could only provide it support and opportunities.

Shaikh said around $100 billion in development funds were available for the private sector and the Asian Infrastructure Investment Bank (AIIB) would be the main supporter in that regard.

“I see opportunities in every sector of Pakistan which need to be exploited,” he remarked and invited foreign investors to invest in the creation of jobs in Pakistan.

Talking about regional connectivity, the adviser stressed that the country was playing an active role in enhancing connectivity among regional states which would help increase trade and investment in the region.

He said the government focused on economic stability which would lead to economic growth. “The current account deficit has decreased 40% with a considerable decline in the fiscal deficit,” he said. “The World Bank, in its Ease of Doing Business Report 2019, has placed Pakistan among the world’s top 10 reformers.”

The government has introduced a liberal policy to provide equal opportunity to every country regarding trade with Pakistan and cooperation in all sectors of the economy.

Shaikh said Pakistan took the lead in enhancing trade ties among member states of the Sameca region, primarily through projects focused on energy.

“The Casa-1000 project targets supply of up to 1,000MW of electricity from Tajikistan and the Kyrgyz Republic to Pakistan,” he added. “The $7.5-billion Turkmenistan-Afghanistan-Pakistan-India (Tapi) gas pipeline is another landmark project in the region.”

He emphasised that Pakistan was working on internal connectivity through road and rail links between Peshawar and Karachi, which would improve regional connectivity as well.

He noted that the Sameca region had a vast trade potential and Pakistan could play an important role in promoting trade linkages between Central Asia and South Asia.

The minister said Pakistan focused on promoting cooperation in the energy sector at the regional level.

“Pakistan is heading towards industrial development,” he said. “Other countries are heavily investing in e-commerce and digital economy, therefore, Pakistan should also pay attention to this.”

He underscored the need for investing in research and development and promoting the modern sectors similar to the Chinese model.

Talking about the China-Pakistan Economic Corridor (CPEC), he said other countries could become partners in the multibillion-dollar initiative and invest for the benefit of all nations.

“The government has expedited the pace and implementation of CPEC projects,” he stressed. “In addition to this, hurdles in the way of CPEC projects have also been largely removed.”

The minister called for initiating joint ventures with the private sector for achieving sustained economic growth.