It will be a great traged­y for the people of IOK if they encoun­ter a situat­ion which the Palest­inians are experi­encing­
By Dr Moonis Ahmar
Published: November 15, 2019
Tweet Email 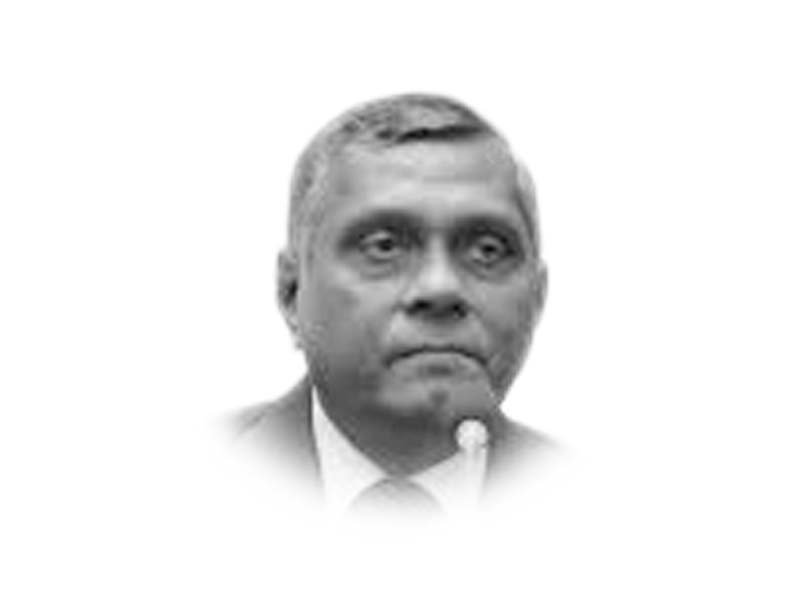 The writer is former Dean Faculty of Social Sciences, University of Karachi, and can be reached at amoonis@hotmail.com

Hundred days after the revocation of Article 370 and 35(A), India is still grappling with popular resentment in the Muslim-dominated Jammu and Kashmir (J&K). The August 5 Jammu and Kashmir Reorganisation Act and its implementation on October 31 meant to formalise the annexation of J&K by New Delhi.

Since the Indian government signed the so-called Instrument of Accession with Maharaja Hari Singh on October 26, 1947 till August 5, 2019, New Delhi pursued a gradual approach to grab J&K in such a manner that the momentum of Kashmiri resistance which had reached its peak in early 1990s was neutralised and finally liquidated. Over a period of 72 years, India has been able to establish its control over Jammu and Ladakh as both regions are now primarily non-Muslim territories. But the issue is of the Valley of Kashmir with eight million Muslim inhabitants. After more than 100 days of lockdown, press censorship and excessive use of force against demonstrations particularly in Srinagar, Indian authorities are confident they will permanently neutralise the popular resentment against military occupation of the Valley and ending J&K’s special status.

Is India’s policy of grabbing J&K going to have any impact on the international community and how would Pakistan, which calls J&K its jugular vein, reconcile with the fact of losing J&K to India? One needs to examine the age-old policy of India’s quest for territorial expansion particularly the one related to J&K from two angles. First, in order to pamper the inhabitants of J&K after signing the Instrument of Accession, India provided assurances about maintaining the identity of the Kashmiris by introducing Article 370 in the Indian Constitution. This gave J&K a special status by allowing it to have its own flag, president and prime minister and restricting the centre’s control to only defence, foreign affairs, communications and finance. Later on, in order to gain the trust and confidence of the local people, the Indian government introduced Article 35(A) which forbade Indian nationals from buying property and voting in state elections.

Cleverly, post mid-1950s, after establishing its control over J&K, India deviated from the granted autonomy and replaced the posts of president and prime minister of J&K with governor and chief minister. In order to prevent any popular movement against the erosion of Article 370 and growing Indian interference in the affairs of J&K, New Delhi introduced several black laws that allowed the use of cruel methods like detention without warrant. Several laws were introduced by the Indian government like the Jammu and Kashmir Public Safety Act 1978, Terrorist and Disruptive Activities Act (TADA) 1990, Jammu and Kashmir Disturbed Area Act 1990, and the Armed Forces (Jammu and Kashmir) Special Powers Act 1990. Such acts almost ended J&K’s special status and converted it into a military garrison of India.

Secondly, India’s annexation of J&K reached its final stage when Hindu nationalists led by the ruling BJP and its ally, Shiv Sena, realised their state was strong enough to abolish Articles 370 and 35(A). Armed with a two-thirds majority in the lower house, sound economic standing and strong connectivity at the international level, the Indian state decided to strike on August 5, 2019, by giving a practical shape to its age-old dream of annexing J&K into the Indian Union. During PM Modi’s first term, the BJP was breaking ground to implement its party’s manifesto of repealing Article 370 and 35(A). The ruling party also did a lot of homework to deal with any possible reaction to August 5, particularly when Home Minister Amit Shah and National Security Adviser Ajit Doval, during their visits to Srinagar, gave the final touches of ending J&K’s special status.

Both BJP hawks were confident that there will be no harsh reaction to scrapping Article 370 and 35(A), whereas eight million Muslim Kashmiris would be neutralised via lockdown, search operations, extra-judicial killings, and extra reinforcements of Indian military force. They were also confident that the Act would smoothly pass through the Indian Parliament despite the BJP lacking a majority in the upper house. In the absence of the State Assembly of J&K whose assent of the Jammu & Kashmir Reorganisation Act was a legal requirement, the puppet governor of J&K consented on behalf of the assembly. By embarking on such a drama devoid of legality and morality, the Indian government managed to grab J&K and divide it into two union territories of Ladakh, and Jammu and Kashmir.

After the administrative grabbing of J&K, BJP’s next and most important task is grabbing the land of its so-called union territory. Since now there is no legal hitch for Indian nationals to buy property in J&K, in the coming months one would see an influx of business tycoons from India with a purpose to invest in real estate and settle millions of non-Muslims in the Kashmir Valley. In the absence of any practical support from Pakistan and the deployment of around a million Indian military personnel, including the Border Security Force (BSF), popular resistance by Kashmiri Muslims is not an issue. Some of them can be co-opted in the new administrative set-up in the Valley and others who are diehard Kashmiri Muslim nationalists will be silenced with excessive force or through displacement. It may appear to be a nightmare for Kashmiri Muslims and their supporters in Pakistan but the manner in which India planned and executed its “grabbing J&K” policy is sufficient to pass through the painful process and finally control the land and people of the Valley.

Regrettably, over 100 days have passed and India has managed to maintain control of J&K. India failed to reciprocate Pakistan’s efforts in opening the Kartarpur Corridor for the Sikh community and has hardened its position since August 5 and October 31. In this scenario, the situation for Muslim Kashmiris is like being stuck between the devil and the deep blue sea as they cannot challenge the Indian military might, and if they assert their position they will face the retaliation of the Indian state. It will be a great tragedy for the people of IOK if they encounter a situation which the Palestinians are experiencing in the Israel-occupied West Bank and Gaza. As Israel has been able to get away with its occupation of Palestinian lands, India is following the path of the Jewish state.