Tomatoes and the IMF

Tomatoes and the IMF

Too bad that the poor can’t even use tomato­es as a WMD; it is beyond their means!
By Dr Pervez Tahir
Published: November 15, 2019
Tweet Email 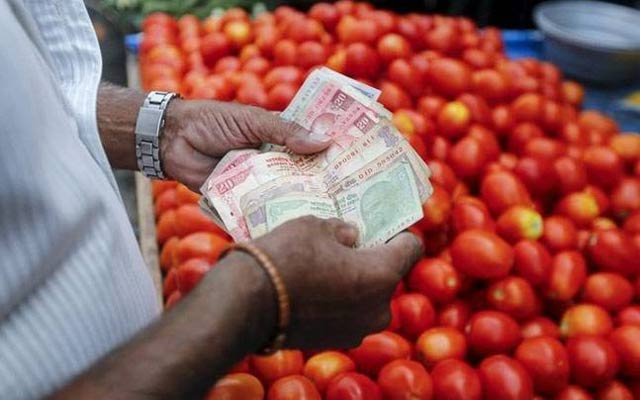 What have tomatoes got to do with the IMF? Well, everything. At the presser called the other day by the dream economic team to announce success in the IMF review, those asking questions were not interested. They had heard it all before. Representing the intensifying public sentiment, they wanted answers on inflation, the prices of atta (wheat flour) and, of course, tomatoes. Tomatoes take the cake because the price per kilogram (kg) revealed by the team leader confirmed yet again the story that “Islamabad is located 20 kilometres (km) away from Pakistan”.

Ordinary Pakistanis are bearing the brunt of an austerity regime that has no parallel in the country’s economic history. They are not concerned with the targeting of an aggregate rate of inflation. What they face in the “ordinary business of life” — and this is the textbook definition of economics — is the galloping prices of necessities to keep the body and soul together. It is not that the government does not have information. On November 7, its own Sensitive Price Indicator (SPI) recorded in Karachi an average price of Rs150 per kg for tomatoes. Under the very nose of the economic team in Islamabad, the SPI showed the highest maximum price of Rs180 per kg. Out of a total of 51 items on the SPI, tomatoes topped the list of 19 items that registered an increase. The increase over the corresponding week of the previous year was 289%. As a matter of fact, the prices of only two of these items rose by less than 10%.

A social unrest may be brewing. The people may have ignored the Maulana for his particular orientation or the two major opposition parties for their personalised dispositions. But it is not for nothing that a veteran like Chaudhry Shujaat Hussain has come out of retirement to advise the government to focus on rising prices and unemployment. Even the IMF’s insistence on social safety nets and the latest advice for effective use of PSDP funding to spur growth and job creation betrays an apprehension of what might go wrong.

As for tomatoes, poor quality of seeds, some inclement spells of weather, end of formal trade and strict barriers on informal trade with India, fencing of the border with Afghanistan and the age-old system of an extremely exploitative supply chain have contributed to a short supply. While year-round supply is made possible by the different crop seasons in the provinces, storage and transport inefficiencies delay supplies to main centres of demand. Other than trade with neighbours, all sources of the malaise lie in the provincial domain. This is true not just in the case of tomatoes, but nearly all essential items of consumption. Yet our centrist inclination holds the federal government responsible for all ills, which in turn starts running around ineffectively to show it is concerned. Chief ministers happily let the federal government take the flak. In panic, it won’t be a surprise if the federal government now allows imports from Iran, a border without any quarantine facility.

Too bad that the poor can’t even use tomatoes as a WMD; it is beyond their means!

Headwind slowing down progress of democracy