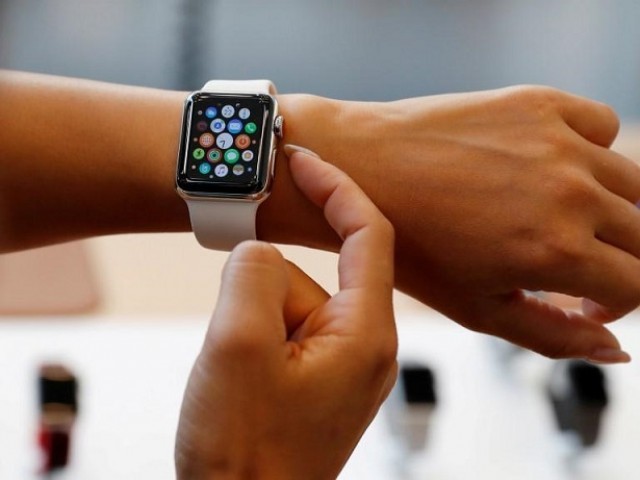 CHICAGO: Apple’s Heart Study, the largest yet to explore the role of wearable devices in identifying potential heart problems, found the device could accurately detect atrial fibrillation, the most common type of irregular heartbeat, US researchers reported on Wednesday.

The results, published in the New England Journal of Medicine (NEJM), come as technology companies increasingly strike up partnerships with drugmakers as a way to gather large amounts of real-time health data on individuals.

Earlier this month, Alphabet’s Google bought the health tracking company Fitbit for $2.1 billion. That followed Fitbit’s alliance in October with US drugmakers Bristol-Myers Squibb and Pfizer to develop their own technology to spot atrial fibrillation, a condition that significantly increases the risk of stroke.

Smaller players such as AliveCor have paved the way. AliveCor’s KardiaBand, a mobile phone accessory that can take medical-grade electrocardiograms (EKG) to detect dangerous heart rhythms, won US approval in 2017.

The Apple study, conducted by researchers at Stanford University School of Medicine, tested the Apple Watch’s heart rate sensor and algorithm in more than 400,000 participants who used an app to sign up for the eight-month trial.

During the study, only 0.5% of participants received a warning that they had an irregular pulse, a finding study authors believe should ease concerns that the device would result in an excess of notifications in healthy participants.

People flagged for an irregular pulse were sent an EKG patch to wear. Of those, 34% were found to have atrial fibrillation.

Dr Mintu Turakhia, a Stanford cardiologist and study co-author, said the aim was to evaluate how good the algorithm was and whether it was safe.

“If you turn this on out in the wild, how many people are going to get notified and what does that mean for patients, the healthcare system, payers, and patients themselves?” he said.

On that score, Turakhia said, the trial was a success.

NEJM editor Dr Edward Campion noted in an editorial, however, that everyone in the study had to own both an iPhone and an Apple Watch, making all participants customers of the study sponsor.

Dr Daniel Cantillon, a Cleveland Clinic cardiologist who was not involved with the study, called the technology promising, but said more than half of the people who signed up were under 40, a group already at low risk for atrial fibrillation.

“The overarching concern is are we identifying the sick, or are we scaring the healthy?”

Facebook introduces option to turn off the notification dots