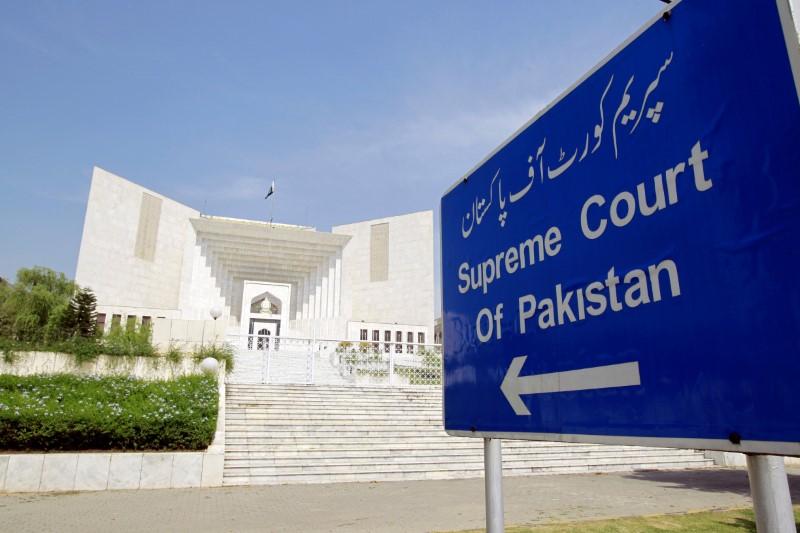 ISLAMABAD.: The Supreme Court has directed the federal government to submit the list of the people detained in internment centres situated in tribal districts that were merged with Khyber-Pakhtunkhwa (K-P) last year.

A five-judge larger bench, headed by Chief Justice of Pakistan Asif Saeed Khosa, issued the directive on Wednesday while hearing the federal and the K-P governments’ appeal against the Peshawar High Court’s (PHC) order to annul the K-P Action (in Aid of Civil Power) Ordinance, 2019.

The K-P Action (in Aid of Civil Power) Ordinance, 2019, issued by the K-P governor on Aug 5, gave legal cover to several detention centres set up during the military operations in former tribal areas.

The ordinance also assigned wide-ranging powers to the authorised officers and armed forces besides giving an interning authority to detain a suspect until the continuation of action in aid of civil power by the armed forces.

However, the PHC on Oct 18 declared it unconstitutional, violating all fundamental rights as enshrined in the Constitution. It directed the K-P government to share the list of inmates with the police department apart from directing the inspector general of police to take over all ‘illegal’ internment centres.

During the hearing on Wednesday, the chief justice noted that there is an apprehension that interned person might be shifted from seven internment centres. “Therefore, the details of these people should be shared with the court. However, the list will not be made public,” he added.

The CJP, questioning legality of that ordinance, noted that certain rights cannot be taken away by invoking Article 245 (1) of the Constitution.

Under Article 245 (1) of Constitution, the armed forces shall, under the directions of the federal government, defend Pakistan against external aggression or threat of war, and, subject to law, act in aid of civil power when called upon to do so.

He also wondered how the judicial powers can be taken away through regulation, adding that a detainee has to be presented in a court of law within 24 hours.

The chief justice also referred to Article 8, which says the state shall not make any law which takes away or abridges the rights so conferred and any law made in contravention of this clause shall, to the extent of such contravention, be void.

“Its constitutional issue which is affecting thousands of individuals and millions of families,” he said.

Earlier, an unpleasant scene was witnessed in the courtroom when the Attorney General for Pakistan (AGP) Anwar Mansoor Khan came to the rostrum and raised an objection to the inclusion of Justice Isa – who is facing a presidential reference seeking his removal – in the bench.

The AGP said one member of the bench is ‘biased’ against the president, the prime minister, the law minister, the army and the AGP. He also alleged that the SC judge is sitting with a ‘fixed mind’.

By the end of proceedings, the CJP asked the AGP to forget about his objection on Justice Isa, saying  judges decide cases without fear and favour as they have taken an oath to decide matters in accordance with the law and the Constitution. The hearing of the case was adjourned till today (Thursday).

During the hearing, one member of the bench noted that a tax officer cannot give an opinion about the violation of section 116 of Income Ordinance without assessment.  Justice Maqbool Baqar noted that it is not the allegation that fund for the purchase of properties was provided by petitioner judge.