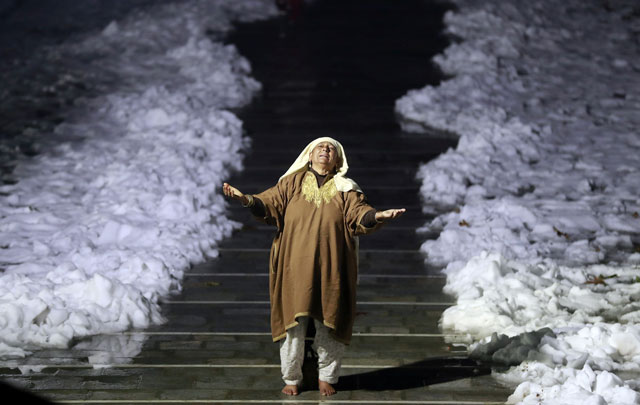 ISLAMABAD: Stories of individuals affected by atrocities touch people the most and these should be used to tell the world about the human rights violations which the indigenous population is suffering at the hands of soldiers in Indian Occupied Kashmir (IoK).

This was stated by participants during the fourth a meeting of a working group on Kashmir, formed by the Institute of Policy Studies (IPS) to keep an eye on the latest developments in IoK after its special status was revoked and the disputed Himalayan Territory was put under a curfew on August 5.

Ambassador (retired) Altaf gave a presentation about the hearing on Kashmir in a US Congressional subcommittee on ‘Human Rights in South Asia’.

Furthermore, he said that the UK Parliament recently debated the Kashmir issue and judging from the statements from 30 British lawmakers, it seems as if the dispute had cropped up only after August 5 when India abrogated Article 370.

He pointed out that for the MPs, the main concern was not the lockdown, but the ban on mobile services and communications.

“Individual case studies and correct language can provide a new perspective to the world regarding IoK,” he suggested.

By contrast, in the Congressional hearing, an overwhelming number of questions were related to India and Occupied Kashmir.

Ambassador Altaf said that the subcommittee listened to expert witnesses regarding human rights and terrorism in Kashmir even though the issue was taken up after a very long time.

However, no Kashmiri Muslim took part in the testimony as a witness as the Indian government tried its best to prevent people from giving testimony, he said.

The Congressional hearing also debated that foreign journalists, diplomats and officials, including US Senator Chris Van Hollen, were not allowed to visit the Kashmir valley to get firsthand information and the subcommittee’s chairman Brad Sherman asked how can the US trust Indian officials when the government does not allow diplomats to visit the disputed region, the former envoy noted.

The retired diplomat also highlighted that the testimony of US State Department’s Assistant Secretary for South and Central Asian Affairs Alice Wells who said that US-India relations are based on partnership not on dictation and so Washington cannot interfere in the internal affairs of India.

Moreover, he said that the US official pointed to how Washington has no objection regarding revocation of Article 370, but only to the human rights situation and advised Pakistan and India to resume dialogue to resolve issues under the Simla Agreement.

“There was no logical conclusion to the testimony, which shows that Congress is not serious on this issue,” Ambassador Altaf concluded.

The speakers said that in an era of ‘war of narratives’, it must be kept in mind that many lobbies are involved in the Kashmir issue and care must be taken not to alienate any major group that supports the cause.

Instead, the key is to create awareness, which will provide motivation and lead to doable action.