Going smokeless: Lahore to be a tobacco-smoke free city

Going smokeless: Lahore to be a tobacco-smoke free city 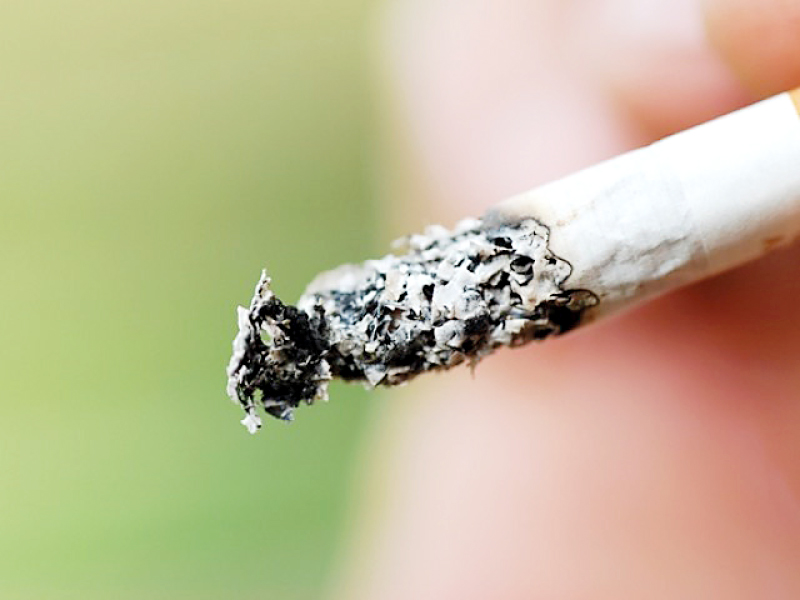 LAHORE: In a bid to control passive smoking, district authorities have drafted a comprehensive plan to turn Lahore into a tobacco-smoke free city.

The plan, which seeks to ban smoking in all public spaces, including parks, marriage halls and public transport, will seek the help of the Ministry of Religious Affairs to direct ulema and prayer leaders to discourage smoking in Friday sermons. In addition to that, the sale of cigarettes within 50 metre radius of any educational institute will also be prohibited and anti-smoking banners will be effectively placed on the gates of schools and college campuses across the city.

According to the details and documents obtained by The Express Tribune, the aforementioned plan was discussed in presence of 17 key officers of federal and provincial departments at a meeting held at the Deputy Commissioner’s office in Lahore. Minutes of the meeting were issued on October 24 and all departments party to the meeting, including the Department of Health, Department of Excise, Department of Education, School Department, Lahore Transport Company, Mass Transit Authority, Parks and Horticulture Authority and Federal Ministry of Health, were issued strict deadlines to execute the tasks assigned to them.

The ‘tobacco-smoke free city’ plan also involves forming a special task force to enforce the ban in public places, including tourist and recreational spots. A Tobacco Control Cell will also be set up in the office of Deputy Commissioner Lahore, in collaboration with the Ministry of National Health Services, Regulation and Coordination (NHSRC)

Other than limiting the sale of tobacco and establishing smoke free zones, the meeting also suggested the re-enforcement of the Punjab Tobacco Vendor Act, 1958, to regularise the sale of tobacco in the city. According to details of the meeting, organisers will be required to submit an affidavit while taking NOCs for hosting events in public spaces including halls and marquees, to ensure that the event will be free from smoking.

Furthermore, district administration will also provide anti-smoking pamphlets and handbills at mosques and seek the assistance of the provincial health department to set up clinics and ‘quit-smoking’ support centres across the city, to help addicts recover from tobacco addiction. In addition to that, educational institutions will also be advised to conduct anti-smoking seminars in collaboration with the Affiliated Education and Higher Education Commission, to discourage students from smoking.