The Justice that failed India

The Justice that failed India

Hatred veiled in the projec­t to turn India into a Hindu state has set off alarm bells among leadin­g intell­ectual­s
By Durdana Najam
Published: November 14, 2019
Tweet Email 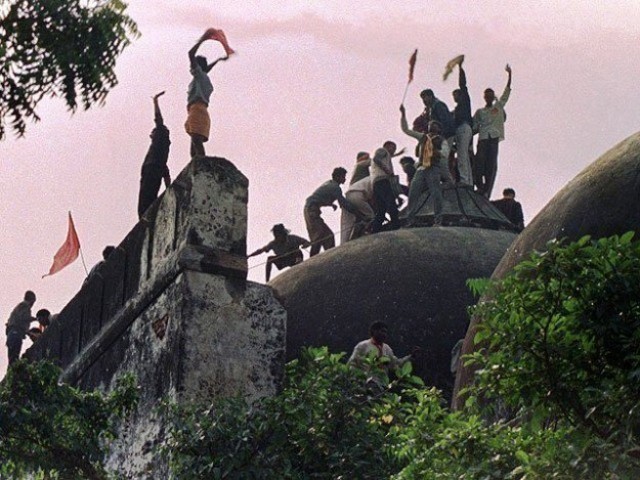 Minorities in India are increasingly being overshadowed by the obsession of the Bharatiya Janata Party (BJP) to turn the country into a Hindu state, not only in ideology but also in mannerism, in societal approach and even in entertainment. Ever since Modi’s return to power early this year, a renewed vigour seems to have kicked in to take away any symbol that either had a colonial veneer or a façade reminiscent of the Mughal rule that brought Islamic culture and heritage into the Sub-continent.

Many Muslims had been killed because they dared to eat beef — the revered flesh of the goddess cow looked up as a devotional creature in Hindu mythology. Then the non-Hindus were roughed up for refusing to chant Jai Shri Ram (Glory to Lord Ram). A special movement, titled “Ghar Wapsi” (back to home), had been initiated to bring the converted Christians and Muslims back into the folds of Hinduism. Subsequently, on August 5, 2019, through a single stroke, Kashmiri Muslims, who had been struggling to transform their quasi-independence into complete freedom, were thrown into a dark alley to forever grapple for their identity which was now subsumed into the Hindutva landscape. Going further, the morning of November 9, 2019 drove a new wedge into the Hindu-Muslim relations when the Supreme Court (SC) of India finally handed down the reign of the Babri Masjid site at Ayodhya to Hindus to build a temple.

The judgment of this case is unique. It simultaneously depicts Muslims as a party deprived of its rights to own the mosque and yet ordering them to throw in the towel in favour of Hindus. The sledgehammer of the national registry in Assam is also ready to cut off the roots of 2 million Muslims from India. These people had escaped the 1971 war in then East Pakistan to settle down in neighbouring Assam, without bothering to follow the procedure of getting India’s citizenship. Little did they know that one day their status as an Indian resident would be challenged.

In his march to illiberal democracy, Modi has the support of the Indian media. They both have developed an unusual penchant to frame Pakistan in the context of terrorism which, by extension, has a historic connotation with Islamophobia — the Western term coined to (falsely) describe Islam as a religion that intimidates others through its extremist ideology that allows terror and violence.

When Modi or the Indian media relate Islam with terrorism, they cast suspicion on the 140 million Muslims living in their country. With this attitude towards Muslims, India is inadvertently lending credence to the idea of the Two-Nation Theory, based on which Pakistan was created. The theory postulated that Hindus lacked the appetite to tolerate Muslims.

In his book, We or Our Nationhood Defined, published in 1939, the Rashtriya Swayamsevak Sangh (RSS) ideologue Madhav Sadashiv Golwalkar has branded all non-Hindus as “traitors and enemies to the national cause”. Inspired by the Nazi doctrine of “otherisation”, Golwalkar wrote, “Germany has also shown how well-nigh impossible it is for races and cultures, having differences going to the root, to be assimilated into one united whole, a good lesson for us in Hindustan to learn and profit by.” Golwalkar further wrote, “Wrong notion of democracy duped us into believing our foes to be our friends.”

No wonder the verdict of the Indian top court on Babri Masjid was celebrated in the Golwalkar way.

While lawyers at the SC chanted “Jai Shri Ram”, Chief Justice Ranjan Gogoi threw a dinner for his colleagues that night at the Taj Mansingh in Delhi. A senior leader of the BJP, LK Advani — who had led the initial mob to desecrate the Babri Masjid in 1992, which in its aftermath had triggered one of the bloodiest anti-Muslim pogroms in the country — hailed the decision a victory of justice. “I stand vindicated, and feel deeply blessed, that the SC has given its unanimous verdict paving the way for the construction of a magnificent temple for Lord Ram at Ramjanmabhoomi in Ayodhya,” he said. For the rest of the right-wing nationalists, the decision had wrapped up a conflict dating almost a century.

But for some, the verdict has made a mockery of justice, especially for those who had witnessed the mob, on December 6, 1992, led by Advani along with other BJP stalwarts including Uma Bharati, instigating the crowd to pull down the 16th century mosque. Rioters marched through Ayodhya’s streets and raped hundreds of Muslim women as part of anti-Muslim riots. From there on, Muslims in India became outsiders and invaders. Later what happened in Gujarat in 2002 under the command of Modi as the chief minister was simply an extension of the hatred that Golwalkar and Advani had institutionalised way back in 1939 and 1992, respectively.

The celebrations of the so-called justice which exonerated the perpetrators of the violence that claimed more than 1,000 Muslim lives is, in fact, a reflection of India’s march towards illiberal democracy and an about-turn from its secular stance. It is no more Gandhi’s India; it is Golwalkar’s India, which the RSS-led BJP is striving to build.

If in Kashmir, Muslims have been thrown into a limbo, elsewhere they are being stripped of their right to dignity with a blatant message wrapped in the Babri Masjid verdict that henceforth the decision about their faith and its sanctity would be decided by the majority that unfortunately comprises right-wing supremacists.

This hatred veiled in the ambitious project to turn India into a Hindu state has set off alarm bells among leading intellectuals from India. Amartya Sen, a Nobel Prize-winning economist told The New Yorker magazine, “People are afraid. I have never seen this before.” He added that his friends were reluctant to talk to him on the phone. Perturbed by the judiciary’s increasingly compromised position, Pratap Bhanu Mehta, an eminent Indian academic, has opined, “The noose is tightening around all independent institutions in India.”

Though the West sounds apprehensive of India’s treatment towards Muslims, they lack the courage to put a spotlight on the dark side of Modi’s India which has become a threat to the minorities and the very idea of democracy.

What else but India’s 1.3 billion-strong market could explain this waning courage.