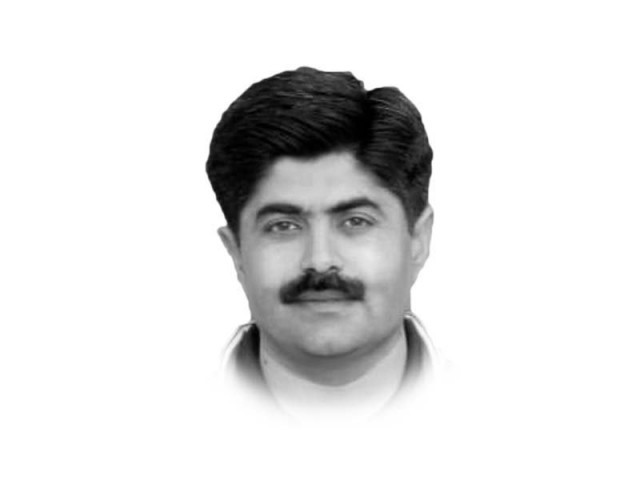 The writer is an analyst on security and strategic issues associated with DHA Suffa University, Karachi. He can be reached at ahmedsaeedminhas81@yahoo.com and @DrAhmedSaeedMi1

Hybrid warfare is in full swing in Pakistan. A sit-in at Islamabad has become a source of instability for Pakistan’s international stature in economics, politics and diplomacy. The question of can Pakistan afford it needs to be analysed simplistically for identifying tangible threats. The sit-in has to be seen in the backdrop of international and national happenings over the last three months. With due respect for all political forces, the sit-in is extremely detrimental to Pakistan’s international demeanour, and poses security challenges. It seems that Pakistan may suffer from three major drawbacks because of the sit-in that may tarnish its now refurbished reputation.

Firstly, the Kashmir issue has been affected by the sit-in. India has been smart enough to make the best use of the political uncertainty in Pakistan. It has successfully diverted the international media’s attention from IOK where Kashmiris are brutally subjected to atrocities and human rights abuses through continued curfew for over three months now. Moreover, India has further violated the UNSC resolutions on Kashmir and officially issued a new political map indicating Ladakh and Jammu as Indian Union Territories, besides showing Azad Kashmir and Gilgit-Baltistan as part of India. It is by no means a small happening. Pakistan’s Foreign Office did reject the Indian act, but failed to convince global diplomatic quarters into expressing similar concerns. Even the international media absorbed it as something normal and as part of India’s internal affair. The media, which would have tangibly highlighted India’s undiplomatic act as it did in case of the revocation of Kashmir’s special constitutional status, is now busy projecting Pakistan as a destabilised country, citing the ongoing sit-in. Pakistan is being presented as a “Banana Republic” unable to protect its own societal and political fibres. All these negative strands could dilute what our Premier had secured at the UNGA by internationalising the Kashmir dispute.

Secondly, the sit-in is being celebrated and given extensive coverage by the Indian media which undoubtedly has international ingress and standing. The yellow-dressed “Ansar-ul-Islam” personnel of the sit-in party is massively damaging Pakistan’s soft image. The Indian media is presenting the attire as a symbol of religious fanatics who have gathered to unseat a democratically-elected government. Religion card is being used to meet political ends. The Western narrative of Islamist extremism could get further steam, and this time from the land of pure. Can any Pakistani let this happen i.e. bring a bad name to the state? The answer is surely ‘No’. Pakistani diplomats who have been relentlessly defending Pakistan’s interests with regard to mitigating the chances of putting Pakistan on the FATF blacklist could find themselves again on ground zero. One should not forget that it was India which accused Pakistan at the FATF of sponsoring and financing terrorism. So the sit-in without any concrete grounds is nothing but the most important building block that could push Pakistan towards unrecoverable economic, diplomatic and political damage. It may be recalled here that at the FATF Plenary in October, Indian diplomats used the sit-in party’s military-style parade to bolster their arguments against the efforts of the Pakistani diplomats to project Pakistan as a responsible state.

Thirdly, the most sensitive and the least desired thing is to cite the alleged role of the armed forces in politics. Here, the sit-in leadership is naively playing into the hands of enemy. The fact is that the armed forces of Pakistan are recognised and respected at national and international levels to have the will and potential to combat multi-dimensional security threats to Pakistan. Any attempt to pitch the armed forces against its own people would be disastrous, as has been attempted by the sit-in leadership.

The armed forces have unprecedentedly won the War on Terror and are currently engaged in operation “Radd-ul-Fassad” through Intelligence-Based Operations (IBOs). Even, the US with all its latest gadgets could not do so in Afghanistan and elsewhere. Besides, the Army is fencing the Pak-Afghan border under extremely hostile conditions, meant to check infiltration from the Afghan side. The fencing and the rehab programmes being managed by the Army don’t gel with the nefarious designs of the hostile intelligence agencies, inter alia, the Afghan NDS and the Indian RAW. And then there is the Pashtun Tahaffuz Movement (PTM) too. All these have been carved under a well thought-out anti-Pakistan strategy. A stable Pakistan is not in the interest of its enemies. Their designs are to divert the armed forces’ attention and efforts. The sit-in leadership should avoid doing anything that may not go well with Pakistan’s strategic, diplomatic and political interests.

Our armed forces have been fighting with the sole purpose of protecting our geographic and ideological frontiers; however, they can’t do it without the nation’s support. The political forces should prove they are equally patriotic. Notwithstanding the political differences, the political forces have to act wisely so as to offset the external security challenges being faced by Pakistan by demonstrating national unity.