Farmer­s burnin­g stubbl­e in their fields in areas around the city have been genera­ting clouds of acrid smoke
By Reuters
Published: November 13, 2019
Tweet Email 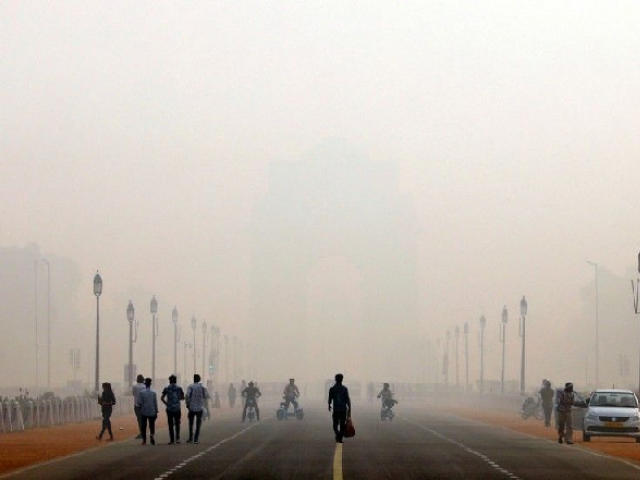 NEW DELHI: Cooler temperatures and lighter wind trapped heavy smog over the Indian capital on Wednesday, pushing pollution to ‘severe’ levels in many places with no immediate relief in sight, government agencies said.

The overall air quality index (AQI) in the city was 494, according to the monitoring agency SAFAR.

The index measures the levels of airborne PM 2.5 – particles that can reach deep into the lungs. Anything above 60 is considered unhealthy.

With the cool season setting in, the city was likely to suffer for weeks.

And the smog returns

“Now that it is getting colder, the air is not rising high enough to disperse pollutants. The whole trapping is happening close to the ground,” said Anumita Roy Chowdhury, an executive director at Centre for Science and Environment, a Delhi-based research and advocacy organisation.

The Central Pollution Control Board said pollution levels had touched 500 in some parts of the city, meaning danger for healthy people, not just those suffering from existing conditions.

Farmers burning stubble in their fields in areas around the city have been generating clouds of acrid smoke, SAFAR said, and the smog could get even worse.

“No sudden recovery is expected under this condition at least for the next two days and AQI is likely to deteriorate further,” it said.

The city government is restricting private cars until Nov 15 with an “odd-even” system based on the licence plates but Roy Chowdhury was not optimistic it would help much, given the weather.

“Emergency measures cannot clear the air up when there is no wind to blow pollution away. It is a day-to-day battle right now,” she said.